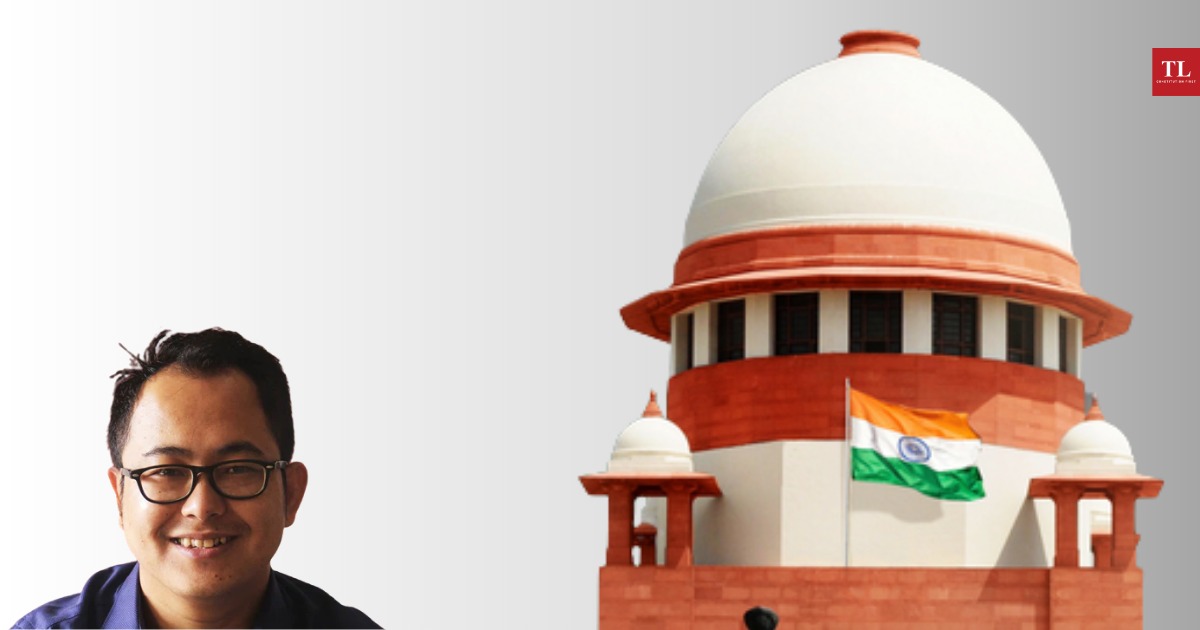 “Can’t keep him in jail even for a day”, says SC; orders immediate release of activist Erendro Leichombam detained for “cow post”

The Leaflet·July 19, 2021
Home
Due Process
Democracy and Rule of Law

THE Supreme Court Monday directed the immediate release of Manipur activist Erendro Leichombam, detained under the National Security Act(NSA) for Facebook posts that said ‘cow dung and cow urine’ do not cure Covid.

A bench of Justices DY Chandrachud and MR Shah passed an order to this effect.

“We are of the view that the continued detention of the petitioner before this Court would amount to a violation of the right to life and personal liberty under Article 21 of the Constitution”, the bench said.

The activist’s father L Raghumani Singh had filed a petition in the court arguing that the NSA was only invoked to defeat the bail earlier granted to Erendro.

When Solicitor General Tushar Mehta, appearing for the Manipur Government, sought a day to look into the matter, Justice Chandrachud remarked “We can’t keep him in jail even for a day. These are innocent people”.

Advocate Shadan Farasat, appearing for the petitioner, submitted that even Indian Penal Code(IPC) offences had not been made out from the Facebook post, let alone warranting his detention under the NSA.

Farasat said he was also seeking compensation as Leichombam had been deprived of liberty without just reason. The Court said it would consider it on the next date of hearing.

Leichombam along with journalist Kishorechandra Wangkhem, were arrested for posting the comment over the death of Saikhom Tikendra Singh, the then state BJP President from the Covid19. Manipur BJP Vice-President Usham Deban and General Secretary P Premananda Meetei had filed a complaint against them saying their posts were offensive.

Leichombam was later detained under the NSA on May 17. Since then he is under detention.