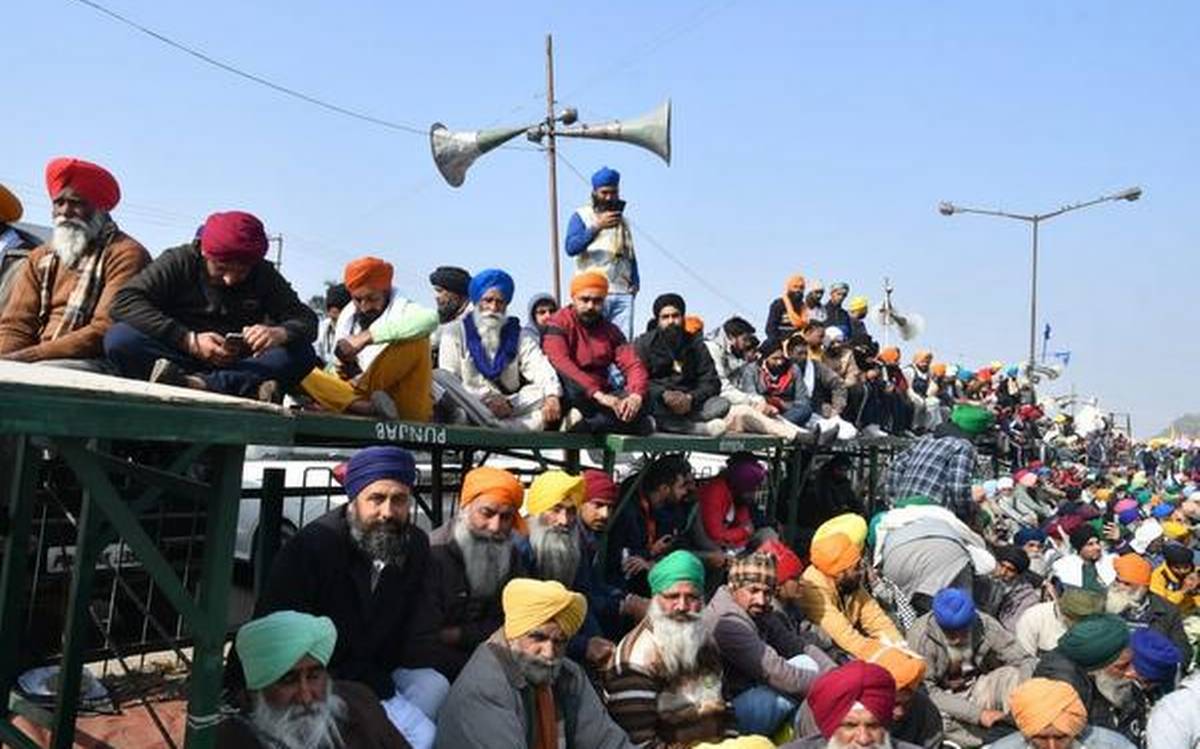 Can the State Curb All Protests if Some Turn Violent?

Violence at a protest should not become an excuse to suppress peaceful protesters. The powers under Section 144 are not meant to suppress the legitimate expression of opinion, any grievance, or democratic rights. SHIVANSH SAXENA explains what international law says on assemblies and demonstrations and how the Indian experience squares up.

IN recent times, all shades of protesters got vilified in India, be it the anti-CAA movement, the Kashmiris, and even farmers. Even the right to assemble peacefully got trampled. Somehow, often at a peaceful protest or procession, violence breaks out. The authorities then find a license to baton-charge the protesters, fire tear gas shells, or worse.

Usually, violence prompts the government to muzzle dissent by imposing section 144 or shut down internet access. While protesters blame the fiasco on anti-social elements, ordinary people question the legitimacy of movements.

There is a significant rise in the number of internet shutdowns and the frequency with which Section 144 is imposed, especially in Kashmir. However, is the right to peaceful assembly an individual right, a collective right, or both? This question needs to be examined in the context of international law.

Nature of Freedom of Assembly

The right to peaceful assembly protects individual autonomy and the right to express solidarity.

The freedom to assemble peacefully and in an unarmed way is a fundamental right guaranteed by the Constitution. It is an individual right, exercised collectively. Thus, an associative element is inherent to this right. However, there is a long list of arbitrary government decisions and high-handed police actions which curtail this right.

Human Rights Resolution 15/21 affirms that “everyone has the rights to freedom of peaceful assembly and of association”. This provision must be read with Article 2 of the International Covenant on Civil and Political Rights. The Covenant stipulates each state that is a party to it too must “respect” and “ensure to all individuals” the rights it recognises.

Race, colour, sex, language, religion, political or other opinions, national or social origin, property, birth, etc cannot determine whether one has the right to peaceful assembly or association. Article 26 of the Covenant guarantees all individuals equal and effective protection against discrimination on grounds identified in Article 2.

Article 21 also protects peaceful assemblies wherever they occur: outdoors, indoors, online, within public or private spaces, or everywhere. An assemblage can demonstrate, protest, hold a meeting, procession, rally, sit-in, candlelit vigil, and flash mob. Protests are protected whether they are stationary (a picket), or mobile, such as in processions or marches.

There is a two-stage process to establish whether an individual’s participation in an assembly is protected by Article 21: First, whether their conduct amounts to gathering for a “peaceful assembly” as the article stipulates. If so, the state must respect and ensure the rights of each participant. Second, whether any restrictions to exercising the right are legitimate.

Normally the right to peaceful assembly pertains to a physical gathering. However, Article 21 protects remote participation in or organisation of assemblies as well. Spontaneous assemblies, which are typically immediate responses to events, whether coordinated or not, are also protected.

Counter-demonstrations are assemblies that take place to express opposition to another. They have recently become very common, and they are also protected by Article 21. The right to peaceful assembly may be limited, but authorities must justify the restrictions by showing that they are legal, necessary, and proportionate to at least one of the permissible grounds for restrictions in Article 21.

There is an exhaustive list of legitimate grounds to restrict the right to peaceful assembly. These include national security, public safety, public order, and protecting public health or morals, or others’ rights and freedoms.

Disha Ravi, a 22-year-old climate activist, was arrested for editing a document [called toolkit] that sought to promote and organise the ongoing farmer protests. The police arrested her on the charge that the toolkit signals a coordinated international conspiracy against India. She is currently out on bail.

The violence of an individual does not take away the collective right to assemble peacefully. It is the state’s responsibility to rectify violent individuals and help peaceful individuals join an assembly.

The imposition of section 144 of the Criminal Procedure Code, revoking access to the internet, and stopping railway services as a “precautionary measure” to stifle protests is a new normal. Regular shutdowns are incompatible with the vision of a Digital India and contradict our founding idea of constitutional, democratic respect for rights.

India has imposed 510 internet shutdowns since 2014, the number increasing every year. It started with three in 2012, and in 2020 India had 129 shutdowns. The longest was in Kashmir, and it lasted for 213 days after the abrogation of Article 370 of the Constitution.

While the State has the power to shut down the Internet during a public emergency, it must pass the test of proportionality. In other words, there has to be a rational nexus between the object and the means adopted to achieve them. In People’s Union for Civil Liberties vs Union of India, the Supreme Court clarified that a “public emergency” means a sudden condition or state of affairs that affects people at large and calls for immediate action.

At-risk must be public safety, sovereignty, national integrity, state security, friendly relations with sovereign States, public order. Or, the section must be applied to prevent incitement to commit an offence.

A four-pronged test was curated in KS Puttaswamy vs Union of India to assess the proportionality of state action as a) The action must be sanctioned by law b) necessary for a democratic society for a legitimate aim c) The extent of interference must be proportionate to its need and d) There must be procedural guarantees against abuse of such interference.

Section 144 of the CrPC is supposed to apply when immediate prevention or speedy remedy is desirable. Section 144 (1) provides that the mere opinion of a magistrate as to whether there is sufficient ground to impose restrictions under the section is enough.

However, the Supreme Court has established the objective tests to undo the risks of subjectivity attached with section 144(1).

The test is not mere likelihood or tendency; the section says the magistrate must be satisfied that immediate prevention of particular acts is necessary to counteract danger to public safety, etc.

Some necessary prerequisites of the order under Section 144 are a) It is an executive power b) Sufficient grounds must exist to proceed c) immediate prevention or speedy remedy is desirable and d) The order in writing must state the material facts and be served upon the concerned person. If there is no “imminent danger” to peace and tranquillity, section 144 cannot be imposed.

Therefore, mere apprehension or remotely-related evidence are not valid grounds under section 144.

The Supreme Court held in Anuradha Bhasin vs Union of India that orders under Section 144 have direct consequences for fundamental rights. If imposed in a casual and cavalier manner, it would be severely illegal. The danger contemplated should be like an “emergency” and its provision must be invoked to prevent obstruction, annoyance, or injury to any lawfully-employed person. The powers under section 144 are not meant to suppress the legitimate expression of opinion, any grievance, or democratic rights.

Section 144, internet shutdowns, and stopping rail services violate the right to assemble peacefully. International law is quite progressive in terms of human rights, but it still feels like a Utopian concept when matched against how states execute them. If violence breaks out during protests, it cannot become an excuse for the state to suppress the rights of those who were peacefully protesting. Besides, protesters have to seek permission from authorities before they gather in a procession or protest. If permission is required to exercise a right, is it a right at all?

(Shivansh Saxena is a student at the Vivekananda Institute of Professional Studies, IP University. The views expressed are personal.)