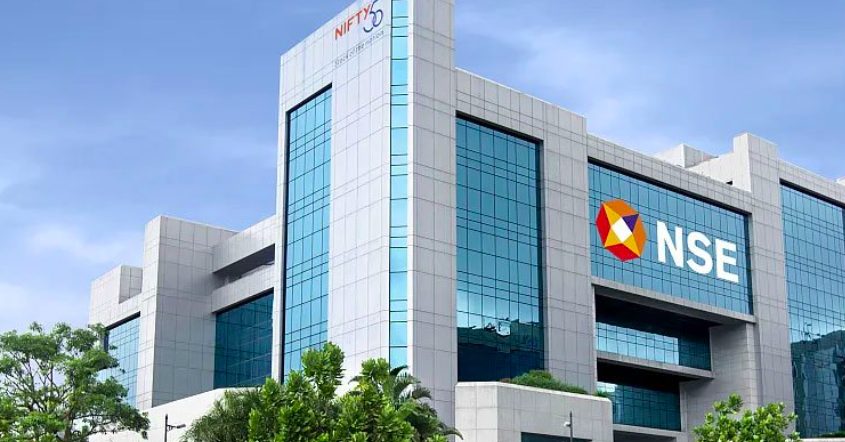 Can NSE Cherry-pick Its Punishment for the Algo Scam? Does SEBI Have the Power To Permit It?

The National Stock Exchange (NSE) released its annual report over the weekend, making news for the announcement that it was planning to apply again for an initial public offering (IPO). The Indian capital market is in a rare bull market where food delivery major Zomato is seeing its share price surge after a hugely successful IPO without any sign of profits. Policybazar, another loss-making entity, is all set to pick up funds and the public is lining up to provide funds, not only to it but almost every internet company that is quick enough to ride this wave!

It is natural that NSE’s foreign institutional investors are chafing at the bit and want the largest and most profitable (70% operating margin) derivatives exchange in the world, in terms of contracts, to list and give some of them a thumping exit or high valuation.
But isn’t there a catch? NSE was badly indicted in an investigation by the Securities and Exchange Board of India (SEBI) in what was known as the ‘Co-location Scam’ of 2015. The Exchange was accused of giving preferential treatment to certain brokers allowing them to login to co-location servers ahead of others thereby making enormous profits.
After a badly done desktop investigation that failed to pin individual responsibility for the scam, SEBI issued five orders on 30 April 2019. These included an order asking the Exchange to disgorge Rs624.89 crore along with interest at 12%pa (per annum) which was to be deposited with SEBI’s  Investor Protection and Education Fund (IPEF).The amount aggregated over Rs1,000 crore and NSE decided to challenge it before the Securities Appellate Tribunal (SAT). Among other things, the Exchange was asked not to introduce new derivatives products or access the market for six months.
In the past year, NSE has been slowly wiggling out of SEBI’s punishment, possibly with tacit consent of the regulator, even though investigations into the co-location matter continue. Several new show-cause notices have still not led to final orders and a new investigation, ordered in February 2021, is being conducted by justice Arvind Sawant, retired chief justice of the Kerala High Court.
Yet, SEBI quietly lifted the ban on NSE launching new derivatives products. In May 2021, NSE also got SAT to release Rs6,085 crore of revenue earned from algo trading and co-location services that was credited to an escrow account under SEBI’s orders. SEBI had no objection during the hearing; so NSE got an order in its favour.
NSE’s annual report now says it is applying for an IPO again (it had filed an earlier application in 2016), since the SEBI ‘directions’ prohibiting it from issuing equity/debt or other securities for six months expired on 30 October 2019. The Exchange has written to the regulator seeking a no-objection. This suggests that the near-monopoly exchange continues to dictate terms to the regulator. Effectively, NSE is cherry-picking its punishment by claiming compliance with some parts of SEBI’s orders, while challenging others. It has challenged the disgorgement penalty, but done nothing to fix accountability of senior employees. An ISB (Indian School of Business) investigation quantifying the unlawful gains earned (more on this later) by brokers is still in limbo. But, hey, NSE says it has complied with the six month ‘prohibition’ against issuing new securities.
This is a disingenuous argument since the Exchange was in the throes of a change in top management with two key persons from the founding team having left after 23 years, along with several others. Moreover, there has never been any indication that NSE had not challenged the entire SEBI order, or that it had accepted and complied with any part of it, until recently.
I asked NSE’s managing director, “Can you pick and choose which part of the punishment is acceptable? Had this been conveyed to SEBI when the SAT appeal wasn’t filed?”According to the Exchange’s spokesperson, “As is legally permissible, NSE has appealed only certain parts of the SEBI orders dated April 30, 2019 and has complied with certain other directives in the orders such as not accessing public markets for 6 months etc. We have kept SEBI informed of ongoing compliances relating to matters in the SEBI orders that we have not appealed.”
Is this a tacit confirmation by the finance ministry that the co-location scam is Rs75,000 crore? Although all the data is available, SEBI has not yet confirmed any figure and an investigation by the business school, ISB Hyderabad, has been in limbo. But MoF seems to accept in Parliament that the co-location scam was a massive Rs75,000 crore—a number we have not been able to verify. If so, how is the regulator is willing to permit NSE to get listed after choosing to decide which part of the order it is willing to comply with.
Many lawyers who I spoke to are surprised at NSE’s claim that it had accepted, or complied with, ‘certain’ directives or that a regulated entity is entitled to pick and choose. It is another matter that the passage of time led to some automatic compliance.
I understand that SEBI has issued a total of 15 show-cause notices to the Exchange and its employees. But apart from SEBI’s orders, there is very little information with regard to the co-location scam in the public domain. In fact, the only details available are in response to questions from members of Parliament (MPs).
Consider this response on 20 July 2021. Arvind Sawant, MP, had asked details of progress on the first information report (FIR) registered by the Central Bureau of Investigation (CBI) “against NSE in the Rs75,000-crore Colo scam” (emphasis added). Pankaj Chaudhary, minister of state for finance (MoF), in a written statement, replied, “CBI has registered a case in the matter of preferential access at the co-location facility of NSE, vide RC No.AC I 2018A0011 dated 28 May 2018… Presently, the case is under investigation.” See http://164.100.24.220/loksabhaquestions/annex/176/AU59.pdf Is this a tacit confirmation by the finance ministry that the co-location scam is Rs75,000 crore? Although all the data is available, SEBI has not yet confirmed any figure and an investigation by the business school, ISB Hyderabad, has been in limbo. But MoF seems to accept in Parliament that the co-location scam was a massive Rs75,000 crore – a number we have not been able to verify. If so, how is the regulator is willing to permit NSE to get listed after choosing to decide which part of the order it is willing to comply with.
In answer to the same question, MoF was also asked about action initiated on broker defaults on the NSE, such as Karvy, BMA Wealth Creators and Anugrah Stock & Broking. It hardly covered the problem. NSE has had an astounding 28 broker defaults/expulsions in the past two years, not counting voluntary closures of membership. This record beats even the dismal days of early-1990s which led to extensive structural changes in the capital market and the Bombay Stock Exchange (BSE). There is absolutely no impact on NSE or its risk management systems.
SEBI’s action, if any, in the rest of these cases where investors have lost several thousand crores of rupees (the biggest being Karvy Stock Brokers), is not known even to the victims of these broker-scams and they have filed litigation in various high courts and before SAT.
NSE’s latest annual report has some additional information on four issues. It says a penalty of Rs50 lakh imposed on the Exchange for violation of SECC (Stock Exchanges and Clearing Corporations) Regulations was deposited with the regulator after October 2020. But the Rs6-crore penalty, imposed on it for making certain investments, has been challenged and a stay obtained from SAT in December 2020. A third notice pertains to Karvy Stock Brokers mentioned above; but the Exchange reports that there has been no hearing as yet.
A matter that is not in the public domain is an adjudication show-cause notice issued on 26 March 2021 for failing to renew its approval with respect to ‘Straight through Processing’ (STP) centralised hub services provided by NSE. The Exchange has filed a settlement application on 23 April 2021 in this regard, says the annual report. There is no mention of having accepted any other penalty or ‘directions’ issued by the regulator. And, yet, NSE is claiming compliance, merely due to passage of time.

As the title of our latest book about the NSE suggests, this is surely another example of NSE’s Absolute Power.