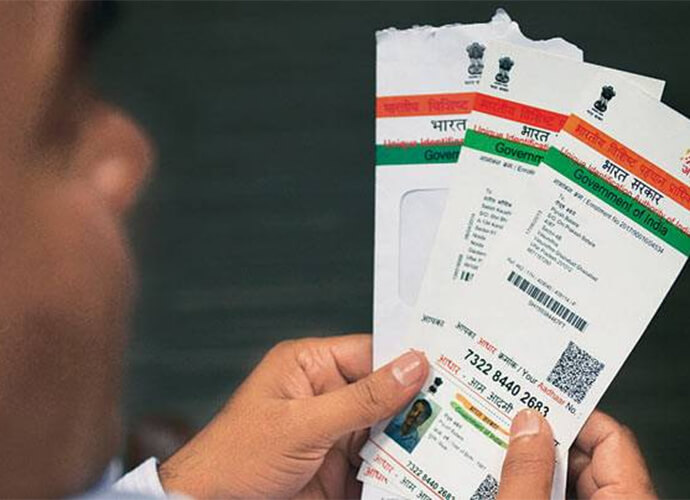 Breaking down the Aadhar judgment, what are the implications of the partial stay?

The Supreme Court delivered its verdict this week in a batch of petitions challenging Section 139AA of the Income-Tax Act that, inter alia, made it mandatory for PAN card holders to link their PAN with Aadhaar. Section 139AA is a new provision engineered into the Income Tax Act following the passage and coming into force of the Finance Act, 2017.

Aadhaar is a project that has been in operation since 2009 that seeks to give every Indian resident a twelve digit unique identity number linked to his/her demographic data such as name, date of birth, place of residence etc. , and biometric that includes one’s fingerprints and iris scans.   The project is implemented in such a way that demographic and biometric data are collected via authorized enrolling agencies and the collected data is stored in a centrally accessible central data repository.   The biometric so collected is used firstly de-duplicating resident data – i.e. the process in which every new enrolment is matched with existing Aadhaar data to eliminate duplicates – to ensure that no person gets more than one Aadhaar number and secondly for online authentication of Aadhaar identity whenever an Aadhaar holder seeks to establish his claim of who he/she is.

The primary aim of Aadhaar is eliminating duplicates and ‘ghosts’ in beneficiary databases of welfare schemes by making their respective entitlements under the respective schemes to be linked with Aadhaar.  The project itself was implemented following pursuant to an executive notification in January 2009 before it was given its present statutory status following the passage of the Aadhaar (Targeted Delivery of Subsidies, Benefits & Services) Act, 2016 as a money bill and its coming into force in September 2016.  The Aadhaar Act, inter alia, created a statutory right in favour of every resident of India to enroll for and obtain Aadhaar. It also empowered state and central governments to insist on Aadhaar authentication or enrolment for delivering any subsidy, benefit or service which is paid for from the consolidated fund of India.

Pending challenge to the Aadhaar project:

The Aadhaar project has been a subject matter of challenge in a batch of at least a dozen petitions and intervention applications before the Supreme Court since 2012 on various grounds including the manner of collection of data, storage, the possibility of convergence of various databases through a single handle, enablement of mass surveillance etc. are in violation of fundamental right to privacy under Article 21 of the Constitution.  This batch of petitions was referred to a constitution bench by a bench of three judges led by Justice Chelameshwar in August 2015.  This reference is still pending before the Constitution bench and the constitution bench for hearing this matter is yet to be constituted.    During the pendency of this matter, Supreme Court has on six different occasions, including in August 2015 when the reference order was passed, reiterated that Aadhaar shall not be made mandatory for any purpose and shall be on a purely voluntary basis, as an interim arrangement.

“In the meanwhile, the 2016 Act came into force and the petitions challenging the Act, on various grounds including the right to privacy and on the ground that it was unconstitutionally passed as a money bill, effectively bypassing the concurrence of Rajyasabha have also been tagged along with the matter pending before the constitution bench.  It is in this backdrop that Section 139AA was legislated into the Income-Tax Act.”

Sub-section (1) of Section 139AA of the Income-Tax Act has made it mandatory for every assessee, after July 1st 2017, to quote either Aadhaar number, or if he does not have one, his Aadhaar enrolment number in his application for a new PAN card. It has also made it mandatory to quote one’s Aadhaar number or Aadhaar enrolment number in one’s income tax return.  Subsection (2) of the Income-Tax Act made mandatory for existing PAN-card holders, as on July 1st 2017, to submit their Aadhaar numbers to the authority on or before the date to be notified by the central government.  Subsection (3) empowered the central government to exempt any person or class of persons from the application of this Section.”

Grounds of Challenge & the State’s response

The newly introduced provision was challenged on a number of grounds – some of which may be summarized as follows:

Firstly, that the mandate in 139AA to link Aadhaar with PAN is violative of Article 21 of constitution in as much as it mandated people to undergo the process of compulsory submission of biometric details and to be subject to infractions of rights caused by a project such as the Aadhaar, the vires of which is under challenge, violated bodily integrity, human dignity and the right to informational self-determination and of course privacy. The petitioners did not press the ground of privacy as they were aware that the question of constitutional right to privacy in the context of Aadhaar and therefore requested the Court that the question of privacy need not be dealt with unless it is absolutely necessary.  The counsels for the union government, including the Attorney-General famously responded saying that Indian Constitution does not give people their absolute right over their bodies and therefore the plea of bodily integrity or human dignity cannot hold. The government also opposed that plea of informational self determination as it was indistinguishable from the right to privacy, which is a subject matter of challenge before the Constitution Bench.

Secondly, that the object of 139AA is discriminatory and violative of Article 14 of the Constitution inasmuch as it created two classes of people i.e. those that voluntarily enrolled for Aadhaar, as it is a right under Section 3 of the Aadhaar Act,and those that were forced by the mandate of the law to enroll for Aadhaar.

Thirdly, that 139AA of the Income Tax Act and Section 3 of the Aadhaar Act are irreconcilable with each other as the latter creates a right which is converted into a duty in the former and is therefore colourable legislation. The Court was also apprised of the absurdity that would result in people having to queue up to enroll for Aadhaar because of the mandate in Section 139AA and having to fill up the form that makes one declare that he is voluntarily enrolling for Aadhaar.   The government opposed these two contentions stating that Aadhaar Act itself contemplated mandatoriness inasmuch as Section 7 of the Act empowered the governments to make Aadhaar mandatory for any purpose.  The government further contended that there are only two grounds of challenge of a statutory provision i.e. violation of Part III rights and violation of any other mandatory provision of the Constitution and apparent conflict between two statutes is not a ground of striking down one statute or the other.

Fourthly, that Parliament had no competence to enact Section 139AA when interim orders of the Hon’ble Supreme Court, acting in its capacity as a Constitutional Court under its constitutional jurisdiction of Article 32 are in operation and when the case was still pending before it.  The government vehemently opposed this plea stating that the earlier orders of the Supreme Court were passed before the coming into force of the 2016 Act and when the project was still undertaken under an executive notification and that with the coming into force of the Act, those orders no longer held the field.

Fifthly, that Parliament’s competence to enact legislation is subject to express limitations in 246 as well as certain implied limitations and that insofar as the legislation subjected compulsory violation of bodily integrity, without any kind of narrow tailoring for specific purposes and that it must be held that the impugned Section 139AA was beyond Parliament’s competence.  The government reiterated its position against absolute right to bodily integrity in opposing this challenge.

Sixthly, that the consequences for not linking Aadhaar including the retrospective invalidation of PAN is disproportionate as a restriction for any person to do business transactions and carry on one’s business insofar and therefore violative of Article 19(1)(g) of the Constitution read with Article 14 in asmuch as the restrictions do not pass the reasonableness test in Article 19(6), that includes the test of proportionality. The government opposed the plea of proportionality on the ground that such a test is not available to judicial review of legislation under Article 14.

Lastly, that there exists no justification for imposing this condition as the facts on the ground show that the extent of duplicates of PAN cards and the possibility of being able to help with the exercise, even assuming that it’s a problem worth solving are both in serious doubt. It was famously argued that Aadhaar is a built-up bridge looking for its river. The government sought to produce data in relation to duplicate of PANs including how 11 lakh numbers had been cancelled thus far, and also the alleged salutary purpose and utility of Aadhaar.

The Court noted that this issue was of seminal importance and that it has rightly generated a lot of debate among the intelligentsia. However, it ruled against all of the petitioners’ contentions except the Article 21 and the proportionality contentions.

On the question of Article 21 – including privacy, informational self-determination, human dignity and bodily integrity,the Court noted that these issues would be dealt with by the Constitution Bench and that judicial discipline warrants that it not go into those issues.

And on the question of proportionality, the Court accepted the contention that the consequences clause of invalidation of PAN number including its retrospective operation was disproportionate as a restriction to 19(1)(g) right and issued a partial stay on the operation of the said proviso vis-à-vis existing PAN card holders who do not possess an Aadhaar number, until either a more “toned down” version of the consequences clause is legislated or until after Constitution Bench decided the issue of Article 21 challenge to the Aadhaar project.

Over to the Constitution Bench. Again.

You can read the full text of the judgment here.

Prasanna is a delhi based lawyer who appeared for petitioners in the Aadhaar cases before the Supreme Court.