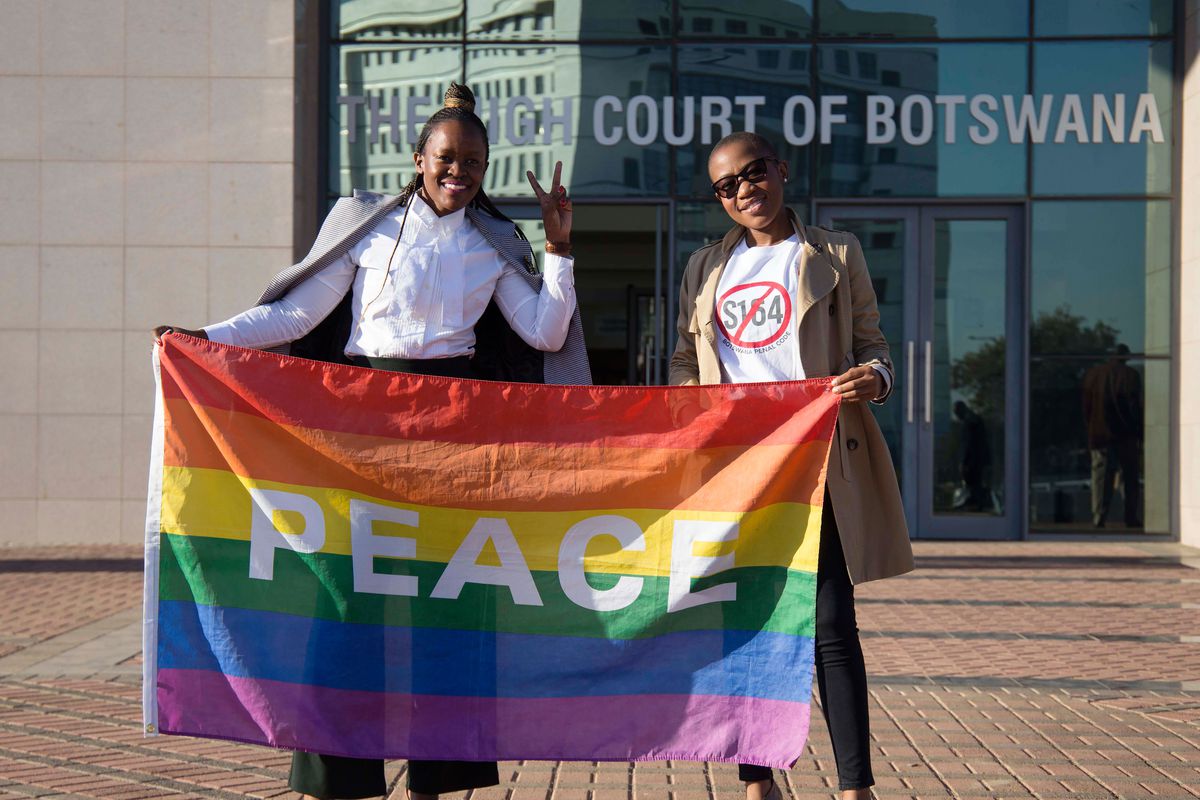 [dropcap]J[/dropcap]UST a month after Kenya’s High Court upheld its laws criminalizing homosexuality, the Botswana High Court, in a landmark judgement, has decriminalised homosexuality and declared Section 164 of Botswana’s Penal Code, which criminalises same-sex sexual conduct, as unconstitutional and against the public interest.

“Human dignity is harmed when minority groups are marginalized,” Justice M Leburu said, while delivering the judgement on behalf of a three-judge bench of the High Court of Botswana.  The court cited the Indian Supreme Court’s judgement in Navtej Singh Johar & Ors. Versus Union Of India to upholds the privacy, dignity and equality of homosexuals in the country.

“Sexual orientation is innate to human beings and is not a fashion statement.”

"Sodomy laws deserve a place in the museum or archives and not in the world.”

“The state cannot be sheriff in people’s bedrooms.”https://t.co/x2XwQZCUgx #Botswana #Repeal164

“Sexual orientation is innate to human beings and is not a fashion statement,” the court stated. “Homosexuality is not unAfrican, but it is one other way Africans identify but have been repressed for many years.” #Botswana #LGBTQ

Justice Leburu said a democratic society was one that embraced tolerance, diversity and open-mindedness, pointing out that societal inclusion was central to ending poverty and fostering shared prosperity.

Leburu: “a democratic nation is one that embraces tolerance, diversity, and open mindedness… societal inclusion is central to ending poverty and fostering shared prosperity.” #Repeal164

Letsweletse Motshidiemang, a 21-year-old student at the University of Botswana, filed the case in March 2019 asserting that Section 164 and 167 of the colonial era Penal Code violated his fundamental rights and freedom of liberty. Under Section 164 of the Botswana Penal Code, “carnal knowledge of any person against the order of nature”, was an offence that carried a maximum sentence of seven years’ imprisonment.

After a brutal attack on a transgender woman in November 2018, Botswana President, Mokgweetsi Masisi, extended his support for the LGBT community saying there were many people in same-sex relationships in this country, “who have been violated and have also suffered in silence for fear of being discriminated”.

Reactions lauding the Botswana judgment came in from around the world.

“This is a landmark decision that should free lesbian, gay, bisexual and transgender (LGBT) people in Botswana from the range of discriminatory sanctions and practices arising from these highly problematic provisions in the Penal Code”, United Nations Human Rights Office of the High Commissioner said.

The judgement sets “powerful precedent on the continent by recognizing that the criminalizing of same-sex conduct violates privacy rights and is blatantly discriminatory”, said Neela Ghoshal, a senior researcher for Human Rights Watch in an interview.

“The judgment stands out for its clear endorsement of the value of pluralism, which made its first appearance in the second paragraph. Pluralism – and the necessity of respecting diverse ways of being and life choices, which the Court defined as inclusiveness – form, in a sense, the intellectual scaffolding that allowed it to build and develop its substantive rights-based arguments”, said Delhi based lawyer Gautam Bhatia in a blog post.

“This is a historic ruling for LGBT people in Botswana! It restores their privacy, respect and dignity. It’s a day to celebrate pride compassion and love. I commend the activists, civil society organizations and community groups that have campaigned so hard for this moment”, Gunilla Carlsson, Deputy Executive Director – UNAIDS said.

A Human Rights Watch report,  written by Alok Gupta titled This Alien Legacy — The Origins of “Sodomy” Laws in British Colonialism, found that anti-homosexual laws were introduced initially as “a model law” by the British in 1861 and then exported to its colonies.

Out of 54 African countries, in about 31 countries homosexuality is still a crime under different penal laws. It is a crime punishable by death in Nigeria, Sudan, Somalia and Mauritania. In Tanzania, the maximum punishment for homosexuality is life imprisonment.

In countries like Uganda, South Sudan, Burundi, Liberia and Nigeria, attempts have been in the past years to further criminalize homosexuality and to increase the quantum of punishment.