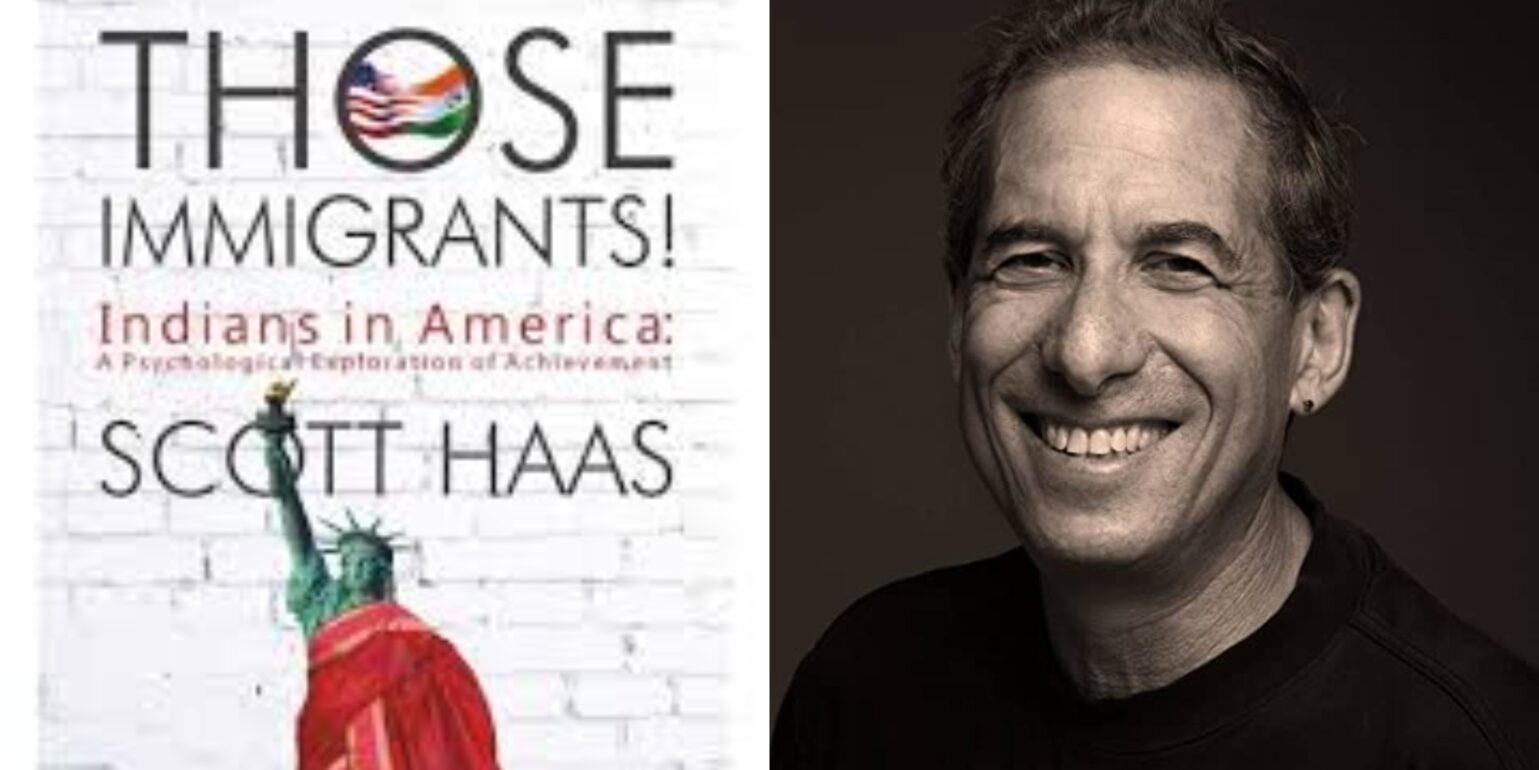 Book Review:  Scott Haas’s ‘Those Immigrants’ tells the tales of success and struggle of Indian Immigrants in America

Haas, a clinical psychologist, has put together interviews with 30 prominent names in the Indian American community to shed light on an important story of trials and triumphs. A community, vilified, valorised, misunderstood, and often misrepresented, the book offers their story in their own words. Coming out in unprecedented times when Indian-Americans, like Kamala Harris, partake in the global pie like never before, the book offers a unique take to their story, writes SHIVAM PARASHAR.

THE effects and experiences of immigrants are always a controversial issue. As the United States grapples with it yet again in the run-up to the elections, the rest of the world sits up to spectate.

Repercussions of the debate in the USA would end up affecting several thousands of Indians.

Indians form a big chunk of immigrants to the US. It is this group of individuals that Scott Haas’s new book, ‘Those Immigrants’, chiefly caters to.

A clinical psychologist by profession, Haas offers advice to those following the great Indian dream of settling in the US. Each interview brings out stories of their struggle and success.

Though immensely successful, not all interviewees are household names, at least not in India.

They were well-spoken and sophisticated individuals who were easily accepted by the US, as opposed to communities from elsewhere. This influenced the experiences of the community across generations.

They seem to have been chosen for the perspective they would add to the Indian-American story. And it is, undoubtedly, a diverse group.

We have prominent Harvard economist- Raj Chetty and his economist father Veerappa Chetty talking about their ethos of thinking about the community. We also have author and blogger Sandeepa Mukherjee who talks about celebrating both American and Indian traditions.

It is consciously, a cross-generational mix.

However, the stories narrate a common tale of privilege.

The interviewees, to their credit, acknowledge this. Several accredit a chunk of their success to the opportunity that their privileged background afforded them.

Smitha Radhakrishnan, tenured faculty at Wellesley College, one of the interviewees, gets to the heart of the matter. She points to the context of the migration and highlights that the 1965 Legislation which led to a large inflow of Indians to America ‘required them to have a university education.

The author continues the argument to bring out that the early immigrants from India could arrive as an elite to the United States. They were well-spoken and sophisticated individuals who were easily accepted by the US, as opposed to communities from elsewhere. This influenced the experiences of the community across generations.

In an interview with Kamala Harris, Haas would have probably found a similar story- an Indian parent coming from privilege and academic excellence, gritting her teeth to make through the struggles of an immigrant and finding success, eventually.

However, it would be wrong to dismiss the success that the community achieved.

Haas highlights how the Indian American diaspora is distinctly unique in the effect it has had on their adopted nation, given their disproportionately small share on the population.

Politically, Indian-Americans find themselves in a unique position.

As India seeks to leverage them as an instrument of soft power, several Indian-Americans themselves hold important political offices in the US. Among them is another interviewee- Kapil Sharma. A prominent, politically active lawyer, he talks about the formation of an Indian Caucus at Capitol Hill in response to hate crimes against Indians.

He expresses his disappointment on the divide between the African-American and the Indian-American community, a divide that led him to switch over to the Republicans.

As the author informs, it has been the Democrats who have historically championed civil rights for Immigrants. Republican Indian-American leaders, however, aren’t rare. Across the political spectrum, Indian-Americans are climbing the ladder.

Kamala Harris the Democrat’s Vice President Nominee is the latest step in this ascendancy.

The conflict that Kapil Sharma frames, manifests in Kamala Harris rather poetically. Born of a black father and an Indian mother, she has a daunting road ahead as she stands on the biggest stage of her career.

He expresses his disappointment on the divide between the African-American and the Indian-American community, a divide that led him to switch over to the Republicans.

While media houses scramble to define her ethnicity, she plays a balancing act in recalling her Indian roots. She realises, as highlighted by several interviewees, the importance the community places on their Indianness. And as she panders to her Indian vote base, by relating to Indian American Hollywood star Mindy Kaling in her kitchen on their common Indian roots, the need for this book stands out.

For it is this common ‘Indianness’ that the book seeks to pin down- to string through various stories and distill the ‘Indian Values’ that led a community to prosper.

Every interview in the book ends with Haas questioning about ‘values that led to their success’ and the interviewee talking about their connection to India, its traditions, and family values. In an interview with Kamala Harris, Haas would have probably found a similar story- an Indian parent coming from privilege and academic excellence, gritting her teeth to make through the struggles of an immigrant and finding success, eventually.

However, a lot has changed since some of the interviewees first arrived.

As another interviewee, Shveta Raina notes, “…it isn’t for many, one identity or another”. Shveta runs Talerang, a unique venture that provides mentorship services among others. ‘Mentorship’ is another strand that runs through several interviews. Haas also notes it in his afterword, among others, as an ingredient for the success of the community.

But there is no denying that in a changing world at least some lessons and struggles of an older generation run the risk of being anachronistic. Haas acknowledges this as he closes his afterword by calling out to the future immigrant and noting the constantly changing demographics.

The book is a breezy read, meant to inspire and instruct.

Partly journalistic and partly biographical, one may find it rather different in its voice and format. While it is not wholly academic or literary, like several others in the sphere, it holds merit as a marker of the Indian American story. Story of a generation that is uniquely positioned to make important decisions for America, and the world.