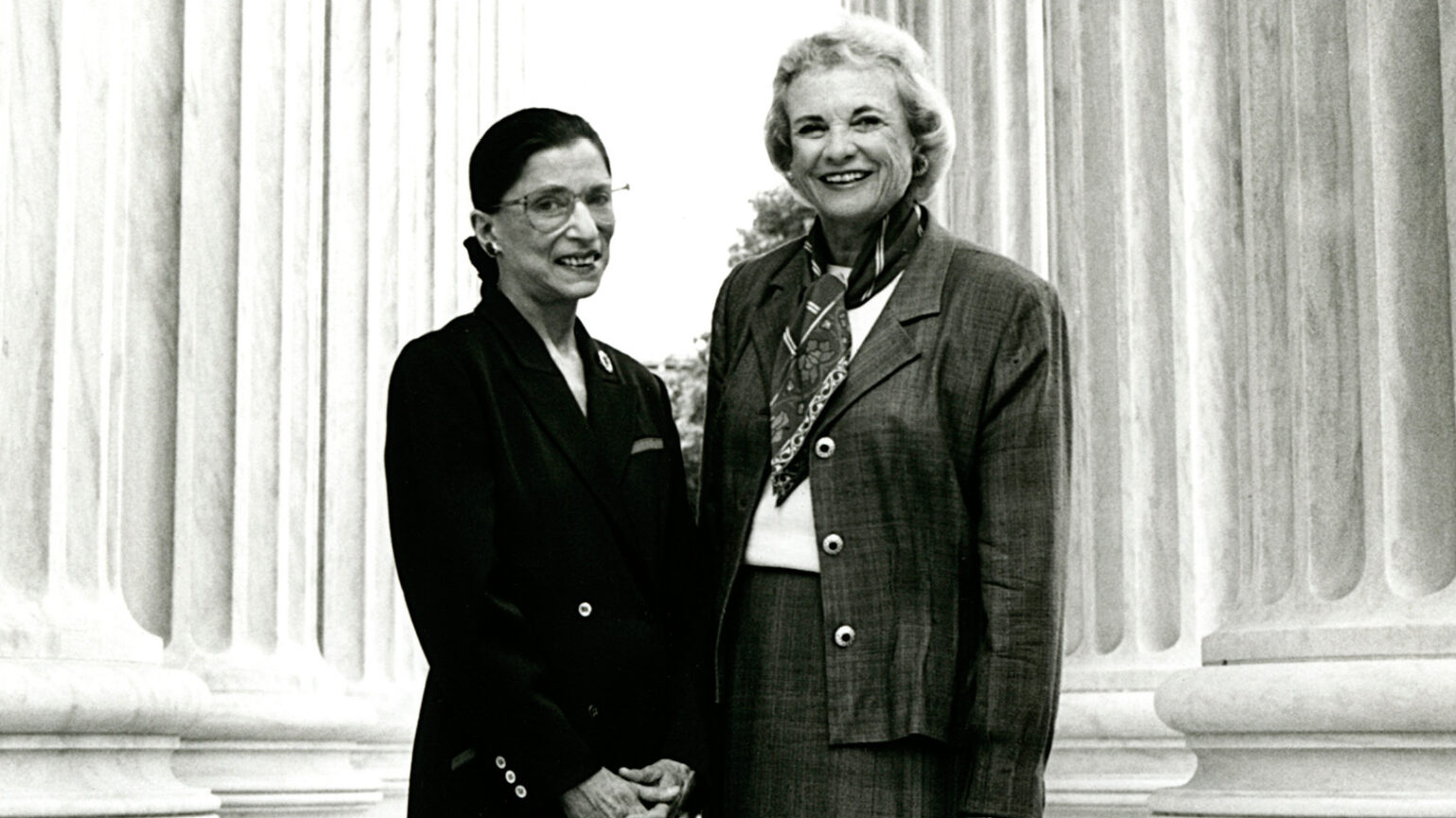 As different as their backgrounds were, and even their approaches to judging, when it came to women's rights, Ruth Bader Ginsburg (left) and Sandra Day O'Connor were allies.
Book ReviewGender RightsThe legacy of Ruth GinsburgWomen's rights

Ruth Bader Ginsburg’s fight for gender equality is embedded in global history. Yet, she was not the first woman judge of the US Supreme Court. Her camaraderie with Sandra O Connor, the first woman judge, is an example of women solidarity while marching towards empowerment. YATINDER SINGH, former Chief Justice of Chhattisgarh High Court, writes on her strength and resilience in the backdrop of Linda R Hirshmandual’s book.

RUTH Bader Ginsburg was born on March 15, 1933.  Her ardent advocacy for gender equality and women’s rights, grew out of her own experiences in life.

After graduating from Cornell, she enrolled at Harvard Law School. There were only nine women amongst around 500 men in her class. The Dean invited all the female law students for dinner and asked them, why were they at Harvard and taking the place of the male students? Later, she moved to Columbia after her husband took a job in New York City. She earned her law degree in 1959, tying for first place in her class.

Despite this, her legal career did not start smoothly.

She answered back, “Better bitch than mouse.” Well, she was no mouse. She was never meek and never afraid to raise her voice against unjust loaded laws: she was “Notorious RBG”.

The very next year, Justice Felix Frankfurter rejected her for clerkship due to her gender, despite strong recommendations by her teachers. Ultimately, she received a clerkship with the US  District Court for the Southern District of New York, but only after her Columbia law professor threatened the judge to never recommend another student if Ginsburg was denied the opportunity. He also guaranteed a replacement to the judge in case Ginsburg was not up to the mark. Ginsburg not only proved herself but completed her two year term. Thereafter, she went back to academia.

During 1961-63, Ginsburg was a Research Associate and went on to become an Associate Director at Columbia. In 1963, she became a Professor at Rutgers, where she was paid less than her male colleagues because her husband had a well-paid job. She shifted to Columbia in 1972 as the first tenured female faculty member and stayed there till 1980 when she was appointed as a judge of the United States Court of Appeals.

While Ginsburg was at Columbia, she was actively raising her voice against women’s discrimination. She co-founded the Women’s Rights Project at the American Civil Liberties Union (ACLU) and became its general counsel to participate and argue cases of gender discrimination. She challenged the discriminatory laws and step by step built upon each successive victory. Geoffrey Stone, the constitutional scholar and clerk to Justice William Brennan called her, “the most important woman lawyer in the history of the Republic.” when she made her first oral argument in the US Supreme court.

But Ginsburg and Connor transcended their differences and broke the glass ceiling in a male dominated legal profession to become outstanding judges who transformed the American landscape for women by making it more equal.

Ginsburg was the second woman judge in the US Supreme Court. Sandra Day O’Connor was the first. They had different upbringings, different religions and different political leanings. While Sandra was a Republican and Ginsburg was a Democrat; one was a Christian and the other was a Jew; one was a western rancher’s daughter and the other was a Brooklyn girl. But Ginsburg and Connor transcended their differences and broke the glass ceiling in a male dominated legal profession to become outstanding judges who transformed the American landscape for women by making it more equal. There is a very good book titled ‘Sisters in Law: How Sandra Day O’Connor and Ruth Bader Ginsburg Went to the Supreme Court and Changed the World’ by Linda R. Hirshmandual. It not only charts their lives but includes the legal battles fought by them that shaped the legal framework of issues crucial to women’s lives. This included abortion, sexual harassment, and employment discrimination. It is written in an easy and informal style, narrating how they catalysed change in women’s place in American life. The book is worth reading.

When Ginsburg was nominated to the US Supreme Court she received a fax. It mentioned that, in a Rotary meeting, one of her classmates said that they used to call her by her nickname—Bitch.

She answered back, “Better bitch than mouse.”

Well, she was no mouse. She was never meek and never afraid to raise her voice against unjust loaded laws: she was “Notorious RBG”.

(Justice Yatindra Singh is former Chief Justice of Chhattisgarh High Court and a Senior Advocate at the Supreme Court of India. Views are personal.)