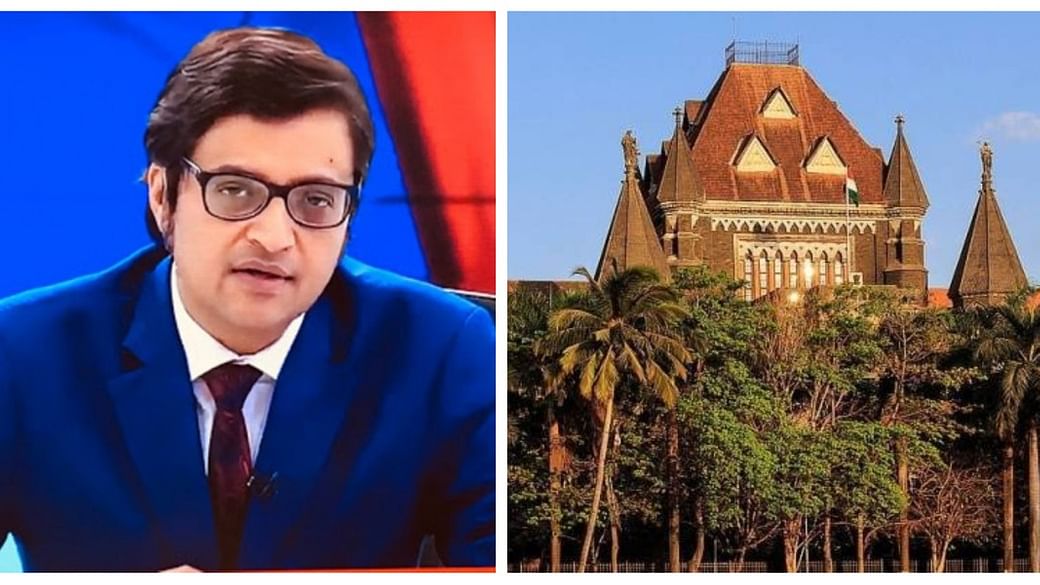 The Bombay High Court has stayed all further proceedings against Editor-in-Chief of Republic TV Arnab Goswami in the FIRs registered against him for allegedly making provocative speech causing communal disharmony in connection with Palgarh lynching and Bandra incident case respectively. The division bench of Justices Ujjal Bhuyan and Riyaz Chagla also ordered that no coercive action would be taken against the petitioner till the disposal of the petition. The bench observed “Prima facie, it appears that petitioner as a media journalist had questioned the response or rather the alleged non-response of the Congress party and its President Smt. Sonia Gandhi to the killing of two Hindu saints juxtaposing this with the question as to whether the Congress party or Smt. Sonia Gandhi would have kept quiet if any Maulvi or Padri was killed. Thereafter petitioner made allegations against the foreign origin of Smt. Sonia Gandhi”.

“It is quite clear that the object of or the target of the petitioner’s attack was primarily Smt. Sonia Gandhi and the Congress party. There was no mentioning of either the Muslim community or the Christian community. It would be too far31/38 WP-LD-VC-37-2020.odt fetched to say that two religious communities were involved in the debate. As a matter of fact, there was no reference to the Muslim community or to the Christian community”, the court said. According to the court, a view may be taken that the language of the petitioner was quite sharp and vicious; it may also be construed as an act of defaming the Congress party or its President. It added, that as pointed out by the Supreme Court, the offense of criminal defamation would be excluded from the purview of investigation of the present FIR because the said offence can only be taken cognizance of by a Magistrate on a complaint that is instituted by the person aggrieved.

“According to the court, a view may be taken that the language of the petitioner was quite sharp and vicious; it may also be construed as an act of defaming the Congress party or its President.”

The court also observed that we cannot have the spectacle of a Damocles’ sword hanging over the head of a journalist while conducting a public debate. India is now a mature democracy. “Seventy years into our republic we cannot be seen to be skating on thin ice so much so that mere mention of a place of worship will lead to animosity or hatred amongst religious communities causing upheaval and conflagration on the streets. Subscribing to such a view would stifle all legitimate discussions and debates in the public domain”, said Justices Ujjal Bhuyan and Riyaz Chagla. The court has notified Attorney General of India with regard to the challenge to the constitutional validity of Sections 153A(Promoting enmity between different groups on grounds of religion, race, place of birth, residence, language, etc., and doing acts prejudicial to maintenance of harmony) and 153B(1)  (Imputations, assertions prejudicial to national-integration) of the IPC.

“The court also observed that we cannot have the spectacle of a Damocles’ sword hanging over the head of a journalist while conducting a public debate.”

Eariler, the Supreme Court had earlier refused to quash FIR lodged in Maharashtra against Arnab Goswami, Editor-In-Chief, Republic TV, for his alleged provocative speech in connection with the Palgarh lynching. The SC had, however, quashed all other identical FIRs against Goswami in different States in connection with the Palgarh lynching except for the one lodged in Nagpur which stood transferred to Mumbai by it. A division bench of Justices D Y Chandrachud and M R Shah had also rejected the plea by Arnab seeking transfer of probe to the Central Bureau of Investigation (CBI). It had, however, granted liberty to Goswami to pursue such remedies as are available in law under the CrPC before the competent forum.