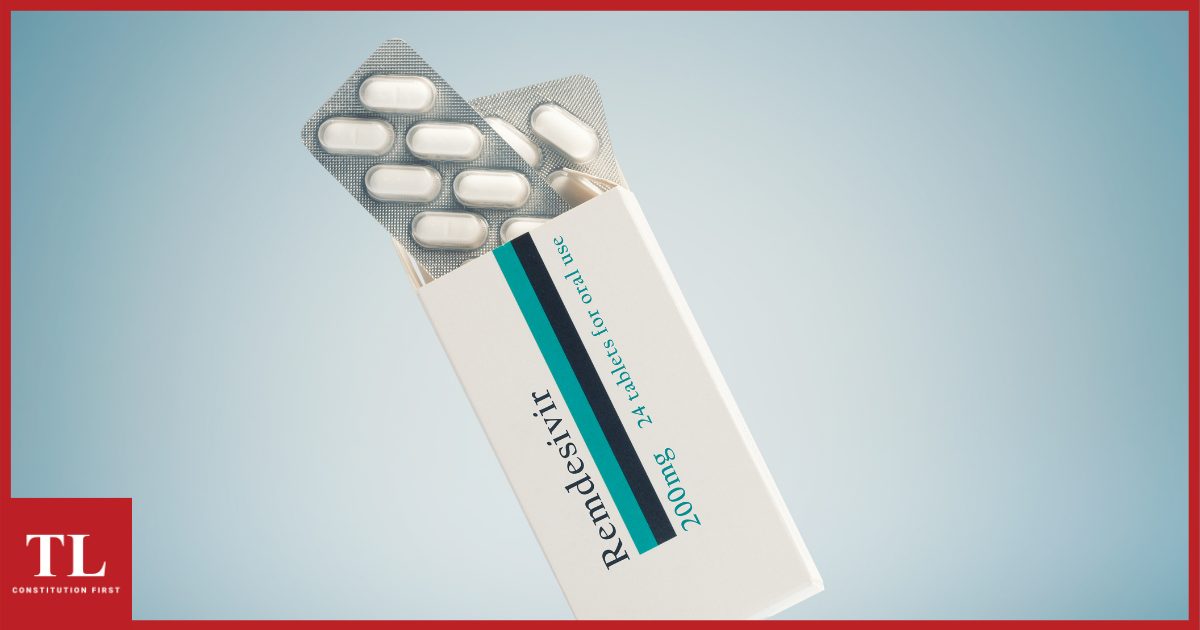 Black Marketing, Hoarding of Remdesivir After Shortage in Gujarat Amid COVID Surge

In a suo motu hearing of a public interest litigation by the Gujarat High Court bench of Chief Justice Vikram Nath and Juctice Bharghav Kharia on April 15, Advocate General Kamal Trivedi acknowledged the shortage of Remdesivir drug in the state and stated that “over prescription of the drug by doctors has lead to the crisis”.

“Where is the data that doctors are prescribing Remdesivir indiscriminately? This hype created because of doctors, because they want to give Remdesivir like paracetamol, is this your concern? This is not so,” the bench told Trivedi, while suggesting that the reason for shortage of the drug could be the incorrect COVID-19 data being provided by the state.

COVID-19 positive cases surged in Gujarat since the last week of March but it was not until early April that there has been a shortage of Remdesivir, the anti-viral drug primarily being used in treatment of the infection.

On April 13, NITI Aayog member VK Paul said in a press conference that: “Remdesivir is only for those who are hospitalised and on oxygen. But there has been shortage of the drug across the state, especially on April 7, 8 and 9 there was a scramble for the drug depicting a desperate situation.”

The state government supplied 72,507 injection ampules on April 7, 41,500 on April 8 and 24,687 on April 9, as per data of Food and Drugs Control Administration (FDCA), Gujarat. This apart, the medicine has been sold by private drug distributors and sellers.

Zydus Cadilla, an Ahmedabad-based pharma company and one of the manufacturers of Remdesivir, put out a notice on April 9, saying that it had run out of stock of the generic version of the drug, Remdac. Apart from selling to the government, the pharma company was selling the drug at Rs 899 from Zydus Hospital in Ahmedabad since April 5 and was supposed to be selling it till April 12. However, the stocks ran out on the evening of April 9.

Noticeably, amid acute shortage of Remdesivir, people stood in line in front of the ruling Bharatiya Janata Party’s office in Surat on April 10, as CR Patil, the party president, distributed Remdesivir for free. This was the same day Zydus Cadilla announced that it had run out of the medicine.

As Patil went on to Twitter to declare that 5,000 units of Remdesivir would be distributed for free, the Congress demanded his arrest for illegally stocking the drug. Paresh Dhanani, Leader of Opposition, later filed a petition against Patil in High Court for unauthorised procurement and illegal distribution of Remdesivir.

Harsh Sanghvi, BJP MLA from Majura, Surat ,said, “BJP started providing injections in Surat free of cost and the dugs have been brought from outside and Gujarat.”

However, photos of the boxes of Remdesivir shared by various leaders of Surat BJP on social media while the distribution was going on, revealed that the drugs were Remdac, the generic version of Remdesivir, that is manufactured by Zydus Cadilla. The authorities of Zydus weren’t available for a comment on the matter.

Vijay Rupani, the Chief Minister of Gujarat, shrugged all responsibility of the medicine procured and distributed by his own party president. “Ask CR Patil,” Rupani told the media when questioned on how Patil stocked the drug when there was a shortage in the state, including in government hospitals.

Amid the scramble for Remdesivir in the state and people queuing for 7-8 hours to procure the drug, 25,000 units of the drug were sent to Uttar Pradesh. A state plane sent by the UP government reached back to Lucknow on April 14, as per a release issued by the UP government.

However, the Gujarat government denied that it sent its stock of Remdesivir to another BJP-ruled state. In a press release, the state government said that such reports were, “baseless and untrue.”

Meanwhile, multiple kin of COVID-19 positive patients claimed that the drug was being black-marketed at a high price ranging from Rs 8,000 to Rs 12,000 per vial. On April 12, two people were held in Vadodara, including a doctor, for allegedly selling Remdesivir to kin of patients for Rs 7,500. In another case, a male nurse of a dedicated COVID hospital who is a resident of Mahisagar, Ahmedabad district, was arrested for allegedly selling the drug priced at Rs 4,500 for Rs 9,000.

On April 11, Ahmedabad Detection of Crime Branch conducted a raid on Dhruvi Pharma, a pharmaceutical company in Ahmedabad after allegations that the company was hoarding the drug.