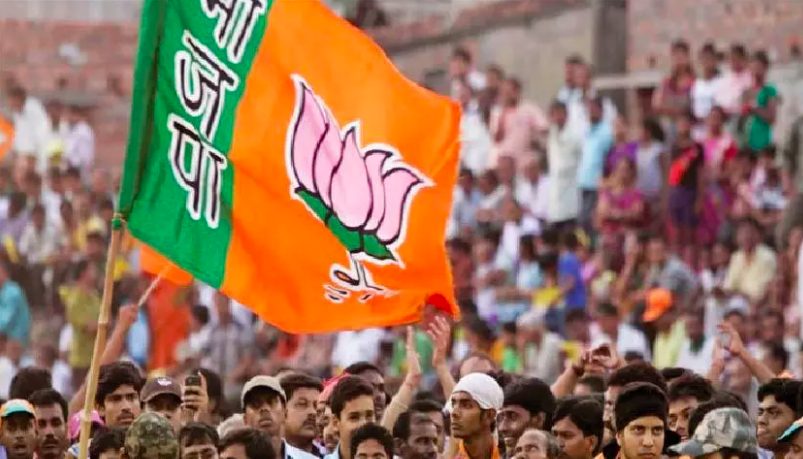 BJP Voters Must Learn: It Takes Vaccines, Not Hyperbole, to Control a Pandemic

The ongoing Covid-19 holocaust in India, perpetrated by an arrogant, self-indulgent and rapacious political party and its leader in power, is the consequence of the Faustian bargain many Indians made seven years ago. The terrifying spectacle of bodies stacked inside ambulances blaring their way to crematoriums resembling gas chambers, patients gasping for oxygen and devoid of hospital beds collapsing inside autorickshaws and private vehicles, at car parks, on roads and the wailing kin of Covid victims was inevitable—Indians are reaping what they sowed.

The first three years of the Narendra Modi government were strong evidence of the communal polarisation, including the gory lynching by cow vigilantes, consuming India and a premonition of the perilous path India had chosen. According to IndiaSpend, between 2014 and 2017, 92% of the lynching victims were Muslims.

Modi supporters were silent; in fact, their silence was complicit in the savagery of murderous goons who preyed on unarmed Muslims/Dalits in the name of cow vigilantism.

Modi’s second term was the final nail in the coffin. The year 2019 was the beginning of the end: the government’s decisive agenda was clearly visible in the Citizenship Amendment Act and the National Register of Citizens. The spectre of a communal flare-up over the two contentious issues haunted India for quite some time and assumed a diabolical shape in the form of the Delhi riots in February next year. Modi supporters preferred to be silent again despite the clear evidence of a few Bharatiya Janata Party leaders issuing incendiary statements before the riots and the majority of the riot victims being Muslims.

By the time of the crisis in eastern Ladakh and actor Sushant Singh Rajput’s suicide, Modi supporters had been administered super-heavy doses of nationalism, bigotry, misinformation, fake news and government propaganda by pliant TV channels. These supporters constituted the ‘literate-uneducated’ class—scores of Hindi and English journalists, several celebs and sportspersons, a bulk of senior citizens and shockingly a wide section of the media.

High on the steroid of hyper-nationalism, Hindu majoritarianism, Pakistan bashing post Pulwama, demonising Muslims and an unfounded conspiracy hatched by the Opposition and the international media to defame India in general and its chowkidar in particular, these supporters were more ferociously rooting for Modi.

The subservience of Indians to Modi’s demigod status—carefully crafted by a mind-boggling PR machinery—absolute dominance and demagogy proved to be a bad omen in 2020. SARS-CoV-2, the lethal leveller that incapacitated or killed the rich and the poor and the weak and the powerful, struck India with ferocity.

While Modi was busy welcoming then-US President Donald Trump in February-end, the World Health Organization (WHO) had already declared Covid a global emergency of international concern way back on January 30. On March 11, the WHO had declared Covid a pandemic with more than 1,21,000 infections and 4,300-plus dead globally.

The Centre should have immediately adopted WHO’s test-trace-isolate method, set up dedicated Covid hospital wards and facilities with proper oxygen supply and adequate beds, banned international flights and flooded the radio and TV with warnings about the severity of the virus and the need to wear masks and maintain social distancing.

None dared or bothered to question the Modi government about why it didn’t restrict travel from China like New Zealand did on 3 February, when the island nation did not have a single case? What prevented Modi from emulating the internationally recognised Vietnamese model of controlling Covid? If Vietnam, ranked No. 2 globally in January by the Lowy Institute for its success in handling the virus, could implement the WHO’s test-trace-isolate guidelines and shut its borders in February, what stopped Modi? Obviously, hubris and ego.

Instead, a majority of Indians were mesmerised when Modi announced a janata curfew in his demagogic style in a national televised address as late as 22 March, when the number of cases had already crossed 350, goading them to bang pots and pans on balconies to celebrate the medical fraternity fighting the Coronavirus. The event turned out to be a ridiculous spectacle with the behaviour of several Indians bordering on lunacy.

Two days later, on 24 March, Modi dropped a bombshell by announcing an unplanned and debilitating 21-day lockdown that brought the nation to a screeching halt. As the upper and the middle classes swarmed grocery and vegetable stores with few hours left to stock up, in the next few weeks, India witnessed gut-wrenching stories and visuals of thirsty, famished and dirt poor migrant workers trudging hundreds of kilometres back to their villages in scorching heat.

Modi supporters were unmoved. Relaxing in their AC rooms, gorging on stocked-up snacks and soft drinks and watching channels propagandising how Modi had imposed the world’s harshest lockdown, the horrifying scenario of ravaged migrant workers unfolding on TV screens triggered their contempt, not sympathy.

The insanity of Modi followers in the face of a killer virus reached its crescendo on 5 April, when they put up another show of fatuity after he prodded them to switch off their lights, congregate on balconies and turn on their cell phone torches and light candles for 9 minutes at 9 PM to show India’s “collective resolve and solidarity in defeating” the virus, which had already infected more than 3,500 Indians.

These medieval acts established two precedents: first, Modi’s wish would be his supporters’ command and second, Indians would never question his decisions—for example, why Modi banned international flights as late as the last week of March, why didn’t he instruct the healthy ministry to make preparations to counter Covid-19 on a war scale, why the government didn’t even consider genome sequencing or working on a vaccine, and why people who had come in contact with the infected were not traced and isolated considering the total number of confirmed cases was less then 5,000 and manageable?

With a yes-man Cabinet comprising conscience-free ministers and a mostly spineless bureaucracy, Modi showed how he could unilaterally decide on issues that could have an everlasting impact on India. A BBC investigation—240-plus right-to-information applications filed with various government departments—revealed that Modi neither consulted key ministries nor sought advice from states before imposing the monumental devastating lockdown.

As Modi extended the lockdown thrice, the rudderless economy wobbled to a juddering halt with millions in the unorganised sector rendered jobless. Growth tanked to -23.9% in the first quarter of 2020-21 with the manufacturing sector taking the biggest blow.

Despite imposing the severe four-phased lockdown, the total number of cases touched 2,00,000 and the number of fatalities 5,000 by the time it was lifted. Modi supporters were mum again—because their strutting messiah is always right in pulling a rabbit out of his hat. Few questioned the abject failure of the lockdown, borrowed from European nations such as Italy and Spain which were grappling with the Coronavirus.

Considering the younger age profile of India’s population and its innate immunity, the government should have locked down specific areas—like Vietnam’s local lockdown approach—that reported the maximum number of infections, not the entire nation.

With the number of cases and deaths rising, exposing the futility of the lockdown, an unbridled and unquestionable Modi took another sudden and bizarre decision in unlocking the country.

Modi supporters were not silent this time; instead, they were visibly excited. The middle class was gung-ho about thronging malls, movie theatres and restaurants in weekends after the long ‘house arrest’ and the high society about partying and boozing.

Considering the history of viruses, Modi should have bolstered India’s defences by investing heavily in genome sequencing to develop vaccines last year itself against an imminent second wave which is usually always more lethal than the first as evidenced by the Spanish flu. The pandemic, also known as the Bombay Influenza in India and which wiped out 5% of our population (more than 18 million people)—especially during the second wave—should have guided Modi’s strategy in preventing the current surge.

Besides, a virus always mutates to a new variant often attacking the receptor cell in a different way; it could be more fatal or less yet more infectious. Shockingly, SARS-CoV-2 had already mutated to a double mutant (E484Q and L425R) strain called B.1.167, or the Indian variant, and detected on October 5. With a fatal foreign virus metamorphosing into a local variant, Modi should have pumped crores into genome sequencing to find out its origin and prevalence. However, in its usual lackadaisical manner of functioning, the government formed the Indian SARS-CoV-2 Genetics Consortium (Insacog) as late as January this year.

Modi became complacent when the ferocity of Covid started to reduce after reaching its peak—as with any other viral attack—few months later. As the number of daily cases slipped below 13,000-14,000 by January-end, Modi trumpeted India’s “victory” over the Coronavirus at the World Economic Forum’s Davos Dialogue. Discounting the views of international experts, he boasted: “Last year [2020], in February-March, several experts had said the India will be the worst-affected country; there will be tsunami of cases. … India has saved the world from disaster by bringing the situation under control.” Even the British scientific journal Nature recently noted that Indian leaders “became complacent” after daily cases “peaked at nearly 96,000 in September before slowly declining to around 12,000 at the beginning of March”.

Did Modi supporters and the mainstream media bother to enquire how India had “saved the world from disaster by bringing the situation under control”? A virus is controlled and finally eliminated by inoculating the population, not by hyperbole or braggadocio.

Why Modi kicked off vaccination as late as January 16? Why he waited till April 19 to advance Rs 4,500 crore to Covishield producer Serum Institute of India and Covaxin manufacturer Bharat Biotech? Why he limited India to only two vaccines while the US and UK had ordered multiple vaccines? Why India donated 11 million vaccines to other countries between January and April when only 2% of the population is fully vaccinated and 9.2% partially? These glaring questions remain unanswered.

Modi supporters, who had by then developed a vitriolic hatred towards scientists and experts advising otherwise or other contrarians, rejoiced his fantasised victory over Covid. Social distancing and masking gave way to weddings, parties and crammed malls and movie theatres for Modi supporters believed that the Vishwaguru had crushed the virus under his commandership.

Having honed his one-upmanship and entrenched his despotic ways of functioning in the last seven years, Modi consulted only himself. Despite a warning in March from ISACOG about the new Indian variant B.1.167 spreading, the government did not stop India from hurtling towards the impending calamity.

Instead of immediately banning public gatherings and ordering Covishield and Covaxin in bulk, the Modi government intensified its political campaigns in poll-bound states and allowed the Kumbh Mela—the two super spreader events—with daily deaths more than 2,000.

The deafening silence of the mainstream media, which misled the public, was complicit in the thousands of daily Covid deaths as Modi addressed one election rally after another and even praised the size of the crowd at his rally in Asansol, West Bengal, on a day when the daily cases breached 2,40,000.

With 4.01 lakh new cases and 4,187 deaths on May 8 (total number of infections more than 2.18 crore and death count 2.38 lakh-plus), the government’s principal scientific adviser K Vijay Raghavan has already warned of a third wave. Is India ready to neutralise a third onslaught? No. Have Modi supporters been jolted out of their obeisance to question him about why the virus has brought the Vishwaguru to its knees? Sadly, the answer is again a sickening “No”.

The author is an independent journalist. He writes on foreign affairs and other issues. The views are personal.