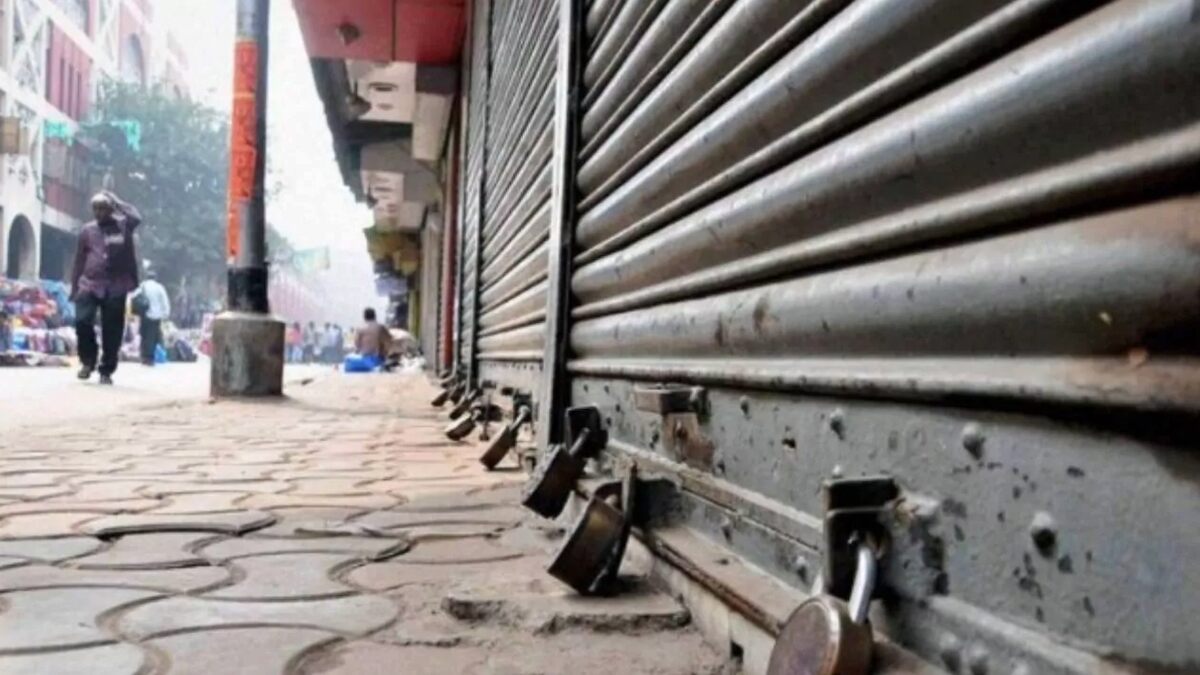 Bharat Bandh: Why the Workers and Farmers have Called for a Nation-wide Strike

The convergence of the two classes against the policies of the ruling government will emerge as a powerful force, writes SUBODH VARMA.

AN estimated 20 crore workers in public and private sector, spanning manufacturing and service sector units, will go on strike on November 26. The call for this massive countrywide action has been given by 10 central trade unions and dozens of independent federations. Only the RSS-affiliated Bharatiya Mazdoor Sangh is not supporting the strike.

Simultaneously, an umbrella platform of over 300 farmers’ organisations has called for a two-day protest on November 26-27, in coordination with the trade unions. An estimated two lakh farmers are going to head to Delhi from five neighbouring states — Punjab, Haryana, Uttar Pradesh (western part), Rajasthan and Madhya Pradesh.

It is expected that on November 26, workers in all major industrial sectors, including steel, coal, telecom, engineering, transport, port & dock, plantations, defence production, and all major financial establishments like banks, insurance, etc. will go on strike, stopping work and holding protests.

Meanwhile, starting on November 26 and extending till the next day, farmers will hold protest actions in all district headquarters or in front of State Assemblies/Raj Bhawans. In several states, like West Bengal, Maharashtra and Tamil Nadu, a Grameen Bandh (rural strike) will be observed.

Despite strong opposition, the Modi government has rammed through four Labour Codes that will replace existing protective laws for workers.

Why are workers going on strike?

Industrial workers and employees in service sectors have been demanding increase in minimum wages, end to contractual work, reining in prices of essential commodities, and end to the government policies of selling off public sector units to private entities. They have held protest demonstrations, dharnas etc., given memorandums and petitions to all the bigwigs in the government. Yet the Narendra Modi government has displayed a strange hostility towards these creators of wealth, completely ignoring these demands over the years. This hostility and apathy has forced the workers to go on strike in 2015, 2016, 2019 and in January 2020.

In short, a full license has been given to exploit workers as intensely as possible.  This condition has been further aggravated in the recent lockdown where lakhs of workers lost their jobs and are now working on much reduced wages and onerous conditions.

Despite strong opposition, the Modi government has rammed through four Labour Codes that will replace existing protective laws for workers. These Codes allow employers and the governments to increase the workload on workers, make it more difficult to get fair wages, easily throw out workers, appoint workers for a fixed period (a kind of contractualisation), reduce the effectiveness of government-run medical insurance and provident fund, and make it more difficult to form trade unions, which are essential to protect workers’ rights.

In short, a full license has been given to exploit workers as intensely as possible.  This condition has been further aggravated in the recent lockdown where lakhs of workers lost their jobs and are now working on much reduced wages and onerous conditions.

So, the workers have decided to go on strike to put pressure on a hostile government to accede to their demands. These include: minimum wage of Rs.21,000 per month; assured pension of Rs.10,000 per month; 10 kg of foodgrain to all needy families and strengthening of public distribution system; to tide over the lockdown devastation, Rs.7,500 per month to all non-income tax paying families; withdrawal of new Labour Codes; withdrawal of the three agriculture related laws; withdrawal of New Education Policy and allocation of 5% of GDP to education; healthcare for all and allocation of 6% of GDP to health; withdrawal of the new electricity amendment Bill; end to disinvestment of public sector enterprises, etc.

What are the farmers demanding?

The farmers of the country had, for the past several years, been agitating for better prices for their produce. They were demanding that the government should declare Minimum Support Prices that are at least 50% more than what it costs farmers to produce a crop. This was based on the recommendation made 16 years ago by the National Farmers Commission headed by M.S.Swaminathan.

The farmers are also demanding that with over 50% of farmers in debt, the government should waive all debt. These two measures would help put India’s agriculture back on rails by giving some support to farmers. Otherwise, due to diminishing returns and increasing debt farmers were in deep crisis and as many as 300,000 of them were estimated to have committed suicide in the past 25 years.

Farmers are dead opposed to these new laws that not only omit any guarantee of MSP but, on the contrary, open the doors to complete takeover by corporate agribusinesses and big traders.

Widespread agitations, including a three-day mahapadav in Delhi in 2017, forced the government to adopt various tricks, such as pretending to accept the Swaminathan Commission recommendation of 50% more than cost. But in reality, they changed the definition of ‘cost’ by removing some key expenses.

Similarly, the government announced that it would give Rs.6,000 as income support per year to all farmers although, finally it didn’t reach all the targeted people. However, these measures did not address the fundamental problems of farmers.

This year, using the pandemic as cover, the Modi government issued three ordinances that completely transformed the existing agrarian systems of cultivation, trade, stocking and prices. These ordinances were replaced by Acts of Parliament in the recent Monsoon Session, reportedly getting them passed after preventing discussion and removing opposition members from the house.

Farmers are dead opposed to these new laws that not only omit any guarantee of MSP but, on the contrary, open the doors to complete takeover by corporate agribusinesses and big traders. These profit-hungry entities will determine what crops are to be cultivated, how much they will buy at what price, and they will be free to hold as much stocks as they want, and sell at whatever prices they determine. This has led to an upsurge of anger in farmers across the country with recent protests on September 14 and 25 and then on  October 5 and November 5, seeing over a crore farmers participating, according to All India Kisan Sabha general secretary Hannan Mollah.

So, farmers are holding these protest actions on November 26-27  to demand withdrawal of the three laws, implementation of Swaminathan Commission recommendations and waiver of all debt.

This convergence against the package of policies that the Modi government has been pushing through has been growing with several actions seeing participation of both classes.

Why are workers and farmers protesting on same days?

That’s because over the past few years, it has been realised that the Modi government is solely responsible for the plight of both these hard-working sections that form the foundation of India’s economy. In India, there are deep links between workers and farmers, since most workers have families that still work on the land. The crisis in agriculture has, in fact, created an army of unemployed, a section of which migrates to cities to work in industries and the informal sector. So, there is an already existing organic link between these sections.

Initially, the movements were separate but they converged soon realising that joining together is a way forward to increasing their strength and making the government listen to their protests, which were otherwise being ignored. This convergence against the package of policies that the Modi government has been pushing through has been growing with several actions seeing participation of both classes.

This time, in preparation of the November 26-27 protests, a historic joint meeting of the AIKSCC and the Joint Platform of Trade Unions was held leading to a fully sychronised action programme. In the coming days, this unity is going to emerge as a very powerful force in India.

Are these protests by workers and farmers only about their own demands?

No, and that lends even more significance to this unity. Both movements have also agreed to fight against the increasing recourse taken by the Modi government to push the Rashtriya Swayamsevak Sangh-driven agenda of Hindu Rashtra, as evident in its actions of abrogating Article 370 in Jammu & Kashmir, the passing of Citizenship Amendment Act (CAA) that discriminates against Muslims applying for citizenship, the push for a National Register of Citizens (NRC), which is likely to be used against the minority community, and several other pronouncements and actions that divide the people on religious lines.

The movements are steadfast in declaring their opposition to such moves because they see these as attempts to divert attention from the economic crisis that engulfs the country, and specifically the workers and farmers. The movements also have criticised the Modi government for destroying democratic institutions, as was seen in the dictatorial way in which the agriculture related laws were passed in Parliament.

As mentioned earlier, the demands of workers – supported by the farmers – include scrapping of the new education policy, allocation of 5% of GDP for education and 6% for health etc. These show the wider sweep and appeal that this movement is striving for.

(Subodh Varma is a senior journalist. Views are personal. The piece was first published in Newsclick.)