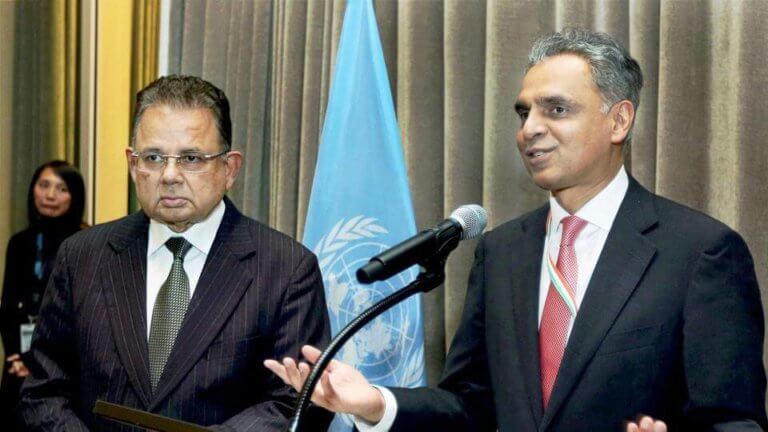 While Justice Dalveer Bhandari has thanked Prime Minister Narendra Modi and external affairs minister Sushma Swaraj for his election to the International Court of Justice (ICJ), the fact remains that he won only after Britain’s candidate Justice Christopher Greenwood withdrew from the race. The explanation that this was done in the interest of maintaining good relations with India is hardly convincing.

When Justice Greenwood failed to get a majority in the General Assembly, the writing on the wall was clear. Equally, India did not get the vote of the Security Council for obvious reasons. The answer to his win must be found in the answer to the question why Greenwood withdrew? After all, when the vote took place, there was only one name on the ballot.

In the General Assembly, voting happens in geo-political blocs, and one of the most-bonded of all such blocs is the Islamic Bloc. It was a foregone conclusion that the Islamic Bloc would vote against Greenwood because the British government used his opinion on the use of force in Iraq in 2002 to justify the invasion of the country, without the aid of a UN Security Council resolution.

The right to self-defence, he said, would not require a Security Council resolution. Greenwood, however, gave no opinion on the question whether such a risk of attack by Iraq existed but the British government taking advantage of the opinion invaded Iraq on the ground that the country had weapons of mass destruction (WMD) “capable of attack.” Greenwood’s opinion was critical to these developments, though he himself made it conditional. A subsequent inquiry found that Britain was misled by the then Prime Minister Tony Blair that WMDs were found in Iraq.

It is unlikely that the Islamic bloc of countries had forgotten his role in the Iraq invasion and would have voted in his favour. This can explain the withdrawal of the British candidate after it became clear that there would be no secret vote in the Security Council.

This is not to deny India’s considerable lobbying skills at the UN General Assembly, which have been built up over the years from the era of non-alignment to the era of alignment with the countries of the South. For India, this is no doubt a major diplomatic success.

Anyone who saw our envoy to the UN would agree that he pitched his speech very well as a us-versus-them battle, which resonated with many countries.

It would be a mistake to see this development as India’s growing international clout. It would be an even bigger mistake to think that Justice Bhandari’s election means we have a better chance of succeeding in the Kulbushan Yadav case. This is because every ICJ judge once elected must show his independence from his own country and decide only according to law.