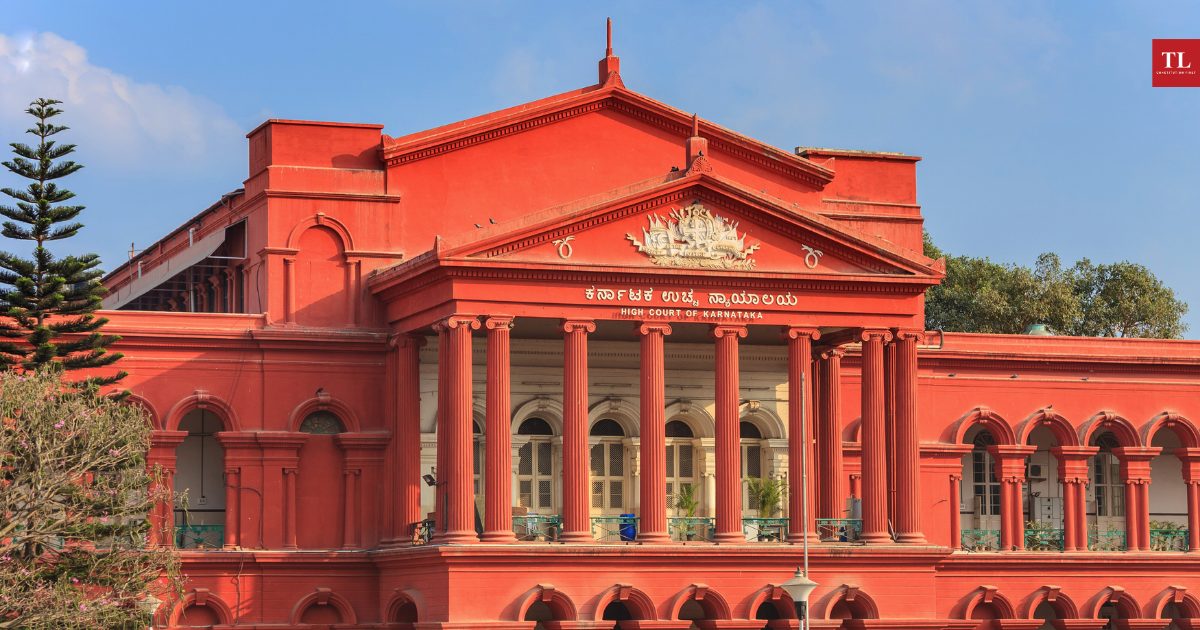 Ban on hijab valid, not violative of Article 25: PU College and CDC argue before Karnataka HC

THE PU College and the College Development Committee [CDC] made submissions today in support of the hijab ban before the Karnataka High Court. The court is hearing a batch of petitions which seek a declaration that the ban is without the authority of law, and violative of Articles 14, 19(1)(a), 21 and 25 of the Constitution. The matter is being heard by a bench comprising Chief Justice Ritu Raj Awasthi, Justice Krishna S. Dixit, and Justice J.M. Khazi.

During the previous hearings, the counsels for the various petitioners had argued that the ban on hijab was without the authority of law, and violative of Articles 14, 19(1)(a), 21 and 25 of the Constitution.

On the other hand, the Advocate General of Karnataka argued that the hijab ban is in consonance with the spirit of secularism and that wearing of hijab is not an essential religious practice in Islam.

Senior advocate S.S. Naganand, appearing for the PU College, submitted that the students in question did not always wear a hijab and had started doing so only recently. He stated that before December 26, 2021, which is when they had first requested the principal for permission to wear the hijab inside the classroom, the institution did not have any rule on hijab-wearing since no one used to wear it in the classroom in the last 35 years. He pointed out that the Aadhar cards of the students, which were annexed to the petition, had pictures of the students in which they were not wearing a hijab. Based on this, he argued that it wasn’t the case that the students never stepped out without a hijab in public.

He also submitted that the supporting affidavit in the petition was signed by the mother, and the same rendered it void, as the petitioner is an adult and is accordingly required to sign the affidavit herself.

He submitted that there had been an influence by some voluntary groups which had been instigating protests. The name of the student organization Campus Front of India, affiliated with the Popular Front of India, was mentioned in this regard. To this, the court asked if the State had any intelligence report. The Advocate General submitted that he was not aware, but if the State did have one, he would submit the same in a sealed cover. Advocate Md. Tahir, counsel for one of the petitioners, intervened to say that if that is the case, intelligence reports must also be called with regard to saffron shawls being distributed.

Naganand submitted that the allegations of the petitioners about the college discriminating against them and harassing them, are false and without evidence. He argued that the college had a parental role to play and was allowed to enforce corrective measures to discipline students. He submitted that bona fide corrective measures could not be termed as discrimination or harassment.

He submitted that the Government Order had left it to the colleges to take a call about uniforms and hence, the decision of the college to prescribe a uniform was in accordance with law.

Naganand also argued that the right to religion has to be balanced with the rights of other citizens, more specifically, their right to peaceful existence. He submitted that one could not threaten other people’s right to peaceful existence just because they wish to practice their religion. In this regard, he relied on judgements which declared that burning of fire crackers is not essential in the Hindu religion and that azaan being played on loudspeaker is not essential to Islam.

He submitted that students came to colleges to get an education and in doing so, they need not bring with them any religious symbols.

He submitted that even in countries like Iran, when the Shah ruled and before the Ayatollah took over, there was no requirement for women to wear a hijab.

Advocate Raghavendra Srivatsa made brief submissions on the applicability of foreign judgments. He argued to support the contentions of Naganand.

Senior Advocate Sajan Poovvaya then started arguing on behalf of the CDC. Poovayya submitted that he adopted the submissions made by the Advocate General and Naganand.

Poovayya argued that the right to wear religious attire is amenable to Article 25 and not Article 19, and that the same is not an Article 19 right.

He submitted that even if wearing hijab is an essential practice, it would have to yield to secularism in public institutions. He argued that public institutions impart secular education and therefore, students cannot bring religious symbols into the classroom.

He submitted that the school had around 950 students, and of them around 100 were Muslims. He added that none of them wore a hijab till December and only five of these 100 started demanding the right to wear a hijab in school. He submitted that the students were free to switch to another institution which would allow them to wear a hijab in class.

He submitted that it was a duty for the school to ensure that a minor girl was not shackled to a practice like that of wearing hijab, and the said decision about wearing a hijab could be taken by the woman when she attains majority.

He submitted that there needed to be quality in education and once a uniform was prescribed, the same could not be challenged on religious grounds.

Relying on the Supreme Court’s Sabarimala judgment of 2018, Poovayya submitted that peace and tranquility is public order, and that law and order is only a small subset of public order. He submitted that it is necessary to maintain cohesiveness in educational institutions to ensure that public order is maintained.

Poovayya submitted that even globally, various courts of different countries, both secular and religious, had upheld bans on hijab.

Senior counsel Jayna Khotari asked the court for 10 minutes so that she could make submissions on behalf of one of the intervenors. However, the court clearly stated that they would not allow any intervenors to argue and that if they wished, they could submit written submissions for the court’s consideration.

The High Court bench said that the uniform prescribed by the schools and colleges should be followed till the disposal of the case.
“We are making it very clear that whether a degree college or a PU College, if a uniform has been prescribed, that has to be followed so long as the matter is pending before the court,” Chief Justice Awasthi told Tahir.
At the end of the hearing, a number of lawyers sought a clarification from the court regarding its interim order which required students to not wear any religious clothing in schools and colleges. They submitted that the order was passed for PU Colleges and Schools, but Degree Colleges were also enforcing it, and that teachers were also asked to remove their headscarf. Tahir urged the bench for clarity on its interim order, saying that every institution was “pushing students outside” the college citing the court order.

The court made it clear that its interim order related to hijab was confined to students only.