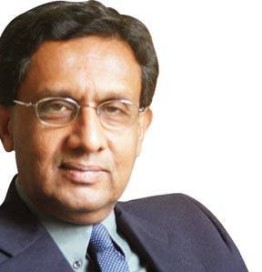 Professor G Mohan Gopal, a leading voice on judicial reform and justice in India, has been the head of the National Judicial Academy of the Supreme Court of India (NJA) from 2006 to 2011. Prof. Gopal oversaw the transformation of the Academy into a vibrant forum for dialogue on justice between civil society and judges, and made it a key catalyst for institutional innovation on judicial reforms. Since 2011, Prof. Gopal heads the National Court Management Systems Committee of the Supreme Court – pioneered by him as a new national focal point for systemic improvement of the judicial system. A former Vice Chancellor of the National Law School of India, Bangalore, Prof Gopal is also a former member of various national regulatory bodies including the Law Commission of India, the Securities and Exchange Board of India, the University Grants Commission, the Copyright Law Board of India, and the News Broadcasting Standards Authority. Dr. Gopal also currently serves as Director of the Rajiv Gandhi Institute for Contemporary Studies (RGICS). He worked at the World Bank in Washington, DC for over two decades, where he became Chief Counsel in the Legal Department. He taught law at Georgetown University Law School, Washington, DC as an adjunct professor for nine years (1991-2000); and at the Faculty of Law, National University of Singapore, as a lecturer in law for three years (1980-83). Dr. Gopal has also worked as legal counsel in the Office of the General Counsel of the Asian Development Bank, Manila (1983-86). Dr Gopal holds a doctoral degree in law (SJD) from Harvard Law School) (1984) where he also obtained a Masters Degree in Law in 1979.

A case for abjuring custodial interrogation

The role of the judiciary seems to be gradually shifting from being a check on power to being a partner in power. The separation of powers is being weakened in a quest for reunification of all sovereign power under one common leadership.