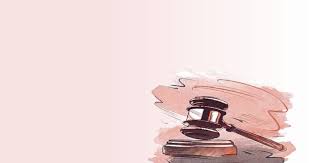 In 2009, the Supreme Court and the high courts resolved to publish voluntary declaration of assets by their judges. Since then, efforts to make disclosure of judges’ assets mandatory and available to the public have been defeated in both the Parliament and before the Supreme Court. As a result, less than 15 per cent of all judges in the higher judiciary have voluntarily published their assets, writes VINEET BHALLA.

THE assets of only two sitting judges of the Supreme Court of India, and of a handful of judges at only the Chhattisgarh, Delhi, Himachal Pradesh, Karnataka, Kerala, Madras, and Punjab and Haryana High Courts, are disclosed online on the respective websites of the courts.

Proactive public disclosure of their assets is not mandatory for judges of the high courts and the Supreme Court, and it is ordinarily up to individual judges whether they choose to disclose their assets.
Also read: Supreme Court Ruling Comes in Handy to Constrict the Fundamental Right to Information

Resolutions regarding declaration of judges’ assets

In May 1997, the Supreme Court had adopted a resolution, as per which it is mandatory for every judge of the Supreme Court to declare to the Chief Justice of India all their “assets in the form of real estate or investments (held by him/her in his/her own name or in the name of his/her spouse or his/her dependant family member) within a reasonable time of assuming office … and thereafter when ever [sic] any acquisition of a substantial nature is made, it shall be disclosed within a reasonable time.”

Most high courts had adopted a similar resolution soon thereafter.

Public interest litigation initiated by right to information activist Subhash Chandra Agarwal in 2009, culminated in the Supreme Court confirming in November 2019 that information as to whether judges had made declarations under the 1997 resolution to the Chief Justice of their respective courts could be sought under the Right to Information Act.

Twelve years subsequent to the 2009 resolutions, only a handful of all sitting judges from the higher judiciary have chosen to voluntarily reveal their assets. Even among these, the asset declarations of several judges are outdated by a decade or more.

In 2009, the then Union Law Minister M. Veerappa Moily had attempted to introduce a bill into the Rajya Sabha to mandate the declaration of assets by judges to competent authority, but it could not be passed because of opposition by Parliamentarians to a provision that blocked the declarations from perusal by citizens. Samajwadi Party legislator Mahendra Mohan had also introduced a similar bill in the Rajya Sabha that year that mandated the disclosure of assets by judges to certain authorities, the updating of such declarations every three years, and provided for the government as well as citizens to call for the information; however, that bill didn’t pass either.

However, twelve years subsequent to the 2009 resolutions, only a small percentage of all sitting judges from the higher judiciary have chosen to voluntarily reveal their assets.

Analysis of declaration of data across courts

Among the 25 high courts in India, voluntary disclosure of assets is available in the public domain for judges from only seven high courts. Even among these high courts, only at three high courts have over half of the judges published such disclosures.

By far the best performing high court is the Himachal Pradesh High Court, where seven out of nine sitting judges have declared their assets on the high court’s website. Three of the seven declarations are undated, with the dates for the rest ranging between 2016 and 2021. Interestingly, the only two judges whose asset declarations are not published are the Chief Justice, and the second senior-most judge.

The next best performer is the Punjab and Haryana High Court: it has 49 sitting judges, out of which 38 have declared their assets on the high court’s website. The date of asset declarations range from 2014 to 2021.

The remaining three high courts don’t have impressive records: the Chhattisgarh High Court, only three of whose 13 judges have declared their assets, and the Madras High Court, only nine of whose 60 judges have done so. The asset declarations for judges from the former are from 2013 and 2014 (with that of a third judge not being dated), whereas those for judges from the latter are from 2013 to the present year. Finally, on the Karnataka High Court’s website, the assets of only two of its 45 sitting judges are available: one declaration is dated 2015, and the other is dated this month. The Karnataka high court’s website also contains an undated assets declaration for Justice Aravind Kumar, who was transferred to the Gujarat High Court to serve as its Chief Justice in October this year. This declaration, however, is not available on the Gujarat High Court’s website.

Notably, the Chief Justices of none of these high courts have published such declarations. In contrast, Chief Justice Ramana is one of the only two Supreme Court judges to publish his declaration of assets.

It is worth pointing out that the judges’ asset disclosures are separately and visibly provided on the websites of only the Supreme Court, and the Punjab and Haryana, Delhi, Chhattisgarh, Madras and Karnataka high court websites. On the other hand, with regard to both the Himachal Pradesh and Kerala high courts’ websites, one has to manually click on the profile of each sitting judge on the website to see which ones have made their assets and liabilities declarations available. It is suggested that for greater transparency and ease of access, the latter two should follow the model of the former six courts.

The rest of the 19 high courts in India have not published the asset declarations for any of their judges on their websites, in spite of express resolutions for the same being passed by some of them.

Note: Data is accurate as on December 31, 2021, and sourced from the respective courts’ websites. This data excludes the undated declaration of Justice Aravind Kumar, Chief Justice of the Gujarat High Court, on the Karnataka High Court website. As can be seen from the table above, only 14.52 per cent of all sitting judges in our higher judiciary have voluntarily publicly declared their assets. Even among these, the asset declarations of several judges are outdated by a decade or more.

Also read: RTI: Independence of judiciary means independence from the executive and the legislature, not from the people of this nation, says Prashant Bhushan in the Supreme Court

The Supreme Court has held in a catena of its judgments that citizens have the fundamental right to know the assets and liabilities of candidates contesting legislative elections under Article 19(1)(a) of the Indian Constitution. If those holding positions of power in the legislative and executive branches of the State have a legal obligation to declare their assets, and since officers of the lower judiciary too are stipulated to annually declare their assets, there is no good reason to exempt those holding positions of power in the judicial branch from the same under the guise of ‘confidentiality’.

In the interest of transparency, the Supreme Court must make the publication of annual asset disclosure a legal obligation for all Supreme Court and High Court judges.