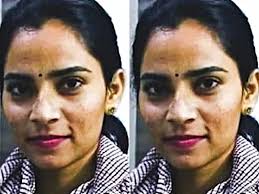 Nodeep Kaur, a Dalit trade unionist will complete 26 days in custody at the time of her next bail hearing. She was arrested from a protest site near Singhu border on 12 January. Despite allegations of custodial torture and sexual assault, her arrest remains missing from mainstream media. A report by MANYA SAINI.

Dalit labour rights activist, Nodeep Kaur, a leader of the Mazdoor Adhikar Sangathan (MAS) was arrested from a protest site near Singhu border on 12 January. The trade unionist’s bail has been rejected twice now, even as her family levels serious allegations of custodial brutality and sexual assault.

She has been slapped with a slew of charges, including IPC section 307 (attempt to murder). Three FIRs have been registered against her, booking her for rioting while armed with a deadly weapon, unlawful assembly, criminal intimidation, causing hurt to a public servant, extortion, trespass, snatching, assault and criminal force. The court in both hearings has denied her bail citing the seriousness of the charges.

According to a medical report cited by her lawyer, Advocate Jitender Kumar, there are wounds on her private parts and body. Rajveer Kaur, student activist and Nodeep’s sister, has claimed that she was brutally thrashed in police custody and her clothes were torn at the time of arrest by male officers. Officials of the Haryana police have denied these allegations.

Nodeep had mobilised workers of the Kundli Industrial Area located close to the Singhu border to the cause of the farmers, with the rallying cry, ‘kisan mazdoor ekta zindabaad (Long live farmer-worker unity).’ Nodeep was working part-time in a factory following the lockdown to arrange funds to study further in the University of Delhi. According to reports, the MAS had rallied 300 workers to protest daily against the new agri laws.

In an interview shared by Sikh poet, Rupi Kaur on Twitter, Nodeep commented on the importance of the farmers’ protest for workers, saying, “they are tied to each other.” She added that the government is benefiting by selling both communities to the corporates. Further, observing the success of both movements of the farmers and workers remains dependent on each other’s support.

on january 12—haryana police abducted nodeep kaur from her tent at singhu protest. since then she has been beaten & sexually assaulted while under police custody.

nodeep is 23 yold punjabi dalit woman & trade union activist who has been bravely speaking up about the protests. pic.twitter.com/XvN6TJwKj8

Several groups have alleged that Nodeep’s arrest is the denial of the workers’ constitutional right to association and targetting was done in a bid to break the unity of both groups in the area. MAS has called for the repeal of the new farm laws stating that they are anti-farmer as well as united in the struggle in face of violence and unlawful actions of the state.

Activists, student organisations, trade, and farmers unions have come together under the banner of Campaign Against State Repression (CASR) claiming that all charges against Nodeep are fabricated.

The group has released a statement alleging that Nodeep’s arrest is discriminatory based on her caste and gender identity. It said, “The targeting of a young Dalit woman who dared to raise her voice for the rightful demands of the workers has been met with the cruelest, misogynistic barbarity of the men in uniform who have resorted to sexual violence. The impunity of the police stands firmly on a Brahmanical, patriarchal, Hindutva ground.”

They have also claimed that Nodeep has not been given adequate medical support in custody at Karnal jail. The activists have called for her immediate and unconditional release. Reportedly, a delegation of farmer unions have also met the Sonepat Superintendent of Police with the same demand.

Several civil society and student organisations like All India Students Association and Students’ Federation of India among others on Wednesday organised a citizens’ march in solidarity with the farmers, starting from Mandi House to Jantar Mantar. However, it was stopped by the Delhi Police. Among the demands made by protesters, the release of Nodeep Kaur was included, who they alleged was a political prisoner accused of false charges.

The Dalit activist hails from a peasant family in Punjab’s Muktsar. Her mother is a member of the Khet Union in their local area and her sister Rajveer is a student leader of the Bhagat Singh Students’ Front at Delhi University. As a member of the MNS, she had advocated for the payment of fair wages and campaigned against the exploitation of women.

Nodeep Kaur’s next bail hearing is scheduled for 8 February.