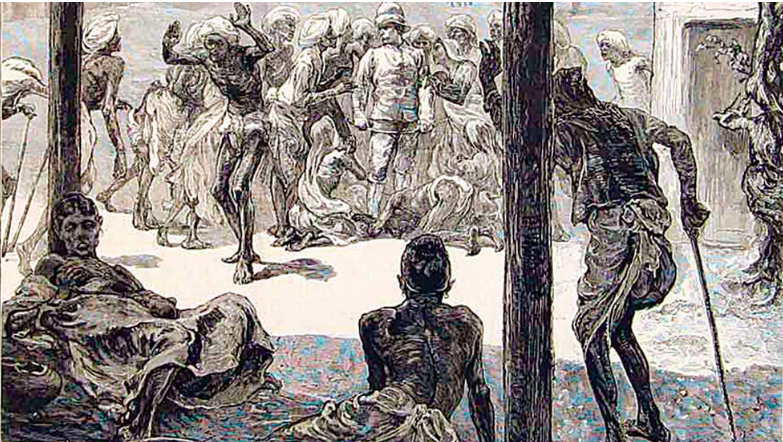 Coronavirus and the LawGovernanceHealth Rights

Are we ready for the next pandemic: Analyzing India’s social, fiscal and legal preparedness

Pandemics have been a regular feature of life over the last few centuries. They have huge consequences for the post-pandemic period. The authors here do not explore the medial issues but the legal and fiscal issues that arise in a pandemic and make a few comparisons with other countries for the way forward.

THE outbreak of COVID-19 has posed a massive challenge to countries across the globe. Factors such as medical preparedness, economic strength and resource management of a State reflected its ability to ‘flatten the curve’. As the virus expanded over continents, nations adopted different methods to nip the contagion in the bud. Modes adopted by each country varied depending on its prevailing social, fiscal and legal preparedness.

History of epidemics in India

COVID-19 is an addition to the list of epidemics that have brushed India over the last two centuries. The techniques adopted for the diffusion of pandemics in modern history vary with changing times, depending on factors such as public health responses, social interactions, travel patterns within cities and across countries, and characteristics of the pathogens themselves[i]. India’s history with epidemic breakouts can be traced as under[ii]: When it comes to modern history, the Spanish Flu of 1918 can be taken as a convenient starting point for the discussion. Influenza did not originate in Spain but derived its name due to exhaustive reporting by the free Spanish media. The Spanish believed that the virus spread from France, and called it the “French Flu.”[iii] The estimated death toll of the Spanish Flu in India was between 10 to 20 million[iv].

In addition to the menace of the epidemic itself, factors such as existing public policy, legal framework, social background, etc. influence a nation’s response to deal with an epidemic, and may cause an otherwise stable situation to spiral out of control.

Incidents of the past indicate a pattern in a society’s immediate response to a catastrophe. The most common knee-jerk reaction of the masses is to attribute the epidemic to an unknown entity, such as a religion/community, eating or drinking habits, etc.

For instance, in 1918, the spread of the Spanish Flu was accompanied by an outbreak of misinformation amongst the public. A rumour escalated that a poisonous gas escaped from World War I, and reached Bombay which caused the death of thousands.

Most recently, unsubstantiated rumours of a bio-weapon being released from a Lab in Wuhan, China was doing rounds in social media. Before this myth could be debunked, a flair of conspiracy theories regarding coronavirus grappled the public. One of the misconceptions was that extreme temperatures reduced the risk of contracting the virus; another theory alleged that drinking alcohol or spraying chlorine prevented a person from becoming a victim to the disease. The WHO took to every cock-and-bull story by its horns, and published “Myth Busters” to clarify true facts.

A common thread runs amongst these incidents. It was neither the poisonous gas, nor a bio-weapon, which caused numerous deaths, but a novel disease which no one was prepared for.

The spread of fake news amongst the public creates panic and hampers an otherwise over-burdened system. The largescale availability of communication platforms acts as a catalyst in the spread of misinformation. Direct transmission of accurate facts through a public channel and penal consequences on disseminators of misinformation could be a method to combat the bug of rumour-mongering. Another antidote to the spread of half-truths is public awareness and exercise of self-restraint by individuals.

A majority of countries, including India, invest a substantial portion of its funds in developing and fortifying its defence division to prepare for a suppositious war in the future. However, incidents of the recent past indicate that the probability of humans dying due to a disease is much higher than a man-made war.

The Global Health Security Index which ranks a nation’s outbreak preparedness on the basis of its capability to prevent, detect/ report and respond to an outbreak, ranked India at 57 out of 195 countries in 2019. Interestingly, India’s Health Care access rank stands at 149, and Infrastructure adequacy at 124.

These numbers indicate that India is not prepared to fight a pandemic with its existing infrastructure and health care system, and needs to fortify its health sector. Practical allocation of funds and timely revision of budgets could aid in overcoming this hurdle.

Prior to the promulgation of the Epidemic Diseases (Amendment) Ordinance, 2020 (“2020 Ordinance”), India was hanging on to an unamended 123-year-old Legislation to deal with a virus which is a creature of the 21st century. It is said that the colonial legislation was brought to force in the wake of the outbreak of the bubonic plague in India, and gave draconian powers to the colonial government.

The unamended Act empowered the government (both state and Centre) to take necessary steps such as issuing temporary regulations for the public, inspection of persons, segregation of suspected individuals, etc. if it is satisfied that the nation or any part is threatened by an outbreak of an epidemic disease.

Further, the unamended Act empowered the government to prescribe regulations for the inspection of persons travelling, segregation in hospitals, and temporary accommodation for persons suspected of being infected with any such disease[v]. The violation of any regulation, or order made under the Act was made a punishable offence u/S. 188 of IPC[vi]. The unamended Act further provided for protection of officials acting under this Act against initiation of legal proceedings[vii].

The 2020 Ordinance specifically provides for protection and security of healthcare service personnel all over India. It makes an act of violence against such personnel a cognizable and non-bailable offence, prescribing harsh punishments in the form of imprisonment up to 7 years and fine up to Rs. 5,00,000/-. In addition to the prescribed punishments, the Ordinance provides for compensation to be paid to the healthcare service personnel for acts of violence committed against them.

In contrast to India’s approach of implementing existing legislation to deal with coronavirus, the UK enacted a new 342-paged law known as the “Coronavirus Act, 2020” on 25th March 2020. The Act was introduced as temporary legislation for a period of 2 years to deal with the pandemic. It comprises of 102 Sections and 29 Schedules and provides for emergency registration of health professionals, temporary amendments to the existing mental health legislation, health service indemnification, food supply, vaccinations, temporary closure of educational institutions, statutory sick pay and pensions, financial assistance to industries, postponement of elections, etc. The Act also provides for use of audio and video technology for conducting court proceedings.

Similarly, countries like the United States of America, Singapore and Australia have introduced the Families First Coronavirus Response Act, the COVID-19 (temporary measures) Act, and the Coronavirus Economic Response Package Omnibus Act, respectively as a response to the pandemic, and to ensure legal enforcement of protective measures.

Inadequacy of the current policy and legal framework is a major cause for Public Interest Litigations flooding the Courts of India. Although Courts issue directions to ensure immediate relief to those aggrieved, the suitable approach lies in enactment and implementation of effective legislation. It is for the legislature to take pro-active measures, and address these concerns.

The current trend of numbers and extension of the temporary lockdown paints a hopeful picture for India in the near future. We can only hope that the dark cloud of the virus sails away with the present implementation of laws and restrictions on the public. The healthcare system ought to be given priority, and must be streamlined to ensure availability of immediate assistance even in the remotest corners of the country. If India was to successfully combat COVID-19, and reduce its number of cases, it would be erroneous to presume our preparedness for another deadly virus in the future.