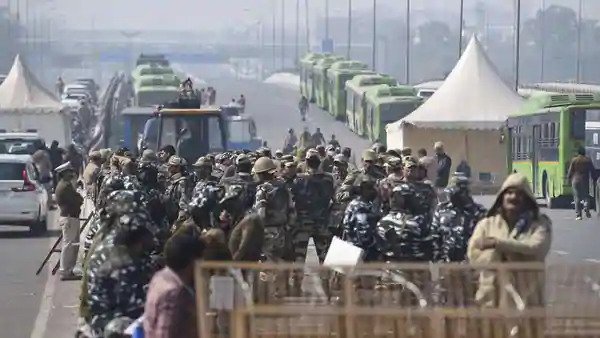 Conceal the mandatory nametags, hide the name of the unit under riot-gear, cover the face with a handkerchief, deactivate protesters who have mobile cameras on and destroy or change the direction of installed CCTV cameras. Then, initiate brutal assaults on the head, shoulders, knees and calves of protesters.

Has Delhi Police adopted such an unlawful, unwritten, “toolkit” to deal with protesters, dissidents and those whom it sees as challengers of the state? In at least three instances in the Capital, the police have assaulted and terrorised agitators using these techniques, which inflict maximum damage and yet allow members of the forces to go unrecognised.

Videos and accounts from social media and a police investigation report confirm that these methods indeed were used against protesters and even ordinary citizens. One of these instances is the crackdown on students of Jamia Millia Islamia during their anti-CAA agitation in December 2019.

The strategy was even applied against Muslims during the northeast Delhi violence in February 2020. Farmers who have been protesting against the three controversial farm bills at the borders of the national capital also faced the brunt of this technique.

Not only do brutal raids have a massive physical and psychological impact on protesters, concealing identity-markers can also beat facial recognition technology and artificial intelligence tools. If the police can move around undetected, and avoid being captured by tools such as CCTV cameras, it can also stop the forces from being dragged into court-monitored probes or investigations of human right violations.

From video clips and photographs available in the public domain and interviews with some at the receiving end of these tactics, it is evident that armed policemen are playing ghost assailants against dissidents.

It is, however, illegal under the Uniform Regulations of Delhi Police for personnel to conceal their identity. When on duty, they must wear plastic nametags with their name and rank displayed in Hindi and English.

The Supreme Court said in DK Basu vs State of West Bengal that when police personnel arrest and interrogate someone, they should “bear accurate, visible and clear identification and name tags with their designation”.

On 24 February 2020, 23-year-old Faizan and four other Muslim men were encircled, brutally assaulted, abused and humiliated by policemen at Kardampuri, who have not been identified yet. A video of this incident, which took place during the violence in northeast Delhi, has been widely circulated.

It shows the alleged stone-pelters Faizan, Kausar Ali, Waseem, Rafiq and Farhan, detained by a handful of men dressed in police uniforms who are assaulting them brutally. This is the infamous video in which the men are taunted with “yeh lo azaadi” and made to recite the national anthem as “proof” of their loyalty to India.

After the assault, he was taken to the Jyoti Nagar Police Station, where he was kept until 11 pm on 25 February 2020.

On the intervening night of 26 and 27 February, Faizan died of his injuries in a hospital. The postmortem report from LNJP Hospital says, “Death is due to cerebral injury associated with multiple blunt injuries… All the injuries are antemortem, 2-3 days in duration and caused by blunt force impact. The pattern of injuries are consistent with assault.”

There were 20 injuries on Faizan’s body.

Kismatun’s petition says, “Videos of the incident have gone viral, and it is clearly visible that Faizan was attacked by policemen armed with lathis [sticks]. Yet, the police have…failed to identify even a single accused policeman who was on riot duty at Kardampuri bridge at the time of the incident and involved in this murderous assault.”

This investigation report says, “During investigation, four video clippings related to the present matter have been taken on record. In these video clips, persons in police uniform are seen assaulting Faizan and four other persons namely Farhan, Kauser, Rafique and Wasim…three video clips are distantly shot videos wherein the pictures of these persons are blurred and are not ‘recognisable’ as they are wearing helmets.”

The status report further says, “…the fourth clip is a clear video, but faces of none of the policemen could also be seen in this video too as they are wearing helmets. Nameplates of these policemen are also not visible.”

The SIT has claimed that 170 policemen were interrogated who were on duty at the place where the incident occurred on the day Faizan’s video was shot. The SIT checked phone records to try and find out who recorded the national anthem incident.

Yet, says the SIT report, to find the one policeman who was not wearing a helmet at the time of the assault on Faizan. However, since his face was not clear, a lie-detector test, facial recognition and voice sampling “is being conducted” through forensic experts. The report also claimed that the CCTV cameras installed at the Jyoti Nagar Police Station, where Faizan was “detained” were not working.

As the Republic Day tractor parade of farmers turned into chaos, Navreet Singh, a 25-year-old farmer from Uttrakhand died an untimely death in front of the Andhra Education Society (AES) in the ITO area of New Delhi.

As per eye-witness accounts reported by various media outlets, Navreet was driving his tractor past the AES when he was shot at, allegedly by a policeman. He lost his control over the vehicle, which collided with a police barricade and overturned, killing him. In response to media reports, the Delhi Police released inconclusive CCTV footage of the incident, as captured by a roadside camera.

The protesting farmers refused to believe the police theory of “no bullet was fired”. Some of them stormed the AES premises to try getting their hands on the CCTV footage of two cameras installed at its gates. The tractor had overturned right in front of these gates, which fall within the range of the two cameras.

But before the farmers could get the footage, around 20-25 people—allegedly police personnel—all without nameplates, dressed in riot gear, their faces covered by grilled helmets, captured the basement of the AES in which the Digital Video Recorder (DVR) was installed. This group reportedly forced all the farmers off the premises.

“One of the policemen took and hid the DVR under his riot gear,” an Andhra Education Society employee told this author.

“His entire body, except his eyes, were covered with a black handkerchief, and he did not say a word and disappeared with the DVR. That entire scene was scary,” the employee said.

According to another senior AES staff member, they could recognise HSP Singh, the Additional Commissioner of Police for the Tilak Nagar Division, but he was outside the gates of the AES when this helmet-wearing team was in action. The AES does not fall under Singh’s jurisdiction but the IP Estate Police Station.

“We have to install a new DVR as the police have not returned it,” says Shiv Prasad, an Administrative Officer at AES.

Navreet Singh’s grandfather has filed a criminal writ petition against Delhi Police under section 482 of the IPC, seeking directions to place on the record the raw footage of the CCTV of the AES and surrounding areas.

“We have examined the CCTV footage of Andhra Education Society,” says Neki Ram, SHO of IP Estate. “It has established what we have been saying about the unfortunate incident [death of the tractor-driving farmer at ITO]. If the court will ask us, we are ready to provide the footage to the family of Navreet Singh.”

Contrast the “technical” fault that made footage of Faizan’s arrest unavailable at the police station at Jyoti Nagar, and the race to get their hands on CCTV footage in the Navreet Singh case, with the armed personnel’s behaviour at Jamia Millia Islamia in December 2019. Here, members of the forces who stormed the library of the university were actually caught breaking and damaging CCTV cameras.

The attack on Jamia came at a time when students of the university were staging anti-CAA protests (though not at the library). They were mercilessly beaten, including those who were seen calmly studying at the library in videos that later came to light.

“Even after examining the CCTV footage, we failed to find out which force they belonged to. But their covered faces and batons still haunt me,” says one of the students who witnessed the attack and spoke on condition of anonymity from fear of reprisals.

Videos of this incident circulated widely on social media, but not a single police personnel has so far been identified on their basis.

The Bureau of Police Research and Development has defined the functions, roles and duties of the police in general. They include ensuring that during conflicts between communities, classes, castes and political groups, the conduct of the police should be governed by “impartiality and human rights norms with special attention to the protection of weaker sections including minorities.”

But what happened during the anti-CAA movement, the northeast Delhi anti-Muslim violence and the farmer protests is very disturbing. It seems the police has become a lethal tool of the majoritarian establishment against its critics. Experts advise caution against this new and unhealthy development in the policing system.

“The police officials follow their leader, because forces do not have any direct contact with the public as such,” Julio Ribeiro, former DGP of Punjab, earlier told this author. “So, they will just follow orders. If their bosses are keen to correct the things, they will do so too,” he says.

The author is a freelance investigative journalist. The views are personal.