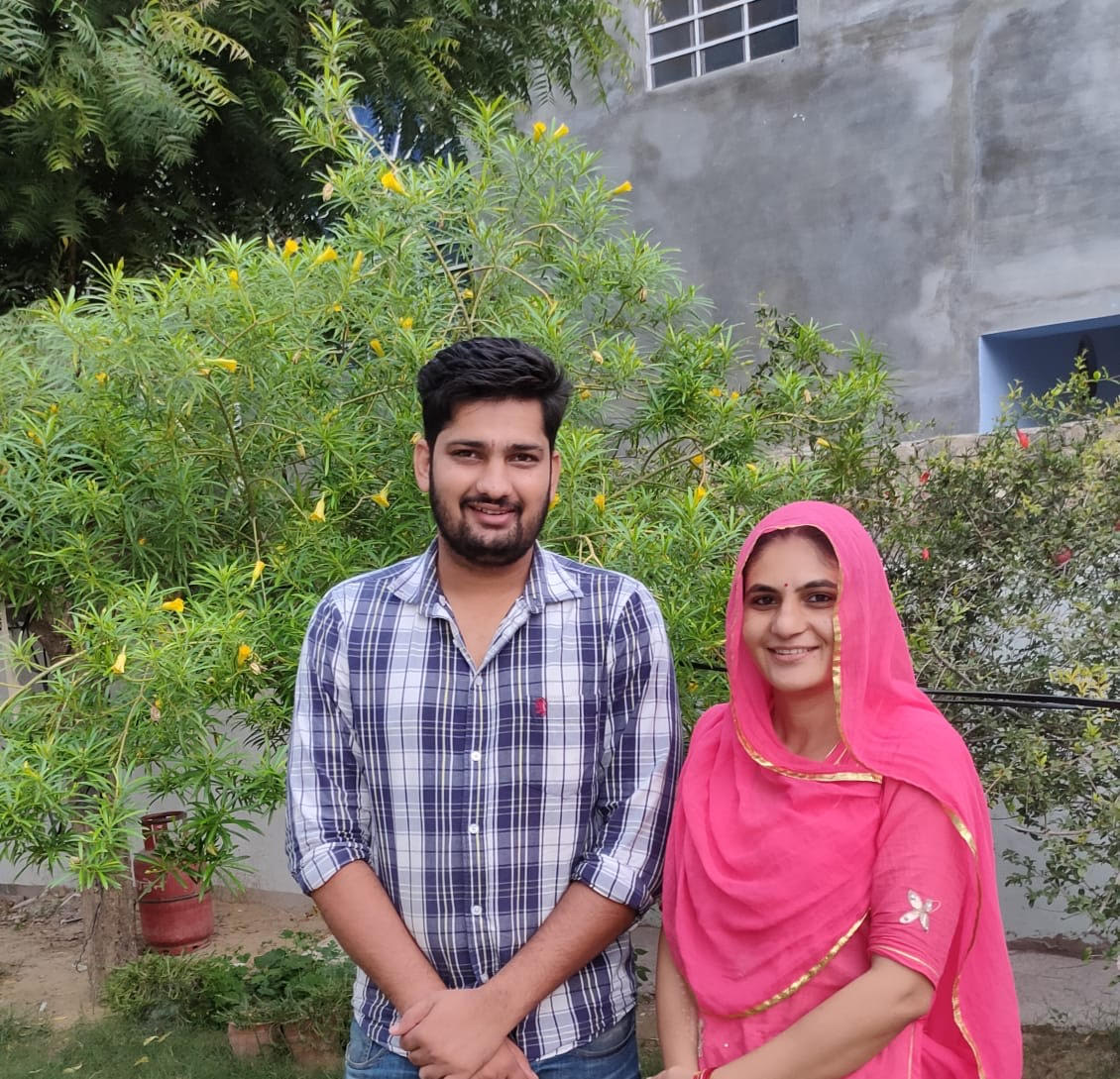 “Anything can happen to you. So, one has to be mentally prepared.”

The new normal is to arrest journalists who are reporting on anything that does not show the government in a positive light. Numerous journalists have been slapped with sedition charges. One of them was freelancer Mandeep Punia who was reporting for The Caravan on the farmer’s agitation. BETWA SHARMA spoke to Leelashree Godara, his wife, on the kind of anxiety and worry that she is enveloped in that has given her a new sense of courage. Her report:

While waiting for her husband Mandeep Punia’s bail hearing to start at ten in the morning at the Rohini Court Complex in Delhi on February 1, Leelashree Godara said that she had already been informed of a delay in the legal proceedings.

Godara, 29, a researcher in the political science department of Panjab University, said that “waiting” was the least of her problems; what she really dreaded was the Delhi Police adding more to the first information report registered against the 24-year-old independent journalist who had been covering the farmers’ protest at Singhu border between Haryana and New Delhi.

The Delhi Police had arrested Punia on January 31st. His bail plea was put up before the concerned Metropolitan Magistrate and he was sent to 14 days of judicial custody. He is currently lodged in Tihar Jail.

The bail order was reserved for 2 February.

“I’m mentally prepared. This is my responsibility. I think anyone who is speaking up needs to be. But one has to speak up,” she said. “What I’m worried about is they adding things to the FIR. The system is like that. The government is like that. We say this is a democracy, but we are going in the direction of a monarchy. Anything can happen to you. So, one has to be mentally prepared.”

An unnamed policeman told The Indian Express that Punia was not wearing his press card and standing with protestors when an altercation broke out between them and the police on Saturday night.

Punia, Godara said, hailed from Jhajjar Haryana, where he farmed on his piece of land. He was a 2016 graduate of the well-known Indian Institute of Mass Communication. He had been reporting on the farmers’ protest since December, she said.

The Delhi Police say that Punia was detained for misbehaving with police personnel at the Singhu border. The FIR was filed under the Indian Penal Code Sections (IPC)186 which relates to obstructing a public servant in discharge of public functions and 353 that relates to assaulting a public servant in execution of duty. Sections 332 and 34 of the IPC have also been recorded against him in the Alipur Police Station.

The FIR says they have been booked for tweeting and spreading fake news regarding the death of a farmer during the tractor rally on 26 January 2021. Arpit Mishra, the Noida-based businessman who filed the complaint that triggered the FIR, told The News Minute that he believed that these journalists had spread “rumours” that triggered the violence on Republic Day, but he never expected that they would be booked for sedition.

On Sunday, the UP Police registered an FIR against Editor-in-Chief of The Wire, Siddharth Varadarajan, in connection with his tweets regarding the death of the farmer, 26-year-old Navdeep Singh Hundal from Uttarakhand.

The Hindu reported that the UP Police had booked three television journalists for allegedly airing a “baseless” news report of children of a government school “shivering in cold” on 24 January.

They said the situation in the country was akin to “an undeclared emergency.”

Godara, who married Punia in 2019, said that she was hoping for the best and preparing for the worst.

The calm that she felt on Monday morning, Godhara said was after a day of processing the news and the overwhelming support that she had witnessed from other journalists.

Her first reaction to her husband’s arrest, she said, was quite different.

“ I felt strange. I did not feel scared, but I think shock is the word.

I felt, ‘Oh, this is happening to us now.’ In the beginning, it was just a shock. I was thinking where has he gone, where have they kept him, will I ever see him again. I had never imagined that I would have to think on these lines,” said Godara. “But after people started supporting us, I feel better than I felt yesterday.”

“The situation is now that instead of depending on the security or the administration, we have to depend on other people. But it is the responsibility of the government to ensure that people are safe, people are happy. But they are just making trouble for anyone who is opposing them,” she said.

Punia, Godara said, had been dedicatedly covering the farmers’ protest.

“He has been working for two months. He has been trying to tell the truth from there,” she said. “If people don’t speak and fight then how will we survive.”

(Betwa Sharma is an independent journalist who covers politics and civil liberties. She was the politics editor at HuffPost India.)