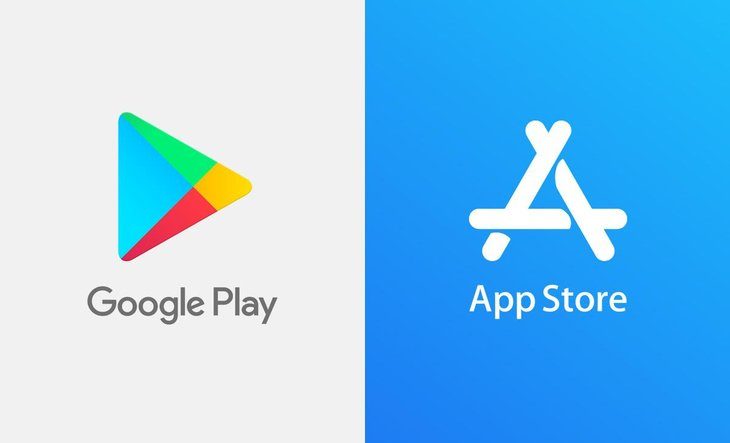 As the Competition Commission of India investigates Google and now Apple for anti-competitive conduct in the app store market, SAKSHAM MALIK explains what the issues at stake are, as well as potential implications for app developers and consumers.

LAST month, the Competition Commission of India (CCI) ordered an investigation against tech behemoth Apple for alleged anti-competitive conduct in the app store market. The primary allegation against the California-based corporate giant is that it forces app developers to exclusively use its payment gateway for in-app purchases and imposes commissions as high as 30% on these.

For the longest time, Apple has successfully evaded CCI’s recent crackdown on big tech. However, those within the antitrust community had anticipated the investigation on the basis of national and international developments.

In November last year, the Commission had initiated an investigation against Google for similar anti-competitive conduct in its Play Store.

One of the major reasons behind increased scrutiny of app store markets in India is the rising pressure from the start-up ecosystem. In October 2020, 15 entrepreneurs and owners of some of the most influential start-ups in the country, including Paytm and Bharat Matrimony, met the CCI to discuss Google’s policy of mandating the use of its payment systems and charging high commission fees. This meeting was preceded by another one between the Union Ministry of Electronics and Information Technology and 40 startup founders on similar issues.

Giving in to this increased pressure, in November 2020, the CCI invited comments from 17 start-up founders to collate their views on Google’s dominant position and its alleged abuse in the app store market.

Google and Apple have also been on the radar of policymakers and competition authorities in other jurisdictions. In July this year, the European Commission came to a preliminary view that Apple distorted competition in the music streaming market by mandating the use of its purchase mechanism for music streaming app developers like Spotify.

The introduction of bipartisan bills in the US Senate aimed at barring app stores from requiring developers to use their payment systems in August 2021 was followed by the South Korean parliament approving a bill on the same subject later that month. In September, a court ruling in the United States issued a permanent injunction stopping Apple from preventing app developers from directing users to alternative payment methods.

What the issue is

Antitrust scrutiny of app store markets revolves around the allegation that payment policies of Google and Apple specifically provide that app developers charging for apps and downloads from these entities’ app stores must also use their payment system. Further, app developers are charged exorbitant commission fees, which can go as high as 30%. If app developers do not agree to these terms, they are not allowed to access the app store.

This condition allegedly restricts the choice of developers and consumers to preferred payment methods. These conditions allow Google and Apple to abuse their respective dominant positions in the market for apps facilitating payments, violating Section 4 of the Competition Act, 2002.

Google and Apple’s conduct has been defended primarily on the grounds of safety, convenience and the necessity to protect IPR (intellectual property rights) investments. The tech giants maintain that allowing users to utilize other sources of payment puts them at risk of fraud as third-party sources are likely to have weaker standards of safety. A close payment ecosystem allows users to feel secure which enables them to spend more freely, consequently benefiting app developers while simultaneously facilitating ease of convenience.

This assumption has limited credibility in the Indian context. Security of digital payments in India is tightly regulated, with the Reserve Bank of India (RBI) publishing stringent guidelines for various stakeholders including mobile wallets, payment aggregators/gateways and UPI interface.

Moreover, there is nothing to establish that Indian consumers find other payment methods inconvenient or unsafe. A recent study by the company Human Factors International observed that the mobile wallet system, one of the most important mediums left out of app stores, is used more than cash, cards and net banking for various payments. In the study, PayTM had emerged as the most trusted mobile wallet in the country.

It has also been argued that excluding other payment options and charging commission is necessary to ensure that app stores are able to protect the investments they make to constantly innovate. Big tech giants claim that restricting them from exclusively charging commissions is essentially punishing them for success and discouraging innovation in the market. However, despite benefiting financially from the Indian market, neither Apple nor Google have made significant strides in terms of innovation in the app store ecosystems.

Also read: Need to rein in Big Tech before it gallops beyond control

Implications of market dominance for app developers and consumers

On the other hand, unfair conditions on the part of app store owners have direct and adverse financial implications for app developers and consumers. Mandatorily paying a commission of 15–30% and being unable to choose other payment systems with potentially lower commissions directly increases costs for app developers, which is often passed on to consumers. If the app developer does not pass on the costs and instead decides to bear it, it has to divert an increased chunk of its resources to subsidize the app for consumers, which will affect its financial ability to innovate.

In either case, consumers and app developers stand to lose. Currently, service fees for paid purchases on Google Play is 15% for the first $1M (USD) of earnings each year and 30% of earnings in excess of $1M each year. Apple still charges a commission fees of 30% of earnings.

While the exact extent of the impact of commission fees on revenue models of Indian app developers will require economic analysis, the broad trend is discouraging.

As of August 2021, only 3% of Indian apps were paid, and only 6% of them made use of in-app purchases. 40% of Indian app developers rely on ads for monetization, which is higher than the global average of 38%.  A lower commission fees, brought about by allowing alternative payment methods on the app store, may make it financially feasible for more app developers to rely on direct payments; consequently, this would save the consumers from incessant targeted ads.

App store owners are able to engage in this conduct because of the market significance of their app stores and operating systems. Simply put, mobile manufacturers are subject to agreements that mandate the pre-installation of Google or Apple’s app stores if they want to use their operating systems. Further, in order to list their apps on app stores, developers have to agree to unfair payment conditions. If they don’t, they lose meaningful access to the iOS and android markets.

Various developers across the world have attempted to establish alternative routes like direct downloads from their websites. However, there is a consensus that the convenience provided by app stores is important for consumers. Outside of China, Google and Apple control more than 95% of the market share of the app store market. Since android is unavailable in China, various app stores like MyApp and Huawei App Market have been launched there.

Also read: Analysing the legal battle of NRAI and Zomato and Swiggy through the lens of antitrust law

The impact of the conduct of app store owners on app developers and consumers is visible and significant. It is expected that with South Korea and the United States now showing the way, competition authorities and policymakers in India will follow suit. Ensuring effective competition in the concerned markets will be crucial to safeguard the interests of app developers and consumers.

(Saksham Malik is a Delhi-based lawyer and consultant working in the areas of competition law, technology laws, and human rights laws. The views expressed are personal.)