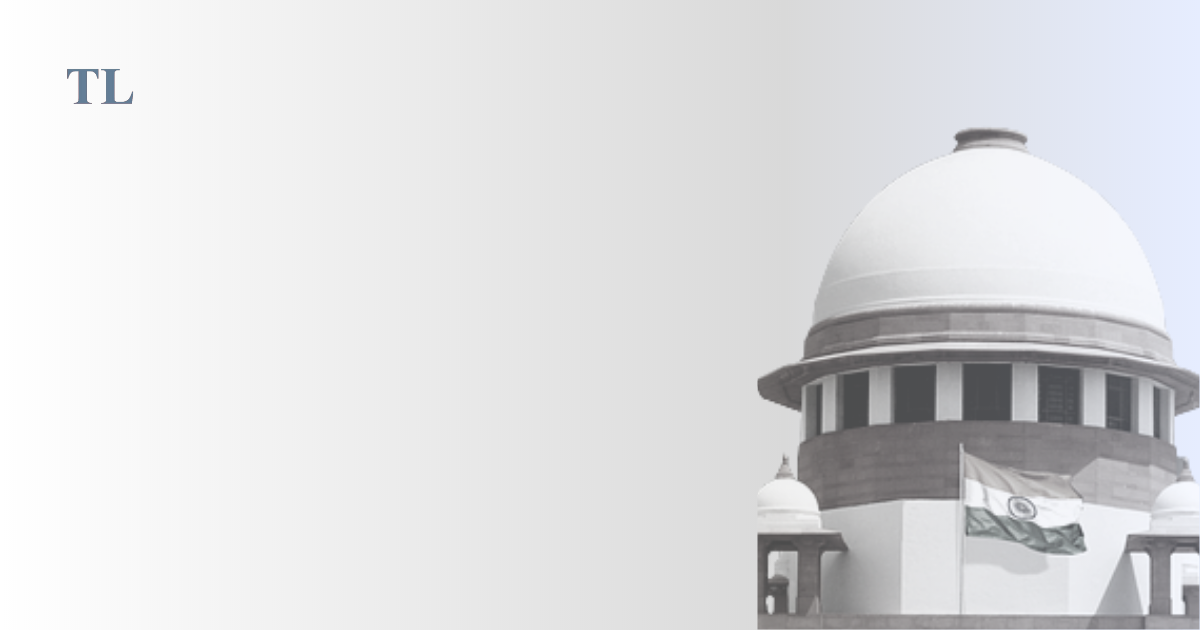 IN a landmark judgement delivered on April 25, the Supreme Court observed that Anganwadi workers and helpers are entitled to gratuity under the Payment of Gratuity Act, 1972.

The decision was delivered by a division bench of Justices Abhay Shreeniwas Oka and Ajay Rastogi through separate judgements.

The petitioners were retired anganwadi workers and helpers based in Gujarat, who moved the Gujarat High Court after being denied gratuity on their retirement.

The division bench held that anganwadi workers and helpers are not employees as per Section 2(e) of the 1972 Act, and that the Integrated Child Development Scheme [ICDS] cannot be said to be an industry.

Therefore, remuneration or honorarium paid to them cannot be treated as wages within the meaning of Section 2(s) of the 1972 Act, and they are disentitled to gratuity, the division bench held. Aggrieved, the petitioners moved the Supreme Court.

Counsel for the appellants submitted that the 1972 Act is a legislation for social security recognizing the loss of work prospects due to age, among other things.

Further, anganwadi centres do fall under the broad definition of establishments, and non-teaching staff too, are entitled to gratuity as per the Supreme Court’s decision in Ahmedabad Pvt. Primary Teachers’ Assn. vs. Administrative Officer & Ors. (2004).

Relying on the decision of a seven judge Constitution bench of the Supreme Court in Bangalore Water Supply & Sewerage Board vs. R. Rajappa & Ors. (1978), it was argued that at Anganawadi centres, there is a systematic and organised activity being carried out and thus, they can be classified as industry in an education setup.

The counsel appearing for the state government submitted that paying gratuity to all anganawadi workers may be difficult as the state has a financial burden of Rs. 25 crore. The counsel for the union government maintained that anganwadi centres do not fall under the definition of ‘establishment’ under the 1972 Act as they do not carry on any business, trade or profession, but implement a welfare scheme.

What the court held

Both the judges in their separate but concurring opinions emphasized the crucial role that anganwadi workers and helpers play in ensuring the nutrition of young children and lactating mothers in rural areas.

The court observed that the National Food Security Act, 2013 came into force on July 5, 2013. One of the objectives of enacting the 2013 Act was to give effect to Article 47 of the Constitution of India, which is a part of the Directive Principles of State Policy. Article 47 prescribes the duty of the State to raise the level of nutrition and the standard of living, and to improve public health.

“The object of the 2013 Act was to bring about a shift in addressing the issue of food security. The approach was changed from the welfare approach to the rights based approach.”

Justike Oka, in his judgment, said that anganwadi centres run pre-­primary schools, and this educational activity is an integral part of it and the duty of running the same falls on the workers.

Further, he said that anganwadi centres, being an extended arm of the government in implementing the ICDS, is an ‘establishment’ within the meaning of Section 2(e) of the Contract Labour (Regulation and Abolition) Act, 1970.

“In view of the provisions of the 2013 Act and Section 11 of the RTE Act, Anganwadi centres also perform statutory duties. Therefore, even [anganwadi workers] and [anganwadi helpers] perform statutory duties under the said enactments. The Anganwadi centres have, thus, become an extended arm of the Government given the enactment of the 2013 Act and the Rules framed by the Government of Gujarat. The Anganwadi centres have been established to give effect to the obligations of the State defined under Article 47 of the Constitution. It can be safely said that the posts of [anganwadi workers] and [anganwadi helpers] are statutory posts.”

The Court also opined that anganwadi centres must be viewed as a whole and not individual units, and they thus employ more than ten people to meet the definition of an establishment under the 1972 Act.

“Thus, Anganwadi centres have been entrusted with the onerous responsibility of implementing some of the most important and innovative provisions of the 2013 Act. It can be said that Anganwadi centres perform a pivotal role in discharging the statutory obligation of the State to provide nutritional support to pregnant women, lactating mothers and children in the age group of 6 months to 6 years.”

Justice Rastogi, in his judgement, pointed out that gratuity being a social welfare legislation, its effective implementation is of paramount importance to fulfil the legitimate expectation of employees. So far as the unorganized sectors are concerned, these Acts have been pillars in social security and laid the foundation for improvement in standards of living of the employees, he said.

He went on to note that as anganwadi workers and helpers are not holders of civil posts, they are deprived of a regular salary and other benefits that are available to employees of the State.

“Instead of a salary, they get only a so called paltry ‘honorarium’ (much lower than the minimum wages) on the specious ground that they are part­time voluntary workers, working only for about 4 hours a day.“

While parting with the order, Justice Rastogi urged the State government to improve the working conditions of such workers.

“…time has come when the Central Government/State Governments has to collectively consider as to whether looking to the nature of work and exponential increase in the Anganwadi centers and to ensure quality in the delivery of services and community participation and calling upon Anganwadi workers/helpers to perform multiple tasks ranging from delivery of vital services to the effective convergence of various sectoral services….”

With these pertinent observations, the court directed that all eligible anganwadi workers and helpers will be entitled to gratuity, with a simple interest of 10 per cent per annum.