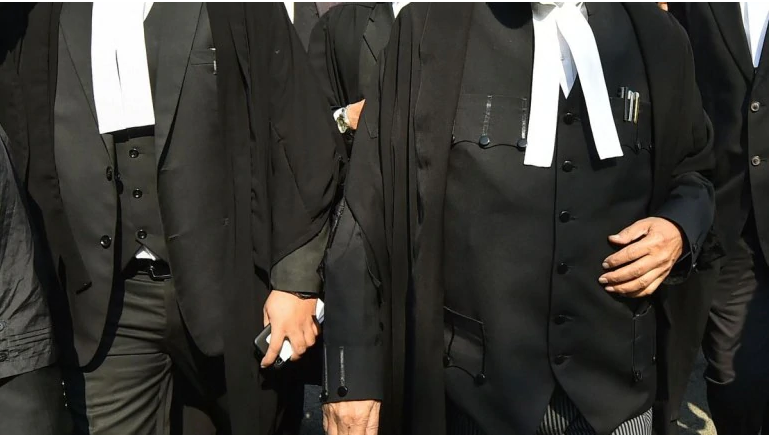 An officer of the court – all duties, no rights

The designation of ‘officer of the Court’ is one that holds prestige and something that Advocates carry with pride through their careers. AMIT JAISWAL writes about how the pandemic brought him to the realization that the title brings with it many obligations, but few rights.

THERE are some things in life that are truly articles of faith. One accepts them blindly without feeling the need to see beyond them. One such article of faith for an Advocate is that they are an ‘officer of the Court’.

As an officer of the Court, they have many responsibilities. They have to be professional and fair with their clients; they must conduct themself with dignity in society, be there to assist the Court with facts and law pertaining to cases, and should always endeavor to uphold the majesty of the law and the courts.

Being an ‘officer of the Court’, an advocate is an important functionary of society and the judicial system. Judgment after judgment, he is reminded of his duties. With every such judgment, this realization only runs deeper. An Advocate spends their life under the overarching realm of this designation.

I was happily carrying on with my life and profession under the glow of this designation till the pandemic intervened, and a national lockdown was announced in the country last year.

Gradually almost all the sectors of the economy opened up, but courts continued to restrict hearings. Clients and litigants frequented the offices of Advocates with queries about their matters. Advocates, in the discharge of their duties as officers of the court, tried their best to convince clients that the courts would open soon and take up their cases and that they would get justice. They reasoned with litigants that these are unprecedented times, and requested the upset and impatient clients to bear with them.

Though Advocates had no say with the decision of restricted hearings in courts, being officers of the court, they dutifully grappled with litigants and did their best to uphold their clients’ faith in the courts and Judges.

Weeks turned into months and months into years but court administrations chose to continue with restricted hearings, largely through video conferencing.

Clients only got angrier, and Advocates continued to struggle financially.

One day while sitting in my office, my curious junior associate asked me what the rights of an Advocate are, as an officer of the Court. I dismissed the query with the usual disdain of a senior. However, the question kept resonating in my mind the entire day, but I decided not to bother myself with the childish query of a junior.

A two-legged stool in the form of a designation

The question continued to haunt me, and I decided to go on a fact-finding mission to know the rights of an officer of the Court.

I first resorted to the easiest way and enquired from my senior colleagues, who gave me a look similar to the one I gave my junior associate the other day.

I then myself tried to check the rights associated with one’s status as an officer of the Court. According to New Zealander judge and legal scholar Sir John William Salmond, “no right can exist without any corresponding duty and vice versa.”

Confident of taking my research to its logical end, I scurried through scores of judgments. They were replete with references to duties of an Advocate being an officer of the court but not a single word was to be found regarding his right to earn his livelihood or regarding the duty of the courts towards Advocates.

Finally, a frightening realization suddenly dawned upon me, that the ‘officer of the Court’ designation is designed to benefit everyone but the Advocate. It was only a lofty image intended to get maximum assistance and compliance from an Advocate and nothing beyond that. The Advocates have in fact been handed out a two-legged stool left up to them to balance.

Also read: Life of An Advocate Whom You Never Noticed During the Pandemic

This frightening realization keeps lurking in my mind. Now, during the course of hearings, when I am referred to as an officer of the Court, I humbly accept it with a pinch of salt and as one more paradox associated with the life of an Advocate.

(Amit Jaiswal is an advocate at the Punjab and Haryana High Court. The views expressed are personal.)