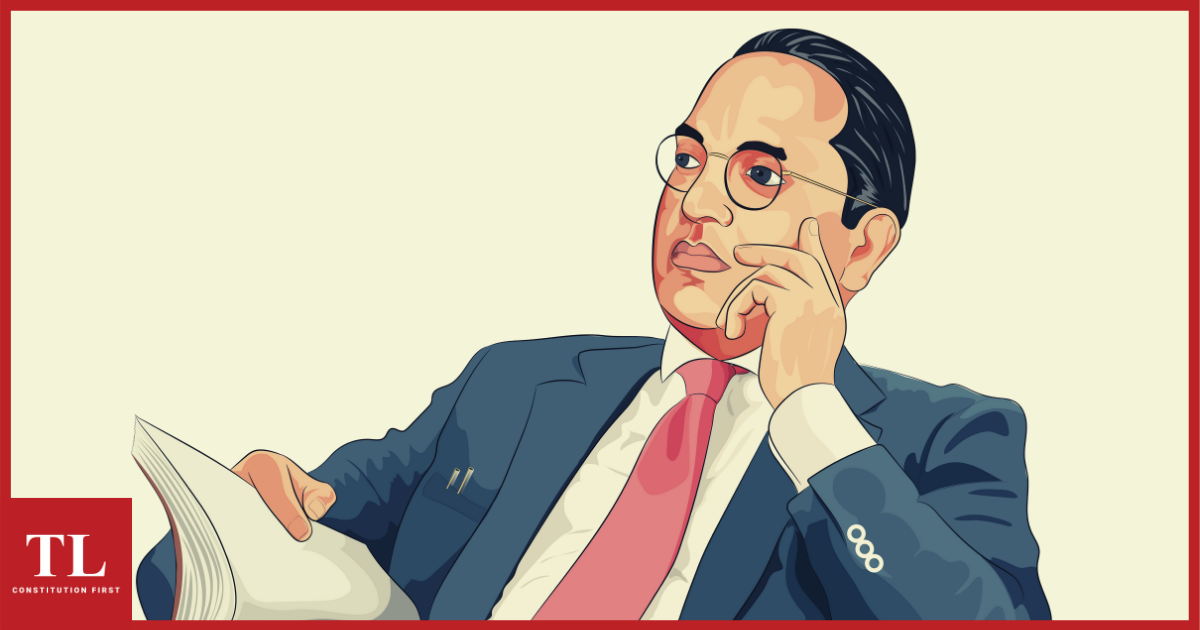 Ambedkar and the Writing of History

On Ambedkar Jayanti, URVI DESAI discusses how the writing of history is not only about the past, but also the present. She argues for thoughtful historical methodology and a meaningful engagement with the past – that is, history that allows multiplicity of narrative rather than claim finality of thought.

THE writing of history is a sea of thought that encompasses labour and mobility, gender and sexuality, the local and global. It borrows from the prior academic work and historical imagination of the writer. In many cases, the writing of history dialogues with political and social moments of the present. There are many schools of thought regarding the role of the historian, particularly in relation to her socio-political environment. Questions emerge, such as, what the responsibility of the historian is towards the discipline and society, those of ethics and methodology, and whether history can be written detached from one’s environment.

Why Do We Write History?

Intellectual history has emerged as a branch of history that accounts for the complexity of human experience within the academy. Its methodology seeks to tie, through time and place, thought to thought. The study of intellectual history forms an introspective place between the sequence of events and the values inherent in them; in sum, how did one follow the other? Historians of this discipline offer a close reading of written documents or speeches that include insights into the landscape of the time.

The welcome possibility of this form of research is that it allows speculation; the historian may construct systematic analysis of the written word within permissible historical methodology. There is, however, complexity – she uses documents that are largely written by known or established intellectuals of the time.

Historical material that relies principally on influential and articulate thinkers of the time, limits the possibilities of intellectual history. The importance of the investigation is compromised by its own data. A vast majority of intellectual history comprises what influential men have had to say since they held positions of fame and decision-making; while this is important to study, it is also woefully inadequate. In such, the enduring ideas that intellectual history seeks to understand may be limited by an internal methodological bias.

In other ways, too, intellectual history has raised methodological concerns. On the one hand, academics tend to alienate their work from wider audiences through inaccessible writing, writing only in English, and limited public engagement.

On the other hand, modern South Asia has seen a powerful resurgence of historical narratives with penetrative public reach. Written largely by non-historians, these histories have systematically churned narratives that further establish the powerful; in the case of India, the upper caste Hindu Right.

These assertions of power through the re-telling of history are significant to the story of the Indian nation. They have come at the deliberate cost of a multiplicity of historical narratives.

It may be said that the writing of history is no longer about the past; it is about the present.

Dalit intellectual, economist, champion of equality and framer of the Indian constitution, Dr B. R. Ambedkar was one of the first persons in modern India to discuss the role of history in shaping identity and power structures.  In particular, he discussed the role of history vis-à-vis control over knowledge. He wrote about how the mastery over knowledge, particularly religious texts, has historically translated into the Brahmin man’s assumed superiority in matters of morality, sanctity, and purity; in other words, social position and prestige at the cost of other castes.

Though not usually identified as a historian, he has written the historical texts: Who Were the Shudras? How they came to be the Fourth Varna in the Indo-Aryan Society (1947) and The Untouchables: Who were they and why they became Untouchables? (1948).

Read also: Taking stock of Ambedkar’s conversations with the winding road of democracy is essential for every Indian

In the preface of The Untouchables he wrote –

“The present attempt to explain the origin of Untouchability is not the same as writing history from texts which speak with certainty. It is a case of reconstructing history where there are no texts, and if there are, they have no direct bearing on the question. In such circumstances what one has to do is to strive to divine what the texts conceal or suggest without being even quite certain of having found the truth. The task is one of gathering survivals of the past, placing them together and making them tell the story of their birth… There is nothing that I have urged in support of my thesis which I have asked my readers to accept on trust… I am not so vain as to claim any finality for my thesis… the test of a valid hypothesis is that it should fit in with all surrounding facts, explain them and give them a meaning which in its absence they do not appear to have”.

Ambedkar was careful to establish his own objectivity as a historian; yet his historical explanation of Hinduism and India remained firmly in adherence to his lifelong political and social objectives of caste annihilation.  For him, the re-writing of history subsumed a particular aim – the destruction of an unjust social and political order.

Read also: Feminist battles within home: Why Ambedkar’s views on marriage and birth control are relevant

Ambedkar’s approach to historical writing raises enduring questions about methodology and whether it can or should be de-linked from ideological motivations.

First, Ambedkar’s historical inquiries began with political questions related to power. This political approach placed him in a school of thought inhabited by the likes of Karl Marx and Antonio Gramsci – for whom the study of history was an examination of causes and consequences related to the exercise of power and its legitimization by the ruling classes.

This tension and resolution of social and political contradictions remained central to Ambedkar’s historical approach. In his speech to the Constituent Assembly at the time of putting forth the Constitution of India as first Law Minister on 25 November, 1949, he said, “we are going to enter into a life of contradictions. In politics we will have equality, but in social and political life we will have inequality… How long shall we continue to live this life of contradictions? How long shall we continue to deny equality in our social and economic life? If we continue to deny it for long, we will do so only by putting our political democracy in peril.”

Read also: Book Review: Rathore’s “Ambedkar’s Preamble” reminds us to reawaken our passion for the Preamble

Second, Ambedkar’s historiography was alert to the politics of his time. His aim of examining the past was to explain how it produced the present. Within his historical writings lay an interaction of the past and present.

Third, and relatedly, through the writing of history, Ambedkar analyzed the origins of Hindu civilization and the varna-jati system as itself a critique of caste Hindus. By challenging the Brahman claim of hegemony over scriptures and rituals as well as by suggesting that the Brahman scholar was only “a learned man” and “not an intellectual”, Ambedkar’s history sought to topple the authority of the powerful class by unseating the foundation upon which they claimed superiority.

In anticipation of criticism for this approach, Ambedkar emphasized his own authority over the subject – one that implied that he did not dismantle the sanctity of the sacred texts of Hinduism and oppose caste because he was a Mahar, but because he – armed with knowledge of religious texts and mastery over the shastras – disagreed with them.

Ambedkar’s approach to historical scholarship was to disprove assertions of the Brahmans regarding social hierarchy by developing “new ways of looking at old things”. Following closely the approach of Wolfgang von Goethe, he claimed to reaffirm the historian’s duty “to separate the true from the false, the certain from the uncertain, and the doubtful from that which cannot be accepted”.

What is the Historian’s Territory?

The debate raises questions on the role of a historian and the objectivity of history in her writing. The questions pose the tension between the practical rather than theoretical value of historical writing and whether such binaries of thought are helpful or even accurate.

The discussions demand complexity in the case of South Asia.

The solution to violence, inequality and injustice in modern India may not be found in the re-writing of history alone, but rather by initiating a more meaningful dialogue with the past. As Hayden White writes, “The best counter to a narrative that is supposed to have misused historical memory is a better narrative, by which I mean a narrative, not with more historical facts, but a narrative with greater artistic integrity and poetic force of meaning”.

In many ways, it is this absence of the possibilities to appeal against dominant historical claims that has allowed them to be seen as final. Therefore, rather than make a claim for the opposite, we should instead argue for the importance of dissolving the certitude in scholarship by constructing a multiplicity of narratives that can be supported by historical evidence.

(Urvi Desai is a Ph.D. candidate at the Department of History, McGill University. Views expressed are personal.)