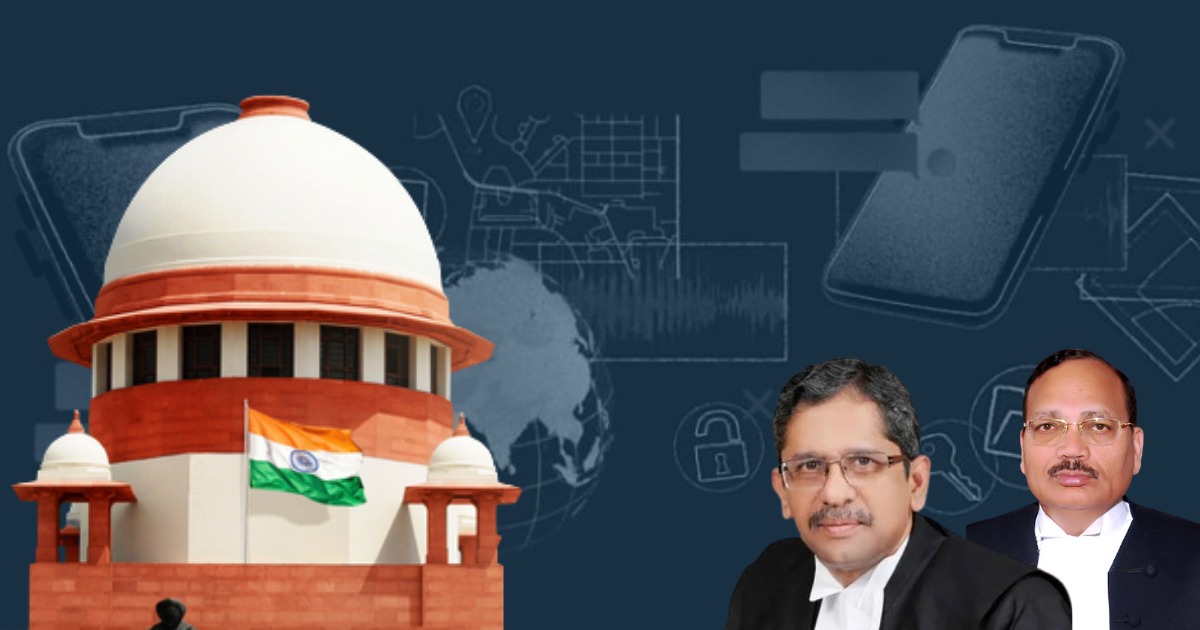 THE Supreme Court Thursday observed that the allegations of snooping using the Pegasus spyware were serious if the news reports are correct.

The court was hearing a clutch of petitions demanding a court-monitored investigation into the alleged potential targeting of activists, journalists, politicians, judges and government officials using the Israeli spyware.

A two-judge bench of Chief Justice of India (CJI) NV Ramana and Justice Surya Kant asked all the petitioners to serve a copy of their petitions to the Central Government and listed the matter for further hearing next Tuesday.

The truth has to come out, the bench said.

Here's the Supreme Court's order in the #PegasusSnoopgate case. pic.twitter.com/X5pm8fQBbK

At the outset, CJI berated serial PIL filer advocate ML Sharma for what they described as a “half-baked” petition.

“Sorry to say, not sure how you filed this writ petition. This is not how you file a PIL. What else is there apart from newspaper clippings?” CJI Ramana asked Sharma.

Turning to senior advocate Kapil Sibal, who was appearing for journalists N Ram and Sashi Kumar, the CJI asked why they had filed their petitions only now when in 2019 itself reports had surfaced about the use of Pegasus to infiltrate the WhatsApp messages of certain individuals.

“Unfortunately from what I can see from these writ petitions, much of this came to light in May 2019, but since then nothing much has been done. There should have been more focused work to put more material on record. At the same time, we don’t want to say that the work of reputed journalists and others are not reliable. Some of the people who have filed petitions have said they are personally affected. There is a mechanism to file complaints, but no efforts seem to have been made to use the mechanism. These are the things that are concerning us”, the CJI Ramana observed.

Seeking a notice to the Centre, Sibal submitted that Pegasus was a rogue technology. “It infiltrates our lives without our knowledge. All that is required is a telephone and then it enters our lives. It hears, watches and surveils every movement. It is an assault on privacy, dignity.”

Sibal also referred to a Parliamentary question that pointed out as per the original Pegasus revelations regarding the Whatsapp case in California, that phones of 121 Indians were targeted.

“I want to ask one simple question: If the government said this was happening, why didn’t they investigate NSO Group? Why was there no FIR? This was a violation of privacy, dignity. This technology cannot be used in India if you don’t purchase it. It can only be a government or government agency”? Sibal argued.

Responding to the CJI’s query if state governments could also purchase the NSO software, Sibal said “We cannot give answers, only the government can. We don’t know all the facts. Under the Evidence Act, they have to tell us, as they have special knowledge. This poses a big threat to everything our Republic stands for. My only request is that you issue notice to the government at this time”, Sibal submitted.

To the CJI’s repeated query why suddenly after two years petitions had been filed, Sibal responded by saying “We can only file-based on revelations that come out. We didn’t know the extent in 2019. But as we are now receiving more information, we are filing petitions”.

Sibal also brought to the notice of the court the latest revelation indicating that the Registrars of the top court and a former judge had been snooped upon.

Senior advocate Meenakshi Arora, appearing for Rajya Sabha MP John Brittas, said “We are not late by two years. The issue was raised in November 2019. The minister was specifically asked about this on the floor of the house, (he) categorically said there was no “unauthorised interception”.

Senior advocate Shyam Divan who appeared for activist Jagdeep Chhokar submitted that he was one of the petitioners who has been hacked.

Addressing the question of media reports, Divan argued that this was a detailed investigative reporting project by multiple reputed media houses.

“Two governments have taken action based on these media reports. US and France have reached out to Israel on the basis of these reports. These are therefore media reports which have a high degree of credibility. Whistleblower released a list of potential targets”, Divan argued.

Senior advocate Rakesh Dwivedi, appearing for journalists SNM Abdi and Prem Shankar Jha who were snooped on, submitted that this was not a case of a single person’s phone being bugged. “Virtually a mass action. A foreign company is involved. The government might be involved.”

“Given the global dimensions, this is a matter where this court has to get involved”, Dwivedi argued.

Senior advocate Arvind Datar said that the judiciary has to be in a “vanguard position”. The court can consider this to be almost like a class action, he suggested.

Referring to Section 43 of the Information Technology Act, Datar said “We don’t know who or how it has been hacked – the remedy needs (for) me to know who is responsible. A civil remedy is useless. Criminal remedy only if private parties captured etc – so no criminal remedy either”.