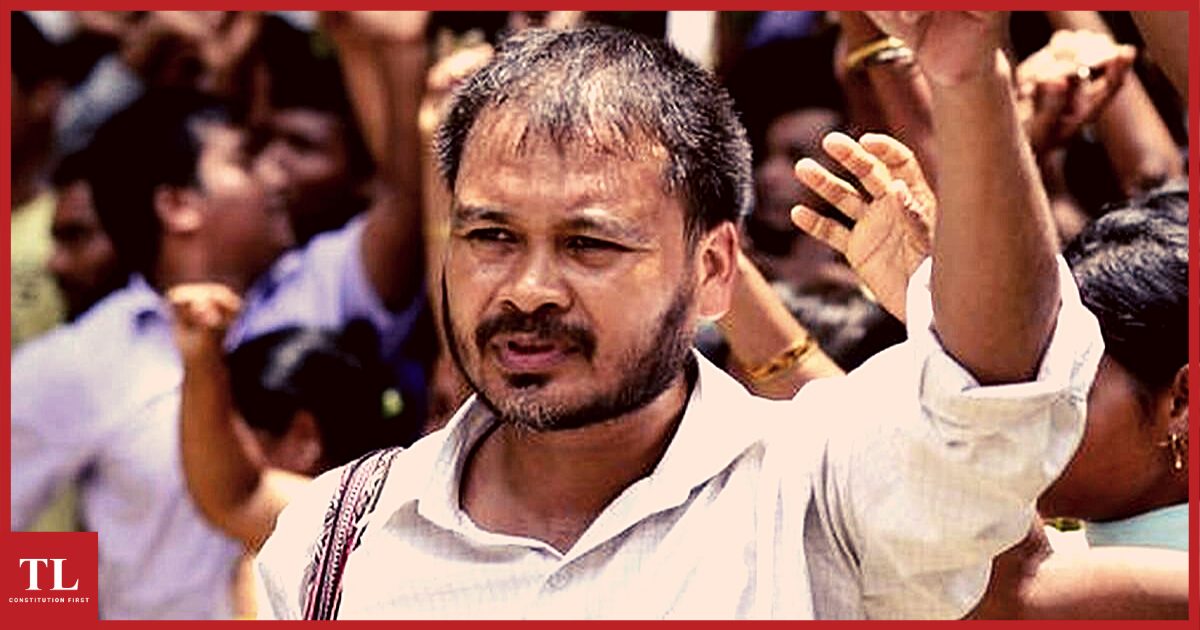 AS election results flowed in, one win in Assam stood out: Akhil Gogoi winning as an independent from Sibsagar. He never campaigned as he was in jail.

The RTI Activist and peasant leader was jailed one and a half years ago for his alleged involvement in the violent anti-Citizenship (Amendment) Act protests in Assam.

Initially, he was placed under preventive arrest. The National Investigation Agency then claimed that he had been arrested for “waging a war against the nation” and sedition charges were pressed on him.

After that, he was arrested under the draconian Unlawful Activities Prevention Act.  Numerous cases were filed against him one after the other.

He became the first Assamese to win an election without campaigning in a highly electrified poll where the BJP was at its aggressive best wanting to return to power.

Gogoi won by a decisive margin of 11,875 votes trouncing his nearest rival Surabhi Rajkonwari of the BJP.  Gogoi has been in the forefront of numerous protest campaigns dealing with corruption in high places, human rights, environmental issues and citizen’s rights.

Though Gogoi was absent, his supporters from other districts came in to campaign for him.

His 85-year-old mother Priyada Gogoi struck the campaign trail hitting a chord with the electorate talking about how there was no case against him.

Though he was granted bail by the Gauhati High Court, he continued to be in jail as there were numerous cases lodged against him.

Gogoi was in the forefront of numerous agitations in the state and had become an iconic figure as he espoused the anger and helplessness of many caught in the labyrinth of excesses and injustice by the state.

He was actively involved with the Anna Hazare-led India Against Corruption movement but quit it when the Aam Aadmi Party was formed arguing that the people had backed the movement to ensure a corruption-free India and not to get into politics.

He was a recipient of the prestigious Shanmugam Manjunath Integrity Award for his campaign against corruption.

The Public Cause Research Foundation honoured him with the Right to Information Award for exposing a massive 12.5 million scandal in the Golaghat district of Assam in the state-run Sampoorna Gram Rozgar Yojna.

If the past should be a pattern, it is unlikely that the government would want to release him despite being granted bail as he immediately gets arrested in another case. No wonder human rights activists have kept asking that he be released as his health was also deteriorating in jail.

Will they release him to take oath in the assembly as the new BJP government gets sworn in?