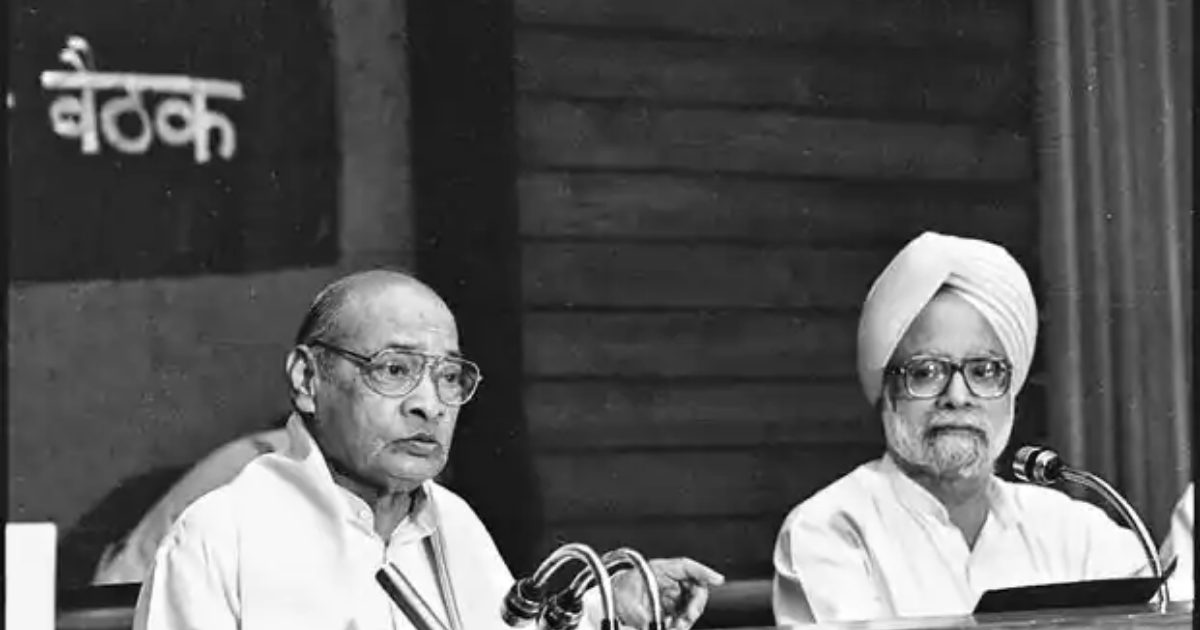 After three decades of liberalisation, fruits of growth have not gone to poor

It is thirty years since India adopted neoliberal policies in 1991, though some would date their introduction even earlier to 1985. Newspapers are full of assessments of the impact of these policies on the economy, and liberalisers from Manmohan Singh downwards, have suddenly become visible, lauding their handiwork, while lamenting at best that the benefits of liberalisation have been unevenly distributed, writes PRABHAT PATNAIK.

FORMER Prime Minister Manmohan Singh recently said that “a healthy and dignified life for every Indian must be prioritised”; one wonders what prevented him from doing so when he was at the helm of affairs.

Such an assessment, that liberalisation greatly boosted India’s GDP growth rate and thereby improved the lives of almost every Indian, lifting vast masses of them from the clutches of absolute poverty, even though it increased income and wealth inequality in the country, would be commonly accepted, not just by the votaries of liberalisation, but even by its critics, including some even on the Left; the difference, it would appear, relates only to what weight one gives to inequality as opposed to growth

The liberalisers would even argue that the ill-effects of inequality would disappear if the growth rate in the economy is revived and increased, for which the “animal spirits” of the capitalists that determine how much investment they make have to be boosted. The Narendra Modi government would claim that boosting the capitalists’ animal spirits is precisely what it is doing through its anti-labour and anti-peasant policies, some of which the Congress, while not having a different analysis, is curiously opposing. Thus the Bretton Woods institutions’ claim that there is a broad “consensus” on neoliberal policies among major political parties would seem also to extend to the evaluation of their effects on the economy over the last three decades.

This entire perception however is wrong for at least two reasons. First, it sees the capitalist sector of the economy as being a more or less self-contained sector, detached from the rest of the economy, whose main effect on its surrounding environment is simply to pull more and more labour from it; and the lament is that it has not done so sufficiently.

In reality, however accumulation within the capitalist sector invariably impinges on the world existing outside of it in multiple ways. It draws not only labour from the world outside of it, which is an economy with massive labour reserves is a good thing, but also land, and other resources including fiscal resources (for instance, subsidies to capitalists for boosting their “animal spirits” come at the expense of subsidies to peasant agriculture that have traditionally contributed to its viability); and the growth of the capitalist sector also pulls demand away from the traditional sectors.

This means an increase in unemployment and poverty. And if the rate of capital accumulation is stepped up, then it just worsens this tendency rather than alleviating it.

This in fact is exactly what has happened, even going by the government’s own statistics. The undermining of peasant agriculture under the neoliberal regime, which removed all the protection given to it during the preceding dirigiste period, is obvious. It manifests itself in the fall in profitability of peasant agriculture; it is manifest too in the fact that between the 1991 and 2011 censuses, the number of “cultivators” (as defined by the census) fell by 15 million; and it is painfully clear from the suicides of more than three lakh farmers over the last three decades.

Not surprisingly, the magnitude of poverty, in the most elemental sense of access to calories, and not just of inequality, has increased since the inception of neoliberal reforms.

The percentage of persons with access to less than 2200 calories per person per day in rural India (which was the original official benchmark for rural poverty), has increased from 58 in 1993-94 to 68 in 2011-12 (both NSS large sample survey years); the corresponding figures for urban India where the original benchmark was 2100 calories per person per day are 57 and 65 respectively.

Matters have become even worse since 2011-12. The 2017-18 NSS large sample survey threw up figures which were so startling that the Modi government decided to suppress them altogether and also to discontinue these surveys in their old form. Some information however leaked out before the findings were suppressed and these show that between 2011-12 and 2017-18, per capita consumption expenditure on all items in real terms has fallen by nine per cent in rural India. Nothing of this sort had ever happened in normal times (ie, barring major crop failures) in independent India.

The assault on peasant agriculture under neoliberalism is actually intensifying. The latest manifestation of it, in the form of three farm laws that are meant to promote big capital’s interests at the expense of the peasants’, is so damaging that it has brought large peasant masses from the surrounding states to Delhi, demanding their withdrawal.

Let me now move to the second flaw in the neoliberal perception. Capitalists’ investment does not just depend on some intangible thing called “animal spirits”, but is rooted in tangible calculations that they make about the prospective growth in markets. True, the response to such calculations within limits may depend on their state of optimism or pessimism (which the term “animal spirits” captures), but clearly, if the market is not growing or if the growth slows down then capitalists’ investment suffers, no matter how much subsidies are doled out to them.

Now, neoliberalism has widened income inequality everywhere, including in India: according to Piketty and Chancel, the share of the top one per cent of the population in total national income was just six per cent in 1982 but increased to 22 per cent in 2013-14 (the highest it has been for almost a century).

Since the working people consume more out of their incomes than the rich, a widening of income inequality that amounts to a shift of income away from the former to the latter has the effect of reducing consumption and hence aggregate demand, which in turn reduces investment and growth

Neoliberalism in short is afflicted by a stagnation tendency, which, for the capitalist world as a whole, had been kept in check by “bubbles” in the US economy, first the “dotcom bubble” in the 1990sand then the “housing bubble” in the first decade of this century. With the collapse of the “housing bubble” the world economy has gone into a protracted crisis that has no solution under neoliberalism (which frowns upon State intervention in “demand management”).

This has affected the Indian economy as well, where, even before the pandemic, the unemployment rate in 2019 was the highest it had been for 45 years. This has had two kinds of effects on the people: one, it has greatly worsened the conditions of life of the working people, even before the pandemic, who were already being hurt by the pursuit of neoliberalism. The recent drastic fall in employment and consumption underscores this.

Secondly, the crisis has led to the cementing of an alliance between big capital and fascistic Hindutva groups, which sustains the Modi government. Such an alliance is not specific to India.

In periods of crisis, big capital promotes and finances the political ascendancy of fascistic groups with whom it forms an alliance. It does so as a means of altering the discourse, towards vilification of the “other”, in order to distract people from their economic predicament. While such groups in power do the biddings of big capital, they derive their political strength not from any economic solution to the crisis they offer but from shifting attention away from the economic realm altogether.

Neoliberalism in short, while it squeezed the working people even when it was experiencing high growth, has both increased the squeeze and ushered in an arrangement that is inimical to the basic premises of the Indian constitution, such as democracy, secularism and social equality, when it has run into a crisis.

The votaries of liberalisation miss the point that while it may have increased the GDP growth rate, it has worsened the conditions of the working people, and has undermined the founding principles upon which alone can a modern Indian nation be built. (IPA Service)