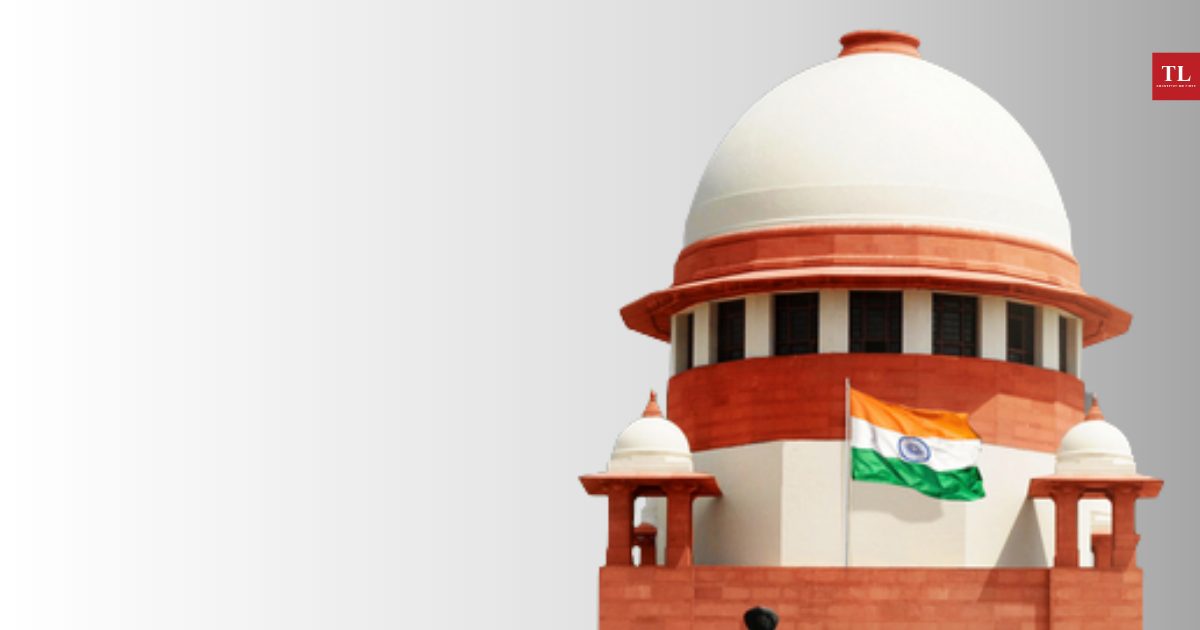 After state’s reorganization, service conditions of public employees serving in successor state not to be varied to their disadvantage: Supreme Court

EARLIER today, a Supreme Court bench comprising Justices U.U. Lalit, S. Ravindra Bhat and P.S. Narasimha held that the existing service conditions of employees who opted for service under a successor state after its reorganization, would not be varied to their disadvantage. The bench, while examining the status of such employees after the bifurcation of Bihar into two states, said that they would stand protected by virtue of Section 73 of the Bihar Reorganization Act, 2000. The bench thus gave relief to a Scheduled Tribe[ST] candidate who was denied the benefit of reservation as his service was allotted to Jharkhand upon the bifurcation of erstwhile Bihar.

The bench relied upon the decision rendered by the Supreme Court in Pankaj Kumar vs. State of Jharkhand & Ors. to this effect on August 19, 2021. Justice Lalit was part of the two-judge bench that rendered that decision.

In 1995, the appellant, Akhilesh Prasad, was appointed to the post of Cooperative Development Officer in the then undivided Bihar, under the Scheduled Tribe [ST] category. His claim of being eligible for the ST category (Gond) was supported by a certificate issued to that effect by the Scrutiny Officer, Sonpur (Saran), which place now fell in the newly reorganized state of Bihar in 2000. After the Act of 2000, which reorganized Bihar, the appellant’s service was allocated to the successor state of Jharkhand, and since then the appellant had been in the service in Jharkhand.

In 2010, the Jharkhand Public Service Commission [JPSC] issued an advertisement for filling up the posts of Deputy Collectors through limited departmental examination. The advertisement, however, prescribed that the benefit of reservation would be extended only to those who would submit the appropriate caste certificate from the Sub-Divisional Officer posted in Jharkhand. In the results of the examination declared on May 5, 2013, the appellant was declared unsuccessful though he had secured 123.68 marks as against the cut-off at 113.70 for the ST category.

On an appeal filed by the appellant, a single judge of the Jharkhand High Court ruled in his favour, holding that “the examination was not a general open competitive examination; rather it was open for in-service candidates of the Government of Jharkhand only”. The single-judge further held, “In the case in hand, the petitioner was already working in the co-operative Department as a reserved category candidate and thereafter by virtue of his employment in the Cooperative Department under the State of Jharkhand, he qualified to appear in the examination. Admittedly he is a reserved category Scheduled tribe candidate and after the bifurcation of the State he was allocated the Jharkhand cadre. He carried his reserved category with him after bifurcation also”.

The judgment of the single judge came to be challenged before a division bench by the state as well as the JPSC. The division bench overturned the decision of the single-judge to hold that, “25% of posts to be filled through the limited competitive examination would be by way of fresh appointment and as such, the appellant could not rely upon the provisions of Sections 72 and 73 of the 2000 Act. Since the appellant had failed to comply with condition No.13 of the Advertisement and since there was no certificate issued by any of the competent authorities that he belonged to ST (Gond) category in State of Jharkhand, the appellant could not be said to be belonging to the reserved category of STs for the purposes of limited departmental examination”.

These were the facts and issues before the Supreme Court.

Rendering the decision in favour of the appellant, Justice Lalit, who authored the lead opinion, referred to the decision of the court in Pankaj Kumar, which came to be delivered after the judgment of the high court’s division bench on May 12, 2021. He thus opined that the division bench did not have had the benefit of the decision of the Supreme Court in Pankaj Kumar, which has already settled the law. Justice Lalit thus noted, “It would therefore be immaterial whether or not the nature of limited departmental examination is to be taken as direct recruitment, as found by the Division Bench of the High Court”.

Elaborating on the nature of such limited departmental examination, Justice Lalit held: “The promotion as a channel to reach the higher level is only available to the persons already belonging to the service. In normal circumstances, the promotion would go by the concept of merit linked with seniority subject to suitability”. He added that in order to encourage meritorious candidates who may be comparatively junior in service, a window of opportunity is opened through limited departmental examination.

“Those who pass the examination are entitled to have an accelerated promotion. This process does not change the character of movement to the higher post and it continues to be a promotional channel. The Single Judge of the High Court was therefore right in allowing the writ petition”, Justice Lalit held. He thus disapproved of the division bench’s decision in holding that the limited departmental examination was nothing but direct recruitment from the open market.

Justice Bhat, in his concurring opinion, noted that given that determination of whether a community or caste has to be notified as Scheduled Caste [SC], or ST, is in relation to a state or union territory (that is, it is primarily people-centric having regard to the existing geo-political unit), and when a determination is so made that a particular community belongs to such state, in the event of re-organization, the  Parliament has a duty to provide clarity, by way of express provision.

Justice Bhat also held that given that states’ reorganizations occur as a consequence of political demands, or as an articulation of regional aspirations, there is no agency of the individual (that is, members of SC or ST communities) in such eventuality. This situation is radically different, he said, from one, where a member of such community, voluntarily seeks opportunities outside her or his state in which case, the rule in the Constitution bench decision of the Supreme Court Marri Chandra Shekhar Rao vs. Dean, Seth GS Medical College (1990) case would apply. As per the Rao judgment, the settled law in respect of persons going from one state to another is that the status of ‘belonging to’ a caste or tribe in relation to one state would not apply once a member of that community goes to another,

“There is, consequently, an obligation on the part of Parliament, to provide clarity about the kind of protection, regarding the status of such individuals forced to choose one among the newly reorganized states, and ensure that they are not worse off as a result of reorganization”, Justice Bhat said. He added that there can be myriad situations which may arise directly for decision, such as, for instance, where caste A is not designated as an SC in one of the newly reorganized states, where the individual is forced to locate; or where the children of the concerned individual were studying in state A, and the parent was in state B (and continued to be so) and in the former state, the concerned caste is not notified as an SC, or even that the children are not treated as ‘belonging to’ that state, and so on. He thus said each such situation needs to be examined, having regard to the legal regime in question.

“So far, the instances of decided cases, have inevitably been in the context of reservations in public employment (Article 16). However, there may arise, possibly, in the future, other kinds of disputes, which this court should be careful not to pre-judge without careful scrutiny”, Justice Bhat said.