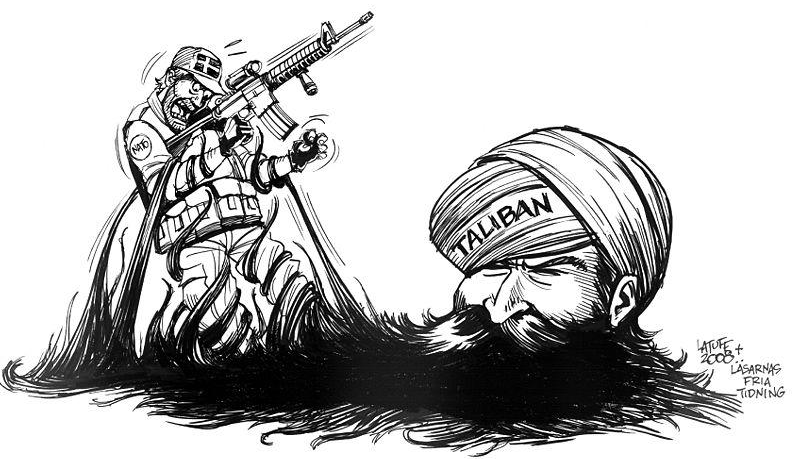 Afghanistan: Behind the Smoke and Mirrors

A wave of hand wringing and gnashing of teeth has swept the West, and other parts under its influence, after the dreaded Taliban swept into Kabul and took charge of the country on August 15. Like always, there is emotional mud-slinging among the US allies while US President Joe Biden is being targeted for the ‘debacle’. The “forever war” – yes, it’s the longest war US has ever fought – is finally over after 20 years. And the very regime that was thrown out of power when the US/NATO invaded Afghanistan in 2001, is now back.

As usual, expert commentators are at pains to explain what went wrong with the glorious effort to build democracy and bring prosperity to this hapless country that has been in the throes of war for over four decades. The US and its allies spent a trillion dollars to win the ‘hearts and minds’ of the people even as they deployed the most sophisticated armed force in the world against the Taliban. Yet it came to nought in the end. Why? How?

The answers being peddled ad nauseam are more myths than reality. Like the Bourbons, the imperial Americans neither forget, nor learn. Here are some myths – and the hard realities they are meant to cover up.

Myth: ‘US spent a trillion dollars building a new Afghanistan …’

There are two myths in this popular epitaph for the Afghanistan Occupation. One is that the US and its allies spent about $1 trillion and the other is that it was spent for Afghani people.

Officially, the US Department of Defence has put the cost at $837 billion, between 2002 and 2021. In addition, various aid and reconstruction agencies spent $133 billion on ‘Afghanistan reconstruction’, which includes setting up schools and building markets and roads, etc.

However, independent estimates put the real cost of war at $2.26 trillion, more than double the official figures. According to a Brown University study, costs must include the money spent on operations against Taliban in bordering districts of Pakistan, on medical care of US injured soldiers and on the interest payments made by the US Treasury for commercial borrowing to fund the war.

Going by the official estimate, only 16% of funds were spent on Afghan people under the so-called ‘Afghanistan Reconstruction’ sub-head. But if you take the unofficial estimate, this comes to as little as 6% of the total cost of war. Even within that, payments to various US civilian advisers, contractors, middlemen et al would bite off a fair chunk of the funds.

So, the myth that US and its allies were spending an astronomical sum every year to educate Afghans, help them become prosperous etc. is hot air.

Myth: ‘Corrupt Afghans are responsible for this debacle….’

This is the pre-eminent theme. It is strenuously argued that the US was working with good intentions, sacrificing so many lives, spending its money and trying to teach Afghans how to run a modern democracy but people like former Afghan President Ashraf Ghani and the bureaucracy embezzled the money, refused to toe the line.

According to one study, the share prices of these five top US arms manufacturers increased 58% more in the past 20 years than the overall share market, as reflected in the S&P 500. In fiscal 2020, the US government continues to hand out big ticket contracts to the top five, according to one review of contract documents: Lockheed Martin ($74.2 billion), Raytheon Technologies ($27.4 billion), General Dynamics ($22.6 billion), Boeing ($21.5 billion), Northrop Grumman Corp. ($12.7 billion).

The war in Afghanistan was, like always, a boon to flagging economies of the West, particularly the US. It was money being pumped into creating employment in US and Europe and yielding super profits to giant corporations, and less for building democracy and bringing economic uplift in Afghanistan.

Second, history is full of episodes of the ‘civilising missions’ launched by richer countries often with at the point of gun, which ultimately destroy countries and leave them wracked by sectarian violence, the economy in shambles and dominated by bloodshed. In the past few decades, you can see the results of US interventions in Iraq, Syria, Libya, Yemen, all of them ‘bombed into Stone Age’, as a US President once famously put it. Afghanistan is yet another shining example of this civilising mission. A 2019 estimate by Brown University put the cost of war in Pakistan, Afghanistan, Iraq and Syria at a staggering $6.4 trillion.

Earlier, in the 20th century, the same mission was carried out against communists – Vietnam, Laos and Cambodia —  and through proxies in Latin America repeatedly. Nowhere did it succeed, and everywhere the people got rid of the US and its dictator proxies, one way or another.

It is no surprise that at the end of it, the predominant feeling among common Afghans is that the’ Occupiers’ have gone and the war has finally ended. True, those sections that benefitted from the occupation, including the puppet kleptocracy that ruled Afghanistan first under Hamid Karzai and then under Ashraf Ghani, would be terrified. But that’s about all.

Myth: ‘Taliban are a liberating force….’

Among some sections, yet another ignominious defeat of US empire building at the hands of the Taliban is being welcomed but without an evaluation of what the Taliban are. While there is no doubt that the defeat of the US-led Occupation is a step forward, the Afghan people have to now deal with the Islamic fanatics. Like all religious fanatics who dream of building a theocratic state, they have a medieval outlook and an extremely retrograde social policy.

It is possible that Taliban 2.0 may not be as brutal as earlier. But even if they have mellowed down, they represent an interpretation of Islam that is inimical to the economic and social emancipation of the Afghan people. To build a modern industrial society, a radical change is required that will involve the spread of education and technical training, the liberation of productive capacities by introduction of modern farming techniques, the removal of opium cultivation which had flourished under US Occupation, the sustainable utilisation of Afghanistan’s vast mineral resources, which include lithium, cobalt, copper and other Rare Earth elements, and an engagement with the rest of the world.

This doesn’t have to mean a surrender to Western predatory corporations. But it does mean that merely claiming guidance from faith to run an increasingly complex society will have to be tempered. They will also have to give up on the hegemonic aspiration of imposing their own brand of Islam on all Afghans, which include different ethnic groups (Uzbeks, Tajiks, etc) and even sects like Shias (Hazara, Qizilbash).

It is too early to pass judgement, but there is not much to indicate that the Taliban have reoriented themselves so much. Their past record is horrendous and chilling. A major turn away is required to discard the shadow of that past. Otherwise, the Afghan people will have to struggle against them for their basic rights, and for emancipation. At least now, that fight can be joined, with foreign occupiers out of the way.