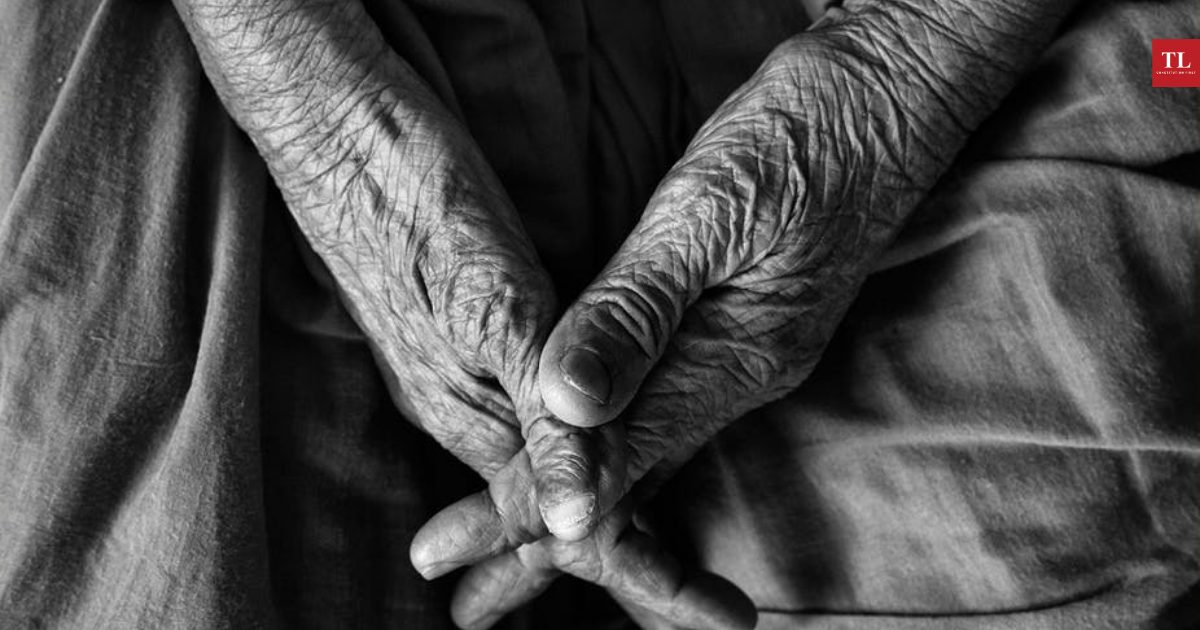 COVID-19 reports have mainly focussed on the risk of infection and mortality rates among the elderly. However, the pandemic has had a far more devastating impact on the elderly population, made worse by their incorrect belief that they have no recourse, writes DIVYA SHREE.

THE elderly are amongst the worst affected by the COVID-19 pandemic.

The extended lockdowns have affected their health due to lack of regular check-ups with a majority of them having little access to doctors. Besides, anxiety, loss of appetite, lack of physical activity or social life, sleeplessness and other factors are posing severe health challenges.

An increasing number of old people have also faced physical, psychological and emotional abuse from family members. The most common types of abuse are disrespect, verbal and physical abuse, isolation, neglect, lack of medical treatment, siphoning off their funds and forced work.

A six-city survey conducted by HelpAge India, an NGO that works for the rights of the elderly,  found this year that 62% of the respondents have experienced increasing ill-treatment and around 36% of residents in old age homes feel that abuse is prevalent in society. A study by Agewell India found that 58% of elderly respondents were abused by their families.

Also read: Covid ‘The Silent Tormentor’ has upped risk of abuse for elderly

The Elders Helpline (number 1090), jointly run by the Bengaluru Police and Nightingales Medical Trust, received 2,087 complaints from April 2020 to May 2021 with 43% related to harassment, mistreatment and exploitation.

The HelpAge India survey reveals a 71.8% increase in cases of mistreatment of old people during the pandemic.

HelpAge India CEO Rohit Prasad, said: “What is heart-wrenching about this report is that while elders have always been identified as the most vulnerable and susceptible to COVID-19, the focus has been on their physical health, and few have noticed the dreadful impact of the pandemic on their mental health and well-being. The report brings out the sense of fear, worry and loneliness our elders face and the increased risk of abuse due to growing dependency … they are also dealing with the loss of loved ones and struggling at multiple levels.”

The report stresses the urgent need—now, more than ever—to build a strong and responsive eldercare system. “COVID-19 had no precedence for us to be prepared. But now, we can be,” says Prasad. The needs of the elderly should get priority, attention and resources they deserve. As family caregivers do their best despite challenges, the government, the community and the private sector must work together to support caregivers and introduce elder-friendly policies and programmes, he adds.

In Bengaluru, an elderly couple aged 74 and 64 were reportedly verbally abused by a neighbour when asked not to make loud noises as they had trouble sleeping. The terrified couple spent several sleepless nights.

A shocking case was reported in Punjab, where 80-year-old Mahender Kaur was rescued from a pit with maggots on her head after being abandoned by her politician son and civil servant daughter.

In Bhiwani, 55-year-old Parvathi Devi jumped into a well after being physically abused by her son.

No better before the pandemic

Even before the pandemic hit India, old people were being continuously abused, which added to their mental trauma, triggered by the vulnerability of their age.

Out of 5,014 respondents surveyed by HelpAge India in 2018, 25% had been abused in some form or another with 82% of the abused not reporting such incidents either to “maintain the confidentiality of the family matter” or “did not know how to deal with the problem”.

The World Health Organisation (WHO), which observes 15 June as World Elder Abuse Awareness Day, defines elderly abuse as a single or repeated act or lack of appropriate action. It occurs within any relationship where there is an expectation of trust that causes harm or distress to an older person. According to the WHO, one out of every six old people is abused worldwide.

The 2021 HelpAge India survey reveals that primary abusers during the pandemic were sons (in 43.8%), followed by daughters-in-law (27.8%). Surprisingly, 14.2% of the respondents said that their daughters abused them. Around 60% of the respondents faced emotional and financial abuse while 58.6% physical abuse.

Imtiaz Ahmed, mission head of HelpAge India, says it received more than 1,000 calls to the Elder Helpline relating to abuse, violence and disputes in the second wave, up by 18% from the first. “The helpline received almost 20,000 calls in total in the second wave, a 36% increase since the first, with calls about counselling increasing by 111 % and requests for income support by 54%. COVID-19 has become the primary abuser, affecting elders in the worst ways possible.”

Vidya Shree, a psychologist, says, “Eighty per cent of the old population is hesitant to take counselling.” She cited an incident where one of her patients thought “he was complaining about his children and did not want to open up”.

The lockdown has driven families to the edge psychologically, financially and physically. “The older adult population I have counselled during the pandemic faced abuse due to financial dependency,” Vidya adds.

Property disputes primary cause of abuse

A 2015 survey, HelpAge India, found that 53% of the respondents were abused over “property and inheritance disputes”. The situation hasn’t changed. “Whenever property or bank balance is involved, children are only civilised with their parents till it is willed to them; later, the parents are kicked out,” says Malikarjuna, the founder of Ariake Old Age Home, in Kanakapura, Bengaluru.

Jay Narayan, 78, who stays at Ariake, says, “My son asked me to move out right after I transferred my property to him. I have been at the eldercare centre since then. What is more heart-wrenching is that my son has not even called since that day.”

A police officer working closely with the Nightingales Medical Trust, Bengaluru, estimates that more than 24,000 old people were victims of harassment and abuse during the pandemic because they lack physical strength.

A senior counsellor at the Elders Helpline said that it has handled more than 30 cases of death of the elderly who were severely attacked.

In one such incident reported in 2005, the parents of Balkrishna Dalal, a diamond trader, jumped to death from the eighth floor of a building in Kemps Corner, Mumbai, leaving a note holding him and his wife Sonal responsible for harassment and abuse.

The pandemic has also impacted old age homes. Before the pandemic, Ariake had a daily stream of visitors. Good Samaritans would visit the elderly and interact with them. Unfortunately, visits, donations and free supplies came to a complete halt during the pandemic.

“We have a shortage of funds and sustaining on loans. Previously, we sheltered hundreds of old people, but we have shifted them to other charitable trusts. Now, we are sheltering only ten,” says Malikarjuna.

According to the 2021 HelpAge India survey, 34.1% of old age homes residents felt that the behaviour of their family members changes during the pandemic. “I had become part of this community. But I again feel isolated after most of the residents were moved out. I miss my son; I need someone to talk to,” says Ariake resident Lakshmi, 79.

Ananda’s Seva Sadan, located near BEML Layout, in Bengaluru, is home to many senior citizens. Things are no different here. “Many guardians have lost their jobs and are unable to pay. Consequently, it has become extremely difficult to run the place,” said Manjunatha Rao, the founder of Seva Sadan.

Shuba, who runs Vriksha Deepa, a home for the elderly on a paid basis, says the staff did not turn up due to lack of transport during the lockdown. “We have difficulty shifting patients to hospitals in emergency. We have a small critical care unit managed by outside doctors. But we had to bear with their irregular attendance during the pandemic. Besides, the elderly also faced many mental issues because they could not meet their guardians,” she adds.

Senior citizens are either denied or unaware of fundamental rights

The Maintenance and Welfare of Parents and Senior Citizens Act, 2007, was passed by the Centre to provide for adequate maintenance and welfare of the older population by emphasising familial care. The Act directs states to form tribunals for every subdivision of a district to look into grievances of the elderly, particularly of those who do not receive proper food, shelter, clothing or medical treatment.

The Act was expanded in 2019 and now the state has to appoint a maintenance officer to ensure the maintenance of the elderly population. The definition of ‘maintenance’ includes the safety and security of parents besides their food, clothing, housing and health care obligations.

The Act directs states to have a dedicated helpline number for senior citizens to convey their problems. A report by Agewell India found that out of 5,000 elderly respondents, 2,176 claimed they are unaware of their legal rights.

In 2010, the National Programme for Healthcare of Elderly (NPHCE) was launched under the 11th Five-Year Plan to provide affordable and accessible quality health services for people above 60. The services included health promotion, preventive services, diagnosis and management of geriatric medical problems, rehabilitative services and home-based care.

According to the Comptroller and Auditor General, Tamil Nadu was supposed to have established geriatric units in five select districts under NPHCE, but it failed to do so. According to government records, Assam, Madhya Pradesh, Rajasthan also failed to utilise the funds allocated by the Centre between 2010 and 2015.

Are you witnessing abuse of elders?

Here is how you can help:

(Divyashree is a student of the Symbiosis Institute of Media and Communication, Pune, and is an intern at The Leaflet. The views expressed are personal.)