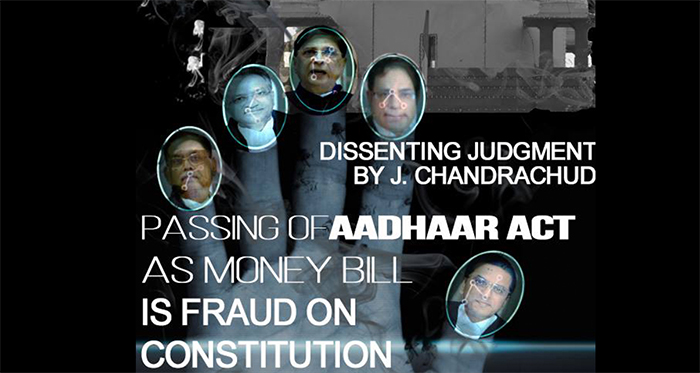 [dropcap]I[/dropcap]n wake of the Aadhaar judgmentthat was delivered on September 26, 2018, the grounds of challenge to the Aadhaar Act need to be analysed in tandem with the judgment delivered by the five-judge Constitution Bench of the Supreme Court. This judgment comprised of three separate opinions — with the majority opinion authored by Justice AK Sikri, which has been signed on by the Chief Justice Dipak Misra, and Justice A M Khanwilkar. By way of this opinion, the majority has struck down or read down a few provisions, and upheld the constitutional validity of others that were challenged by the Petitioners.

The following is a table detailing the provisions and of the Aadhaar Act that were challenged and the grounds argued for their unconstitutionality by the Petitioners; the responses of the respondents, along with the decision on each of the provisions by the three separate opinions.