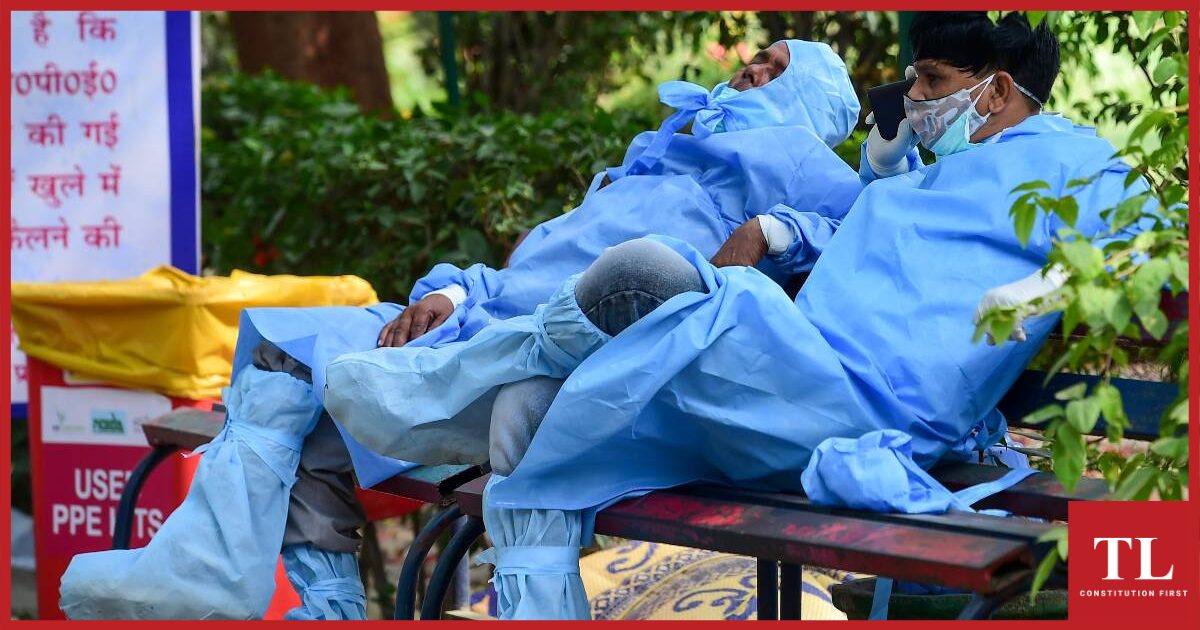 A Truth Commission for Covid

To salvage the truth about the pandemic in India, a Truth Commission for Covid must be instituted, says SHIV VISVANATHAN.

THIS is a week of breast-beating where an arrogant regime has been treated with scepticism and contempt. However, such an act of critique and dismissal becomes ephemeral when not accompanied by the corresponding experiment in institution building.

One of the great moral and investigative exercises of the last few decades was the South African Truth Commission. It was extraordinary in several ways. It was set up by a guerrilla Nelson Mandela, who realised that Anglo-Saxon law could not solve the problem of peace in South Africa. One needed a moral imagination for ethical repair and an exemplar who could play out political possibilities.

One senses every Truth Commission is unique. It has to be reinvented every time to create an impact, a theatre of memory and a drama of resolutions.

Secondly, memory is being lost or erased through mass death and media distortion. A Truth Commission would grasp the scene better. As an observer said, it may be too late for justice, but fragments of truth could be salvaged.

There has to be a sacredness to the Truth Commission as ritual. Thousands have died and are being forgotten. One is confronting not just the obscenity of overfull graveyards, but a sheer indifference to death and mourning.

A commission for Covid, while enacting its investigation becomes a mourning wall, a moment of mnemonics for the dead. It provides for dignity through prayer and remembrance. A roll call of the dead is an acknowledgement of the sense of community that we have lost.

One has to rework the notion of justice and accountability the way Desmond Tutu did. We have to go beyond cost-benefit and the logic of a mere number. We need a Gandhian sense of accounting, where accounting in the numerical sense is accompanied by accountability, as an obligation to the other.

It also demands responsibility for science and medicine including a ritual admission of all the mistakes made.

Finally, one needs a sense of trusteeship to see that the truth is told at all costs. To help create this one needs three subcommittees of professional ethics, one for journalism, one for medical ethics, and one for accountability and governance.

Storytelling must become a crucial part of truth. Listening and memory must become an art form and the Guinness book mentality towards death must be exorcised.

One now confronts the scientific and medical structures of the regime. One has to ask if the lockdown was accompanied by any real sense of comprehension. Secondly, did we have a sense of the mutating virus or was our approach mechanical? Who is responsible for the devastation of the informal economy?

A new scientific narrative beyond the idiot statistics of exponentialism must be established. We have to ask whether all medicines were critically examined or did we acquire herd mentality before herd immunity. Are there biases in the International establishment which are blocking the truth?

In this context, we need a second set of committees on IPR and the administration and cost of vaccines. India did itself proud during the AIDS epidemic, thanks to Cipla.

How is a society well known for cheap medicine production facing such a criminal shortage? How much did politician and bureaucrats know or were they epidemic repositories of ignorance? How does one make them accountable? How exploitative have private hospitals been? How does one punish them for being over extractive? These are questions the commission must confront.

The fact of opening space for the Truth Commission for Covid creates a moral and intellectual space that breaks the secrecy and hysteria around it. The commission has to have a sense of membership beyond official experts. This is not an official investigation but an investigation that has to include citizens voluntary groups and human rights imagination. It has to cleanse the space for listening and allow for ethical repair, that begins with the therapeutic of storytelling.

A colleague suggested that an oral narrative like a harikatha should accompany the commission’s proceedings and elaborate debates and controversies.

The Truth Commission for Covid should not be a centralised entity but a peripatetic in style, open to the victim, witness, dissenter, and periphery. Professional groups should be invited to make their presentation and a full archive of records must be maintained.

To maintain fairness no one, not even the courts should be exempted from investigation. The commission should be legally structured to create a convincing ecology of justice.

India needs such a ritual to revive its myths of science and democracy. We need both openness and mourning, truth and insight, to confront the violence of the last two years. The ethical repair-therapeutic psychological and medical should be the goal of the Truth Commission. It must prepare to follow the narratives of the second and the third wave of the pandemic.

To do this India has to find an equivalent, moral and scientific, of a Desmond Tutu. Only a Tutu as creation can sustain the narrative with courage and laughter, integrity and humanity. One has to add a special prayer for that.

(Shiv Visvanathan is an Indian academic best known for his contributions to developing the field of science and technology studies, and for the concept of cognitive justice-a term he coined. He is currently a Professor at O.P. Jindal Global University, Sonepat. The views are personal.)