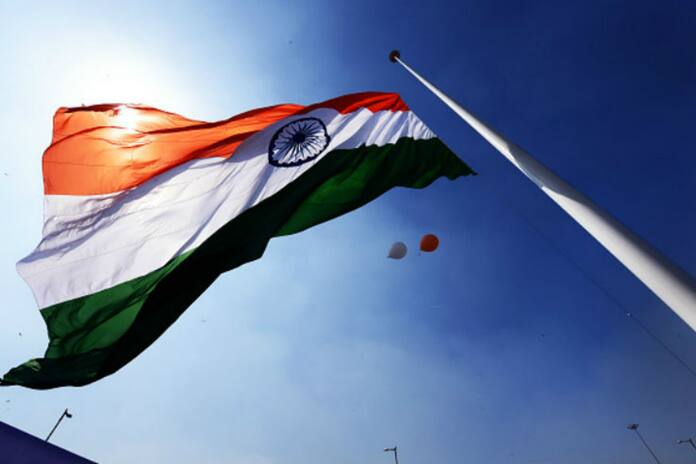 A tableau for August 15

Shiv Visvanathan·August 14, 2021
Home
Due Process
Democracy and Rule of Law

SHIV VISVANATHAN imagines what an Independence Day tableau truly representative of the ugly truths of present-day India would look like.

NATIONAL Festivals, whether Republic Day or Independence Day, have always been a source of pride and memory. But this Independence Day, the nation confronts itself like a blank slate, mediocre in its achievements.

A friend of mine told me that if Republic Day is a tableau of the alleged achievements of the nation, Independence Day should be an ironical reversal, caricaturing the nation, bringing to it a touch of laughter and irony. He asked me to imagine a tableau presented, along with a Harikatha, an oral commentary in different vernaculars, themed around the India of 2021.

Here, there are no army marches or jet flights, no sign of the military power of the nation. The first tableau is of COVID migrants from the informal economy walking. The storyteller announces this is the greatest uprooting since the partition.

The procession stops at a bus stop, to be sprayed with chemicals. It is clear that the homeless and the uprooted are like pests. They need to be sprayed in the interest of national hygiene.

The next tableau also looks like migrants; only they are Rohingya refugees. One realizes that in the India of today, there is little difference between migrants and refugees. There are walls all around the tableau, surrounded by huge posters of certificates.

Also read: India pushing back Rohingyas at its borders is a gross violation of rights

The third tableau announces the death of citizenship. In Modi’s India neither minorities, the marginalized, peasants, nomads, dissenters, nor opposition parties have a place. Citizenship, the Harikatha claims, is the biggest casualty of the Modi era.

The next presentation is a surprise. There is a huge statue of Gandhi’s three monkeys. Only, they have not covered their face with their hands. Each has a COVID-style face mask in brilliant colours on. Their message is radically different. The first monkey says, ‘say no truth’; the second, ‘see no truth’; the third ‘speak no truth’. The poster behind has Amit Shah announcing, ‘Welcome to the Post-Normal, Post-Truth society’.

Also read: An accidental, anecdotal year appears like a planned sequence with majoritarianism as prelude and chorus

The next tableau is a horrific one of police torturing and killing a father and son duo for keeping their shop open beyond lockdown time. The Chief Justice of India’s recent comments that human rights are under threat in police stations is played out like an anthem in the background.

The crowd warms to the irony and the political bite, and applauds the next poster, a cartoon by the late Malayalam language cartoonist O.V. Vijayan. The first is the well-known comment by Gandhi: when asked “what do you think of Western civilization?” he notes, “‘it would be a good idea”. The second cartoon is sharper, and enormous in size. It shows Gandhi tottering on a stick. He is asked “what do you think of Indian civilization today?”; he adds “that would also be a good idea”.

The next tableau is a poster with a simple quotation: “The only way to be national is to be anti-national”. Behind it comes a string of dissenters in chains. One sees Fr. Stan Swamy, Sudha Bharadwaj, and the rest of the 16 arrested in the supposed Bhima Koregaon conspiracy. There is a picture of the jailed journalist Siddique Kappan in chains: each picture is sharp; each exhibit creates an argument and the crowd responds with laughter and surprise. There is a sense of sadness at the normalcy of violence and injustice.

The parade proceeds with farmers from all over the country protesting. They look tired, and there is a picture of politicians indifferent to them. The next tableau is a hyphen with BJP leaders worshipping a cow. India is the land where a cow is worshipped, while the peasant is treated with contempt. Agriculture is seen as outdated by the regime.

The next two tableau are empty to emphasize the indifference to the farmers’ strike.

The eeriness is emphatic as the storyteller talks of the death of the University. There is no research and no teachers: just a digital studio. The head of competitive public service exams coaching institute Rau’s IAS Study Circle has become head of the University Grants Commission, as the University is now a collection of tutorial colleges. The colleges are leased out to home tuition providers Agarwal Academy and education technology company Byju’s.

There is a poster announcing a lecture: Former Chief Justice of India Ranjan Gogoi will speak about the independence of the judiciary.

When a citizen is a temporary refugee, who then is a permanent one?

The next spectacle is a poster of a man looking for the opposition. A huge waste bin lies before him full of pictures of Priyanka Gandhi, Sitaram Yechury, and M.K. Stalin, among others. The person cleaning is wearing a tee-shirt which claims he is the opposition when politics has been silenced. He tries on a Rahul Gandhi mask, only to immediately discard it with dissatisfaction.

The last is a picture from Bollywood, with actors fighting with each other. There is then silence as Amit Shah declares that a leading public intellectual has been elected Minister for Communication. There is excitement and anticipation in the air till one realizes the nominee is the actress Kangana Ranaut. The new minister proudly adds, “The ministry will not only provide news. It will make it’. One feels that India has finally arrived.

The storyteller looks at the crowds and says that this is the India the middle class has created: majoritarian, mediocre, and authoritarian, with no place for dissent, margins, minorities, or alternatives. There is a sadness in the air as the flag is hosted, and funeral music is played. India’s tryst with destiny is complete as the tableau fades into the distance.

The storyteller waits and then adds a line. He says, “The age of the storyteller is over. The era of post-truth news has arrived”. He folds his hands in farewell.

(Shiv Visvanathan is an Indian academic best known for his contributions to developing the field of science and technology studies, and for the concept of cognitive justice – a term he coined. He is currently a Professor at O.P. Jindal Global University, Sonepat. The views expressed are personal.)