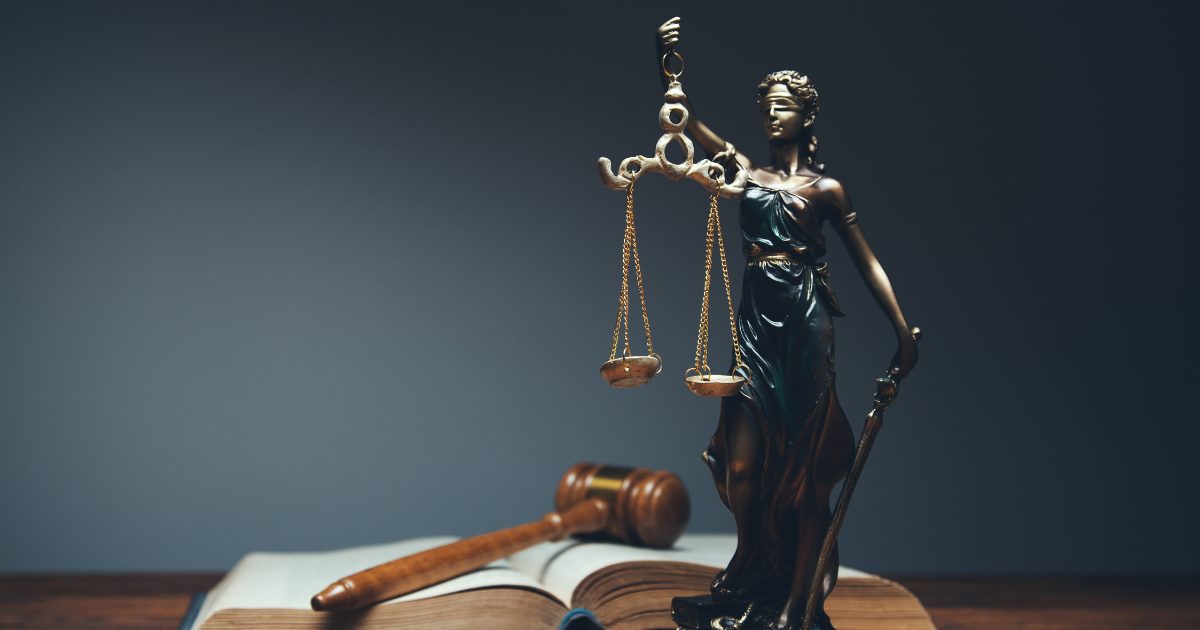 Tracing the legislative history of and jurisprudence developed by Indian courts for the legal provision of ‘restitution of conjugal rights’ embedded in all personal laws as well as the secular Special Marriage Act, SHIVANK SINGH explains how it violates the fundamental rights of the wife, and makes the case for reconceptualising the right to privacy and scrapping the provision for restitution of conjugal rights.

THE Hindu Marriage Act, 1955 provides for ‘restitution of conjugal rights’ (hereinafter, RCR) in its Section 9 which reads, “When either the husband or the wife has, without reasonable excuse, withdrawn from the society of the other, the aggrieved party may apply, by petition to the district court, for restitution of conjugal rights…”. The provision for RCR exists for followers of other religions as well, either by the statute that governs their marriage (such as Chapter VII of the Divorce Act, 1869 for Christians) or by uncodified personal law (for Muslims).

A decree of RCR by the court essentially compels the withdrawing partner to cohabit with their spouse. The provision is a colonial import with ecclesiastical roots, and was first used in India in the case of Moonshee Buzloor Ruheem v. Shumsoonissa Begum 11 Moo Ind App 55 in 1867. RCR was eventually added as a provision to several Indian statutes: Section 22 of the Special Marriage Act, 1954, Section 36 of the Parsi Marriage and Divorce Act, 1969, in addition to the Hindu Marriage Act, 1955.

However, the incorporation of RCR in statutes post-Independence was not without some protest. For instance, politician and Indian independence activist J.B. Kripalani had expressed his dissent by noting that the provision was “physically undesirable, morally unwanted and aesthetically disgusting…”.  Interestingly, the United Kingdom did away with the provision through Section 22 of its Matrimonial Proceedings and Property Act in 1970 after its Law Commission recommended the abolition of RCR in 1969 even as it continues to remain a valid remedy for aggrieved spouses in India.

RCR was struck down in India for violating Fundamental Rights

In 1983, the provision of RCR was challenged for violating fundamental rights before the Andhra Pradesh High Court in the case of T. Sareetha v. T. Venkata Subbaiah (AIR 1983 AP 356). In its judgment therein, the court observed that RCR was a ‘savage and barbarous remedy’ and found it to be violative of the fundamentals rights of citizens under Articles 14, 19 and 21 of the Constitution of India. In the court’s view, by coercing couples to resume their matrimonial home, the provision essentially forced an unwilling partner to engage in sexual intercourse, and was an affront to the sexual and reproductive autonomy of the individual, thereby violating the guarantees to life, personal liberty, human dignity and decency.

Article 21 confers on us the right to privacy. The High Court observed that this right is not lost simply by marital association. The court relied on American Jurisprudence to hold that the choice of begetting a child is also part of the right to privacy. It quoted from the landmark United States Supreme Court decision in the case of Eisenstadt v. Baird, 405 U.S. 438 (1972): “If the right of privacy means anything it is the right of the individual, married or single, to be free from unwanted governmental intrusions into matters so fundamentally affecting a person as the decision whether to bear or beget a child”.

The court went beyond a formalistic understanding of RCR, which, ostensibly, is a remedy that is non-discriminatory because it is equally available to both the husband and the wife, and was instead alive to the fact that mandatory cohabitation had disproportionate consequences for women. It wisely observed:

“…by enforcing  a decree for restitution of conjugal  rights the life  pattern  of the wife is likely  to be altered irretrievable whereas the husband’s can remain almost as it was  before this is so because it is the wife who has to beget and bear a child.”

Therefore, the Court used the test of ‘direct and inevitable consequence’ in its examination of RCR. This is remarkable for its time. Legal scholar Tarunabh Khaitan has argued that courts in India have lagged in incorporating this test and have continued with a more formalistic framework to examine whether Article 14 has been violated. Many provisions, such as RCR, may not ostensibly be discriminatory but would be so in their ultimate result, and yet might escape scrutiny by courts if a consequence-based approach is not adopted.

Perhaps one of the strongest arguments that can be made in favour of RCR is that in our social context where a sizeable proportion of women continue to be financially and socially dependent on their husbands, a decree by the court to resume cohabitation would prevent errant husbands from abandoning their wives. However, the Andhra Pradesh High Court noted an important aspect of how RCR plays out in real life:

“…(this) matrimonial remedy is found (to be) used almost exclusively by the husband and is rarely resorted to by the wife [emphasis added]. A passage in Gupte’s “Hindu Law in British India” page 929 (second edition) attests to this fact. The learned author recorded that although “the rights and duties which marriage creates may be enforced by either spouse against the other and not exclusively by the husband against the wife; a suit for restitution by the wife is rare.”

Also read: ‘Restitution of conjugal rights’ is an archaic, unconstitutional law and its time is up

Unfortunately, other High Courts disagreed with the T. Sareetha judgement. Ultimately the Supreme Court upheld the validity of RCR.

In Harvinder Kaur v. Harmander Singh Choudhry (AIR 1984 Delhi 66), the Delhi High Court observed that the object of RCR was to restore cohabitation of spouses which did not necessarily imply sexual intercourse. It noted, “Cohabitation does not necessarily depend upon whether there is sexual intercourse between the husband and the wife. ‘Cohabitation’ means living together as husband and wife…” Therefore, in the Court’s view, since refusal to sexual intercourse could not by itself constitute grounds for RCR, the court in T. Sareetha has proceeded on a faulty premise.

The Supreme Court in the case of Smt. Saroj Rani v. Sudarshan Kumar Chadha (1985 SCR (1) 303) ultimately sided with the Delhi High Court in its interpretation of what constituted cohabitation, and upheld the validity of section 9 of the Hindu Marriage Act. This is how the law stands today: RCR continues to remain constitutionally valid.

This leads to two problems. First, since marital rape is not an offence in India, if the husband, upon securing a decree of RCR against the wife, forces her to have intercourse against her will, she is left helpless and without any legal remedy.

Second, the conception of the object of RCR in Harvinder Kaur sits at odds with what constitutes ‘cruelty’, which is a legal ground for divorce. Indian courts have consistently held that refusal to participate in sexual intercourse with one’s spouse would enable the other spouse to seek divorce on grounds of ‘cruelty’.

If RCR is valid because it is not just about sex (like the Delhi High Court in Harvinder Kaur had held), what explains the primacy attributed to the denial of sex as valid grounds for divorce? In other words, if sex is so essential to marriage that withdrawal from it is grounds for divorce, how could the court assert that sex will not be a natural consequence of resumption of conjugal relations by a decree of RCR?

Also read: Supreme Court issues notice to Attorney General on a plea challenging the constitutional validity of restitution of conjugal rights under the Hindu Marriage Act and Special Marriage Act

Rights of individuals are often subsumed under a broader familial unit that the state is interested in preserving, even at the cost of the former. For instance, the Delhi High Court, in its Harvinder Kaur judgement, had notoriously observed:

“Introduction of constitutional law in the home is most inappropriate. It is like introducing a bull in a china shop. It will prove to be a ruthless destroyer of the marriage institution and all that it stands for. In the privacy of the home and the married life, neither Article 21 nor Article 14 have any place.” [emphasis added]

Notably, around the same time as the T Sareetha and Harvinder Kaur judgements were pronounced, American radical feminist legal scholar Catharine MacKinnon, in a seminal essay titled ‘Feminism, Marxism, Method, and the State: An Agenda for Theory’ argued that the law, by choosing to not enter the realm of family under the garb of “privacy”, only reinforces existing power dynamics within it, which is invariably in favour of men in a family.

Curiously, the United Nations Human Rights Council passed Resolution 29/22 in 2015 that sought to protect the rights of the family. The countries that voted for the resolution included, among others, Algeria, Bangladesh, Kenya, Kazakhstan, Nigeria, India, United Arab Emirates, Saudi Arabia, and Pakistan, whereas countries such as France, Germany, Ireland, Japan, Netherlands, South Korea, United Kingdom, and the United States voted against the resolution.

If we are to pave the way towards a rights-based jurisprudence, privacy must be conceptualised at the level of an individual. RCR would have no place in such a conceptualization.

(Shivank Singh is studying law at the Jindal Global Law School at the O.P. Jindal Global University. The views expressed are personal.)