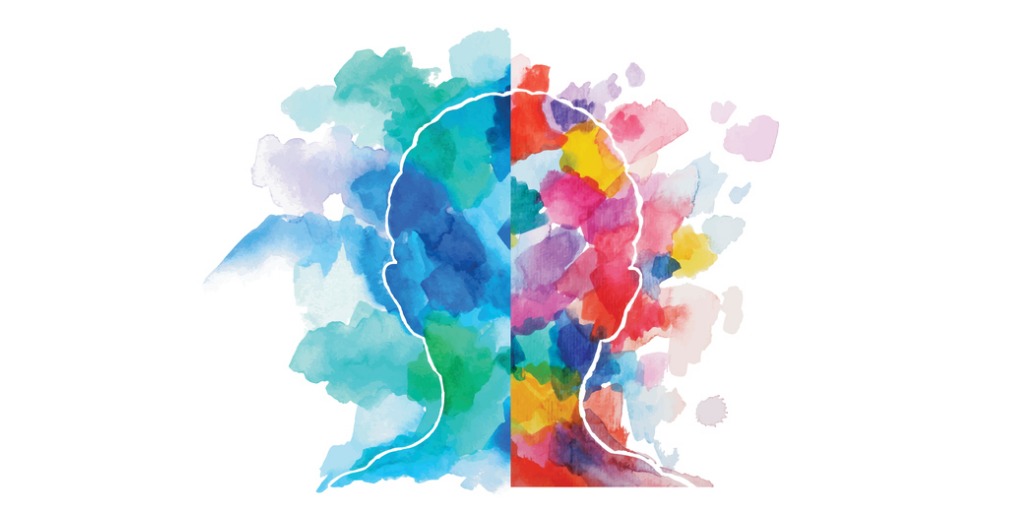 Coronavirus and the LawHealth RightsHuman Rights

A Mental Health Crisis As Is: A Fall-Back Plan

The COVID-19 crisis is certainly going to be remembered as one of the worst challenges to human civilization in the coming years. The world has to particularly prepare themselves to be able to handle an imminent mental health crisis, writes Advocate Niranjan Deshpande.

THE Coronavirus pandemic brings with it, large-scale behavioural change and places significant psychological burdens on individuals, the isolation, anxieties, social distancing and paranoia in and the around domestic spheres with 20% spike. Now, a Suicide due to corona is a possibility, with an Indian guy being the first.  Professionals have warned about suicide due to corona as a rising problem.

Metal health of the Marginalized

The Homeless persons with Mental illness, women though vulnerable to the most difficult risks, remain last in the queue, in the times of crisis. The access to essential supplies, transit accommodation and food supplies though opens a paradigm for survival but if the situation is really unfolded with paranormal lense, the crisis has forced the persons with special needs into an unanticipated mental health crisis. However, the quality of life was strongly associated with unmet needs in the area of mental and physical health and rehabilitation and not related to satisfaction with the services.

Food insecurity predicts psychological distress in poverty. An important factor for those who can’t buy food or avail middle-class resources during disasters. Psychologists[1] have said that the availability of public healthcare, medical resources, social support, and self-control are strong protective factors against declining mental health emerging from pandemic lockdowns and quarantines.

Mental Health and the Law

Chapter V on ‘Rights of Persons with Mental Illness’ guarantees the right to access mental healthcare, the right to community living, the right to protection from cruel and inhuman and degrading treatment, the right to equality and non-discrimination, and the right to information and confidentiality. These provisions are compliant with the UNCRPD.

The Mental Health Care Act, 2017 stresses upon the fact that Homeless persons with mental illness (HPMI), and puts the onus on to the police officials to take such persons under protection who the officer believes a) to be a risk to himself or others by reason of mental illness b) wandering and has reason to believe has a mental illness and is incapable of taking care of himself; And report to the nearest public health facility within 24 hours, who then is responsible for the needs of the person with mental illness to be addressed.

The Act provides for only three remedies to persons with mental illness. Firstly, an application before the Mental Health Review Board under Section 77, which are yet to be taken shape in full force given the Draft Rules under the Act hasn’t seen the eyes of the law in all states when it’s been more than 2 years since the Act is enacted. Secondly, action on the information received by the Police under Section 101(2) of the Act by reporting it to the Magistrate, and Magistrate then on appearance is required to decide. Thirdly, a robust mechanism for homeless persons with mental illness.

The provision, however, comes with its own difficulties. The Supreme Court order dated 5th May 2010 passed in Writ Petition No. 196 of 2001 as well as orders passed in PIL No. 53 of 2013 pending before High Court, Mumbai directed that that for states having a population of more than five lakh, night shelters with a ratio of one-night shelter per lakh be established. As per the census of 2011, the city of Mumbai has a population of 1.2 crores and accordingly 127 shelters should be established and running of which the Mumbai city has only 7, as of 2020.

The 2018 objectives of the Shelter for Urban Homeless (SUH) component of DAY-NULM scheme are to cater to the needs of especially vulnerable segments of the urban homeless like the dependent children, aged, disabled, mentally ill and recovering gravely ill, by creating special shelter within homeless shelters and provisioning special service linkages for them. Today, it’s alarming to know that the mortality and susceptibility to diseases are higher in the elderly who lack family support making them a vulnerable population.

The Act provides for the appointment of a nominated person under Section 14. The duties of a nominated representative are mentioned in Section 17 which states that “while fulfilling his duties under this Act, the nominated representative shall consider the best interest of the person with mental illness.” As mentioned earlier, the GC-I requires a shift from ‘best interest’ to ‘will and preference’. Therefore, the Act’s continued reliance on the ‘best interest’ as opposed to the ‘will and preference’ is in contravention of the UNCRPD and the GC-I.

The intent of the legislature under the Rights of the Persons with Disability Act, 2016 in treating the persons with mental illness, issuing them certificates to affect the social security for them is lost under the Section 17 of the Mental Health Care Act, 2017 the moment it relies upon the best interest as derived by the nominated person instead of the will and preference under UNCRPD and the GC-I.

The two key support mechanisms provided in the Act are ‘advance directives’ and ‘nominated person.’ both of these are criticized as the mechanisms falling short of compliance under the UNCRPD.

The court in its judgements time and again reiterated that the mental health of accused in prisons shall be considered at par with Article 21 of Constitution of India, 1950. The court in Navtej Sing Johar  held that “More importantly, mental illness shall not be determined on the basis of non-conformity with moral, social, cultural, work or political values or religious beliefs prevailing in a person’s community” relying upon the provisions of Mental Health Care Act, 2017. Importantly, the court further observed that the definition of “Mental illness in our statute has to keep pace with international notions and accepted medical standards.” The Supreme court in the case of Eera V.  State rejected the contention that mental age is to be considered for an adult person who is mentally retarded to be tried under the POCSO Act.

Article 12 of the International Covenant on Economic, Social and Cultural Rights (“ICESCR”) recognizes the right of all persons to the enjoyment of the highest attainable standard of physical and mental health:

“The States Parties to the present Covenant recognize the right of everyone to the enjoyment of the highest attainable standard of physical and mental health.” Article 12.2 requires States Parties to take specific steps to improve the health of their citizens, including creating conditions to ensure equal and timely access to medical services. In its General Comment No. 14, the UN Economic and Social Council stated that States must take measures to respect, protect and fulfil the health of all persons.

As early as 1948, the World Health Organization (“WHO”) defined the term ‘health’ broadly to mean “a state of complete physical, mental and social well-being and not merely the absence of disease or infirmity.”

WHO in its press release issued a message to address the situation for older adults, especially in isolation and those with cognitive decline/dementia, may become more anxious, angry, stressed, agitated and withdrawn during the outbreak or while in quarantine. And it is required that they are provided with practical and emotional support through informal networks (families) and health professionals. Elders who are mistreated face negative consequences, including higher mortality risk when compared to non-mistreated peers. Factors such as childhood physical abuse or neglect, depression, and dependence on others for activity of daily living assistance make elders vulnerable to mistreatment.

The Medical Opinion and the treatment of Mental Health Crisis

Psychologists[2] have suggested that isolation is the precipitative response of the broad risk factors for drugs, suicide, violence, illness, mortality, etc. like loneliness, lack of stable relationships, etc. can drive the point. It is further opined that emergencies and disasters can strain these factors. A study conducted by the Household Income and Labour Dynamics in Australian (HILDA) survey suggested that the increased psychological distress can increase the risk of poverty pushing people over the edge.

Indian Psychiatric Association, National Institute of Mental Health and Neuro-Sciences (NIMHANS) and other voluntary organisation though have come up with the helpline to address concerns of patients with mental illness the effective mechanism to deal with the rising spike of cases is missing. A vital question about – the number of professionals is small and lay-people don’t have quick access to this information. A Release of GBD on Mental Health Disorder by Indian Council for Medical Research[2]suggests that in 2017, 197.3 million Indians (14.3% of the total population) were suffering from various mental disorders. Of these, 45.7 million had depression and 44.9 million had anxiety disorders. Depression contributed 33.8% of all mental disorder DALYs in India in 2017, followed by anxiety disorders (19.0%), idiopathic developmental intellectual disability (10.8%), and schizophrenia (9.8%).

Conclusion – Towards seeking a happier world

The position statement of Indian Psychiatric Association calls for restructuring the psychiatric care provided by local language online counselling, raising psychologists/psychiatrist per person ratio, the establishment of special shelter homes with special arrangements for persons with special needs such as women who are domestic violence abuse, homeless, disabled, and building special wards in private and public hospitals. In developing countries people’s perception of their need satisfaction is similar to their actual need satisfaction which brings to a solution – listen to what the poor are saying about their lives and act accordingly.  Also, the development of an outreach program with Government Agencies and NGOs to reach the last persons in cue and most vulnerable to risk by dissemination of evidence-based mental health activities will act effectively in times of crisis. The satisfaction of the above can iterate the tragic positivity in all of us.

[Niranjan is a lawyer at Human Right Law Network, Mumbai]