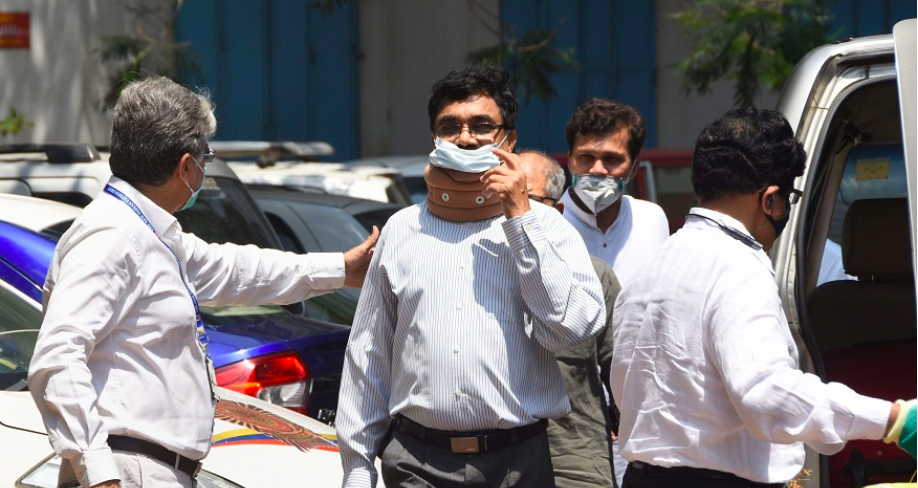 The extension of surrender on the grounds of COVID 19 for Professor Anand Teltumbde and Gautam Navlakha was rejected by the Supreme Court on April 8.

Ironically, Prof Anand Teltumbde, who is also the grandson-in-law of Dr B R Ambedkar surrendered before the NIA in Mumbai on April 14, which happens to be the 129th birth anniversary of Dr Ambedkar. Gautam Navlakha surrendered on the same day in NIA New Delhi. Teltumbde’s was remanded to police custody for four days on April 14 and Navlakha for seven days on April 15.

The provision of holding a person in police custody is defined under section 167 of the Criminal procedure Act and under section 43D of the Unlawful Activates (Prevention) Act under which Teltumbde and Navlakha have been arrested.

There are various safeguards stipulated under the Code for keeping someone in Police Custody as violations of human rights of the accused persons during police interrogation is commonplace. Also,  as a general practice, police custody is frowned upon. This is under “normal circumstances”. However, if the court had granted judicial custody to Teltumbde, what would be the repercussion?

Authorities of Taloja Jail (where seven other right activists arrested under the same Bhima Koregaon Conspiracy Case have been lodged) have written to the various district courts, including the Sessions Court in Mumbai, requesting them to not send any more inmates in the jail due to overcrowding and community spread of COVID-19. Taloja Jail has a capacity to house 2124 inmates but has currently crossed 3000. Arthur Road Prison, which houses 3179 inmates despite having a capacity of only 805, had stopped admitting new inmates and directed them to Taloja Jail since mid-March. Under this catch-22 situation, a person arrested has a choice between subjecting themselves to police interrogation and the fear of contracting the deadly infection.

Both Teltumbde and Navlakha are senior citizens. COVID-19 is particularly dangerous for older people. By arresting them under these pressing situations, the government and court have adjected from their respective responsibilities of safeguarding the citizens of the country. Both have been arrested in an FIR registered in January 2018. They have been protected from arrest since August 2018. They have cooperated with the investigation. One wonders what would have happened it their arrest had been deferred for a few more days.

The Supreme Court on March 23, taking suo-moto cognizance of the pandemic addressed the terrible conditions in prisons and gave orders to release immediately undertrials and convicts to address over-crowding. Not many days after the order, Rajasthan High Court, on March 31, refused to hear bail, stating that it was not “urgent”.

What is “urgent” is debatable. Rajasthan High Court while delivering the order, stated:

“At the time when there is a complete lockdown the bail applications, Appeals under SC/ST Act, applications for suspension of sentence cannot be considered to be of extreme urgency”.

Taking a cue from Rajasthan High Court, Bombay High court went a step further and passed an ex-parte order on April 3 in which a Single Bench headed by Justice Badar stated:

“Because of the lockdown declared by the State, as mentioned in the foregoing paragraph, all offices, including offices of the Court, are virtually closed. By deputation of bare minimum staff extremely urgent business is being transacted. Processing a bail order and consequent release of an accused/convict, as such, virtually amounts breaching the order of complete Lockdown. Putting several employees and officers to work, may put them to the risk of contracting COVID-19.

On one hand, COVID-19 is being used as a pretext to not hear bail hearing curtailing the liberty of an individual, and on the other hand, arresting people without any remedy. This emergency, like all emergencies in this country, instead of strengthening citizens’ rights and protecting them, it has become another pretext for violating the peoples’ basic fundamental rights.

[Kritika is a practising criminal lawyer in Bombay Sessions Court]