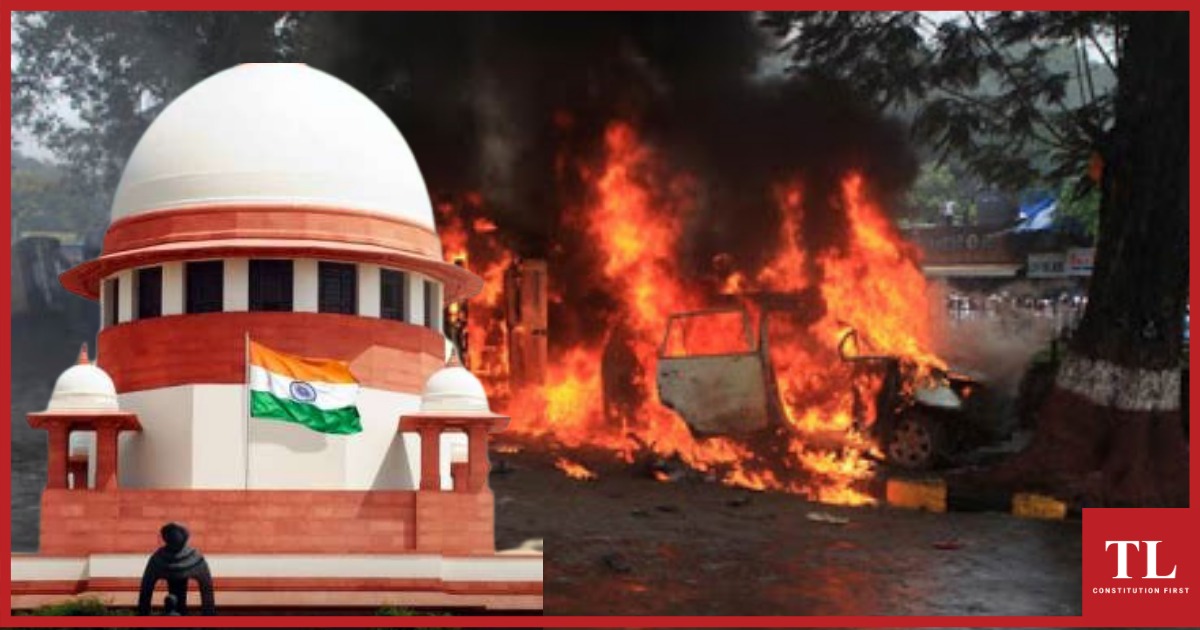 A 60-year-old woman and a 17-year-old minor girl from West Bengal have approached the Supreme Court alleging that they were raped by All India Trinamool Congress (TMC) workers for having supported the Bharatiya Janata Party (BJP) in the 2021 West Bengal Assembly elections.

The 60-year-old woman has contended that she was raped in front of her 6-year-old grandson, by the supporters of the ruling party on the night intervening 04.05.2021 and 05.05.2021, and is a glaring living example of the nature of post-poll violence that was unleashed by the members of TMC in the state against family members of all those who opposed them during the assembly elections.

After raping her and before leaving the house, they looted all her belongings, gold earrings, gold ring, the plea states.

The plea adds that after a span of eight days, the petitioner was finally admitted to Apollo hospital in Kolkata on 13.05.2021 where she was treated and her medical report confirmed the rape.

The rape survivor has demanded the transfer of her case to an SIT or an independent agency to be monitored by the Supreme Court.

A 17-year old minor belonging to the Scheduled Caste community has alleged that she was gang-raped on May 9, by members or supporters of the TMC. She states she was attacked and gang-raped solely for her family’s political affiliations and religious beliefs.

The plea states that although an FIR has been registered, the petitioner’s parents are not being allowed to meet her and one of the accused persons has still not been arrested by the police. She has also sought the transfer of her case to an SIT and outside West Bengal.

Another plea has been filed by a widow of a person who died in post-poll violence alleging that there was a rape attempt on her. She sought protection for her life and her family members and a fair investigation into the murder of her husband as well as the attempt to rape her by the members or supporters of the ruling party.

“That such is the vengeful nature of the violence that has ensued in the aftermath of the Assembly elections in the State of West Bengal, that the applicant’s husband, who unfortunately in exercise of his democratic right, campaigned and supported the candidate of a particular political party during the assembly election, was subsequently identified and assaulted with axes in broad day light on 14.05.2021 and the present applicant was made to helplessly witness the assault on her husband and her brother-in-law, while she herself was struggling to survive the rape attempt by two members of the same violent mob, which was led by a local elected representative. The applicant’s husband subsequently passed away on 16.05.2021”, the plea states.

All these applications have been filed in the main petition seeking the constitution of a Special Investigation Team (SIT) to probe the incidents of political violence and “targeted” killings that followed the assembly poll results in the state and to determine whether the state machinery was complicit with the perpetrators of the violence.

The Supreme Court on May 18 had issued notice to the West Bengal government in the main petition. Besides, a five-judge bench of the Calcutta High Court is also seized of the issue of post-poll violence.