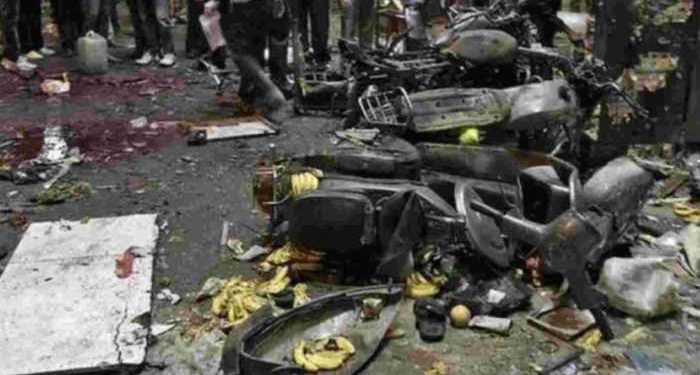 MORE than 13 years after the devastating Ahmedabad serial bomb blasts, a special court has sentenced 38 persons to death, with 11 other convicts being sentenced to life in jail till death.

A total of 78 accused persons, who hailed from various states, were on trial for the case.

A Special Court was appointed in 2008 for speedy trial in the matter; however, it took almost 14 years to finally reach a verdict.

The trial had ended on September 2 last year.

According to Public Prosecutor Arvind Patel, this verdict marks the highest number of death sentences awarded to the convicts in a single case.

On July 26, 2008, multiple bomb blasts had been set off in Ahmedabad, killing 56 people and injuring over 200. A total of 21 explosions were witnessed over the span of about two hours. The attack sites included a government-run civil hospital, the privately-run LG Hospital, buses, bicycle parking, cars and multiple other places. Indian Mujahideen, a terrorist militant organization which is a faction of the banned Students Islamic Movement of India, had claimed responsibility for the attack.

Thirty-five different cases against the accused were merged in the trial.  Twenty first information reports were lodged in Ahmedabad, 15 more recorded in Surat. Before the Special Court Judge, 1,130 witnesses were examined, with 26 out of them marked as star witnesses. The court and the government put in place special provisions for the protection of their identities.

The 49 convicts sentenced were held guilty under Section 302 (punishment for murder) of the Indian Penal Code [IPC], along with Section 10 (penalty for being member of an unlawful association, etc) and Section 16(1)(a)(b) (punishment for terrorist act) of the Unlawful Activities (Prevention) Act [UAPA]. Additionally, a fine of Rs 25,000 was imposed for each of the three offences on all the convicts. Furthermore, all the 49 convicts were held liable under Section 20 (punishment for being member of a terrorist gang or organization) of UAPA, Section 3 (punishment for causing explosion likely to endanger life or property) of the Explosive Substances Act, and Sections 124A (sedition) and 121A (conspiracy to wage, or attempt to wage war, or abet waging of war, against the Government of India) of the IPC. All the sentences will be running concurrently.

Mohammad Usman Agarbattiwala, the only convict found guilty under Section 25(1)(B)(a) of the Arms Act, was awarded a year of imprisonment under this section. He has been directed to pay Rs 2.88 lakhs, while the rest will be paying Rs. 2.85 lakhs.

Compensation of Rs 1 lakh has also been provided by the Court to the kin of the victims who lost their lives to the attack, Rs 50,000 to those who were grievously injured, and Rs 25,000 to the victims with minor injuries.

The case was presided over by nine judges over the years; special judge A.R. Patel took charge of the trial in 2017 and delivered the verdict. Out of the 78 accused, 49 have been convicted and 28 acquitted. One accused named Ayaz Saiyed, in 2019, agreed to become an approver, and was pardoned for all the charges.  The prosecution had claimed that the terrorist strike was motivated to avenge the atrocities that occurred against Muslims during the infamous 2002 Godhra riots.