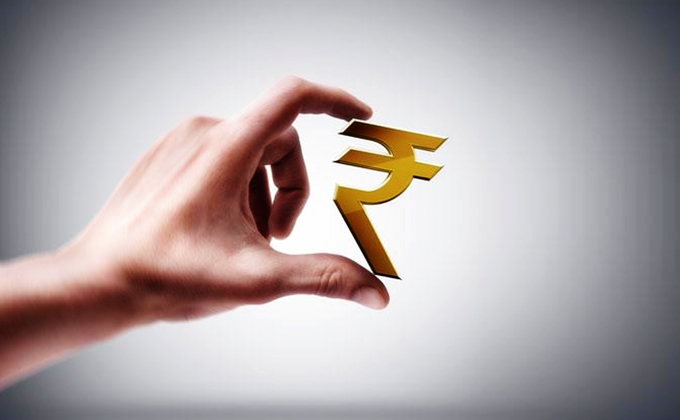 The 15th Financial Commission has not only failed to address but has also aggravated the country’s increasing tendencies towards fiscal centralisation in its latest recommendations. When combined with the failures of the GST and the economic catastrophe caused by Covid-19, this could lead to a potential financial crisis for the state governments along with a decrease in their independence to decide their own priorities for budgetary allocations, writes DR. C. P. CHANDRASHEKHAR.

THE headlines suggest that the 15th Finance Commission (15th FC) has not let down the states when deciding on their constitutionally mandated share in the divisible pool of the centre’s tax revenues over 2021-26.

It has more or less stuck with the 14th FC’s recommendation to set the states’ share at 42 per cent, reducing it by just 1 per cent to take account of the conversion of Jammu and Kashmir from a state into two union territories. It has decided to drop reliance on a combination of 1971 and 2011 population figures when deciding on the relative shares in the devolved taxes of different states.

However, it has partly met criticism that sole reliance on the 2011 population figures would discriminate against states such as Kerala that have a better record of controlling population growth and reducing their share in the national population.

It has added to the 2011 population figures a demographic criterion that favours states that have reduced fertility rates to lower levels.

Finally, it has continued with the practice of providing some states with revenue deficit grants to take make up for shortfalls in receipts relative to projected expenditures as a result of the horizontal devolution formula, with Rs. 2.95 lakh crore allocated to 17 states.

These moves to stay at or close to the criteria for vertical and horizontal devolution of its predecessors, make the 15th FC’s report appear benign, more so given the controversies that accompanied the release of its terms of reference.

Aggravation of States’ Fiscal Crisis due to GST

However, lurking behind them are issues that point to a failure to redress, and to even intensify, tendencies towards fiscal centralisation that are pushing state government down a fiscal cliff.

The Commission’s deliberations occurred at a time when a combination of a lenient direct taxation stance, a botched transition to a revenue contracting Goods and Services Tax (GST) regime, an aggressive effort at centralisation of fiscal and economic policies and voluntary or enforced fiscal conservatism had put the states in a fiscal bind.

The fiscal strain had made it difficult to allocate resources to finance routine, unavoidable and discretionary spending decisions. That strain has been aggravated by the failure of the GST regime, nearly four years since its implementation, to generate the expected revenues even in normal times, let alone in a crisis year like 2020-21.

With the period over which the states are to be compensated for any shortfall in GST revenues relative to a projected 14 percent annual increase in receipts ending in March 2022, the prospect of an unmanageable fiscal crisis at the state level is real. The Commission should, therefore, have considered ways in which that crisis could be mitigated.

Deciding on resource devolution in this context was made more difficult because of a neoliberal turn in the approach adopted by consecutive FCs in recent decades. This is reflected in the position that while the FC cannot dictate what should be the magnitude and the manner of mobilisation of the government’s tax revenues, it must press for fiscal prudence by prescribing stringent targets for the fiscal deficit over the period for which its recommendations apply.

This makes the task of meeting minimum requirements and reasonable demands of the state governments much more difficult. Rather than addressing that problem, the 15th FC has inclined towards favouring the centre, by implicitly endorsing the central government’s tendency to adopt fiscally adverse, neoliberal policies and make up for the revenue loss by depriving states of revenues as a means to shore up the centre’s own fiscal position.

Having peaked at Rs 7.6 lakh crore in 2018-19, the sum devolved to the states by the centre contracted significantly over the next two years. And though the 15th FC optimistically forecasts transfers to rise to Rs 6.7 lakh crore in 2021-22, that figure is below the level touched even in 2017-18.

The tendency of the central government to opt for business-friendly, neoliberal fiscal measures that would aggravate the fiscal crisis was illustrated by its decision in September 2019 to dole out corporate tax concessions in the middle of a recession.

It could be argued that the financial decisions of this kind affect the centre as well. But the decision to forgo revenues to reward big business was taken by the centre without consultation with the states.

Moreover, the centre has means of compensating itself by drawing on special dividends from the Reserve Bank of India, selling public assets to mobilise receipts, and hiking its borrowing by keeping fiscal deficit targets in abeyance. Budget 2021 has unashamedly declared that the sale of existing public assets through disinvestment, strategic sales and monetisation of assets would be the way to finance budgetary expenditures.

State governments do not have some of these options, and limited public assets to sell, even if they choose to follow the centre down that irrational neoliberal route. Indeed, it is not the remit of the FC to determine the fiscal manoeuvres that the centre may adopt. But if those manoeuvres erode the revenues needed to ensure that the states obtain enough resources to meet the responsibilities that the constitution has devolved on them, then by ignoring or supporting them an FC is failing to underline what makes it difficult for it to ensure a fair vertical and horizontal devolution award.

Reflecting its bias towards the centre, while the 15th FC does not take account of the revenue loss the former’s policies have resulted in, it has included in its formula for determining the sharing of devolved resources among the states a new tax-effort criterion, captured by the three-year average of per-capita own tax revenues and Per-Capita Gross State Domestic Product (GSDP). While a state’s share is linked to its tax performance, the centre’s tendency to forego tax revenues when spending is at a premium that is passed by.

Increasing Role of Cesses and Surcharges in Centre’s Revenue Stream

The 15th FC’s failure to critically examine the tax record of the centre is reflected quite starkly in its position, or the absence of one, on the centre’s growing reliance on cesses and surcharges to subvert the awards of past FCs and make up for the fiscal losses it (the centre) suffers on account of its neoliberal manoeuvres. Since revenues from cesses and surcharges are not required to be shared with the states, an increasing reliance on them reduces the share of the centre’s tax revenues that accrue to the states.

As a proportion to gross tax revenues of the centre, collections from cesses and surcharges have almost doubled from 10.4 percent in 2010-11 to 19.9 percent in the budget estimate for 2020-21. Overtime while the gross tax revenues of the centre as a proportion of GDP has shrunk (from 10.4 per cent in 2012-13 to 9.9 per cent in 2019-20), that of cesses and surcharges has risen (from 0.9 per cent to 17 per cent), reducing significantly the resources devolved to the states.

N K Singh, the chairman of the 15th FC, has pointed to the need of a wide consultation on this matter, since “it cannot certainly be the intention of any government, the constitutional experts and the constitutional amendment (of 2000) that whatever is given by the way of the finance commission’s award is neutralised by the simultaneous rise in the incidence of cess and surcharge.” Yet, the commission decided not to address the issue on the grounds that it was not part of its mandate.

Besides this implicit endorsement of central manoeuvres that reduce the volume of resources transferred to the states, the 15th FC’s report has changed the terms of transfer in ways that erode the policy independence of the state government, increases the room for central interference in the determination of state-level priorities and advances a neoliberal economic agenda. The two instruments used for this purpose are (i) to increase the share of resources transferred to the states and local bodies that are tied to areas, sectors or schemes; and (ii) linking transfers to performance criteria that are clearly aimed at imposing neoliberal policies on the states.

Overall, the proportion of grants recommended by the 15th FC and accepted by the centre as of now that are conditional on specified reforms being undertaken is 57 percent, as compared with just 17 percent in the case of the 14th FC.

Grants to local bodies is one of the measures adopted by FCs to ensure adequate devolution to lower levels. In that vein, the 15th FC has recommended grants totalling Rs 4.36 lakh crore for local bodies. However, disbursement of an overwhelming proportion of this sum has been made conditional and tied. States are required to set up state finance commissions to determine state government grants to report on the implementation of recommendations by March 2024. Failing that, local bodies would not receive any further grants.

There are also performance-linked conditions such as notifying floor rates for property taxes, ensuring “consistent improvement in the collection of property taxes in tandem with the growth rate of state’s own gross state domestic product,” and making available online accounts from the financial year 2021-22.

Finally, 60 percent of these grants will be linked to the provision of sanitation and water services. While some of these actions may be desirable, this amounts to depriving states and local bodies of their right to determine their priorities and using statutory devolution as a means of privileging and imposing the centre’s priorities and pet schemes on the states.

The 15th FC has also accepted the centre’s suggestion to set up a non-lapsable dedicated fund to support defence and internal security modernisation. While this is to be partly funded by a Rs 1.53 lakh crore transfer from the Consolidated Fund of India over five years, there is ambiguity over what other resources would be tapped. Given the centre’s claim that the states should share the burden of defence and security, this could open the door to diverting a part of the states’ share of resources to financing this facility.

Finally, the 15th FC has not acceded to the demand of the states that they be permitted to borrow larger sums to meet their immediate fiscal strain, and do so without being subjected to conditions. The base limit for net borrowings of state governments that had, following the Covid crisis, been fixed at 4 per cent of GSDP in 2021-22, is to fall to 3.5 per cent in 2022-23 and touch the Fiscal Responsibility and Budget Management (FRBM) target of 3 percent by 2025-26. The additional borrowing space of 1 per cent offered after the Covid crisis has been reduced to 0.5 percent of GSDP for states, which too is conditional on the completion of power sector reforms.

These features of the 15th FC’s report do point to a bias in favour of the centre that would substantially aggravate the fiscal centralization that has intensified in recent years, Fifteenth Finance Commission is leading to a politically disruptive fiscal crisis affecting all state governments. Not surprisingly, the government has been quick to accept many of these recommendations and would in all probability accept most of the others as well. (IPA Service)