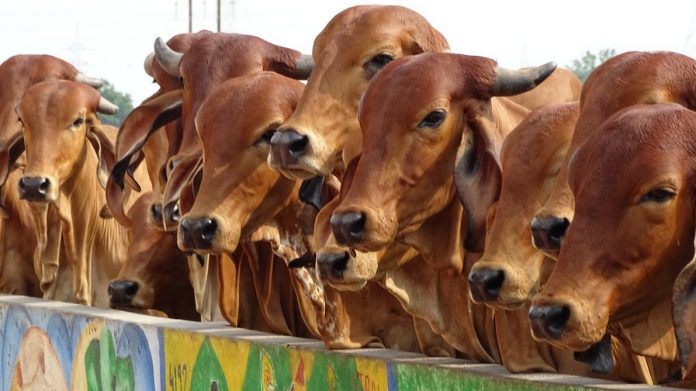 According to the HRW report, approximately 44 people have been killed by extremist cow protection vigilante groups

HUMAN Rights Watch (HRW) in its 104-page report (see below) unveiled the horrors of cow vigilantism in India. The report reflected the impact of the so-called cow protection through vigilantism, on the society, rural economy and on the forthcoming national elections.

In the quest for short term electoral gains and to appease its constituency, the ruling party is stoking the issue of cow protection, without considering the long-term impact that cow vigilantism is likely to have on the social fabric of the country, the livelihood of sections of the rural population and indeed India’s political culture and constitutional values.

According to the HRW report, approximately 44 people have been killed by extremist cow protection vigilante groups. In many instances, the lynch mobs have received the protection of right-wing Hindu local politicians while law enforcement agencies have turned a blind eye.

The HRW report claims: “Between May 2015 and December 2018, at least 44 people—36 of them Muslims—were killed across 12 Indian states. Over that same period, around 280 people were injured in over 100 different incidents across 20 states”.

In #India, a violent campaign against beef consumption. Where is the government's condemnation of these vigilante groups? https://t.co/Da1OgZDV4M pic.twitter.com/1R0k7RvNSc

Communal agenda to polarise religious groups is the main reason why stir-up the cow protection issue. The report asserted that “Members of the Bharatiya Janata Party (BJP), since coming to power at the national level in May 2014, have increasingly used communal rhetoric that has spurred a violent vigilante campaign against beef consumption and those deemed linked to it”.

Cows are considered to be sacred in Hinduism, and slaughtering of cows is forbidden in most parts of India. However, in the past couple of years, cow protection has often been used as an excuse to exacerbate tensions between the religious communities for political gains. The report says, “Since beef is consumed largely by religious and ethnic minorities, BJP leaders, in seeking to appeal to Hindu voters, have made strong statements about the need to protect cows that have enabled, and at times may have incited communal violence”.

#India: Calls for cow protection may have started out as a way to attract Hindu votes, but it has transformed into a free pass for mobs to violently attack & kill minorities.

Effect on the economy

Reflecting on the rise in cases of mob lynching and killing of dairy farmers, especially against Muslims and Dalits, HRW in its report said “vigilante attacks by cow protection groups and stricter laws on cow slaughter and transportation of cattle have disrupted India’s cattle trade and the rural agricultural economy, as well as leather and meat export industries that are linked to farming and dairy sectors”.

The fear of cow vigilantes has forced hundreds of slaughterhouses to shut down, destroying the livelihood of dairy farmers and labourers in the meat and leather industry.

The report says “India is the largest beef exporter in the world, exporting buffalo meat worth about US$4 billion a year. However, after the BJP government came to power in 2014, exports have mostly declined. The leather industry has also been affected, with a government economic survey noting that despite having a large cattle population, India’s share of cattle leather exports is low and declining due to limited availability of cattle for slaughter”.

While accounting the economic impacts of cow vigilantism, the reports note that the country’s rural economy has been disrupted by the vigilante violence, which also hurts many Hindus. The report says “Dalits and Muslims are disproportionately affected by the attacks in the name of cow protection. While slaughterhouses and meat shops are mostly run by Muslims, Dalits traditionally dispose of cattle carcasses and skin them for commercial purposes such as leather and leather goods. However, disruption of the rural economy has affected all communities whether Hindu, Muslim, Dalit, tribal, or nomadic”.

“In some cases, alleged perpetrators enjoyed open political patronage. For instance, BJP minister Jayant Sinha welcomed the release on bail of the men convicted of killing Alimuddin Ansari in Jharkhand in June 2017, following their appeal of the conviction in a higher court. The released defendants had gone to thank Sinha for his legal assistance, where he garlanded them and posed for photographs”, the report claimed.

“It is this moral messaging that spurs lynch mobs in every corner of the country to turn upon their victims with the cruelty and loathing that has penetrated the souls of young people, even children,” said Harsh Mander, the human rights activists, quoted in the report.

Repeated incidents of mob lynching and attacks on people in the name of cow protection are an example of the complete collapse of constitutional values. The secular framework of law is being compromised by the religious outfits to inflame communal passions which are using lawless means of violence to intimidate and punish minorities.

In July 2018, the Supreme Court in Tehseen S. Poonawalla & Ors. v. Union of India & Ors, (2018) 9 SCC 501, issued a series of directives for preventive, remedial and punitive measures to address mob-lynching. The Supreme Court denounced violent attacks by so-called cow protectors, saying “it is imperative for them to remember that they are subservient to the law and cannot be guided by notions or emotions or sentiments or, for that matter, faith”.

Also read: Lynch Nation draws up a matrix of lives and livelihoods mutilated by cow vigilantism

Even after the Supreme Court interfered and passed strict directions, the central and state governments failed to protect minority communities from communal attacks by cow-protection vigilantes. Neither the central nor the state governments took adequate steps to prosecute those responsible for violating the constitutional rights to life, non-discrimination, equal protection of the law, and the right to pursue a livelihood.

After the Supreme Court directed Central and State Governments to publicly make statements and spread the message that “lynching and mob violence of any kind shall invite serious consequence under the law”, the Government should not endorse or be complicit in using religious belief to advance discrimination and perpetrated violence against minority communities.

Even as India attempts to move beyond its rigid caste system, the upper-caste Hindus who abstain from eating meat are increasingly imposing their vegetarian culture on a country where many eat meat and where buffalo is a cheap source of protein for poor Muslims and Dalits.

The current Government policies are going against the constitutional values of equality, equal protection and respect for all lives. Recently, while delivering a speech at an event organised by the Bombay Bar Association, Justice DY Chandrachud said, “When a person is lynched for the food he or she had, it is the Constitution which gets lynched”.