The defence lawyers for the activists argued that organising lecture series in JNU had nothing to do with the Elgaar Parishad and the Koregaon Bhima Shaurya Prernadin Abhiyan.

[dropcap]F[/dropcap]our out of the five arrestees in the Bhima Koregaon case — Sudhir Dhawle, editor of the Marathi magazine Vidrohi and a key organiser of the Bhima-Koregaon Shaurya Din Prerna Abhiyan, Professor Shoma Sen,  the head of the Department of English, Nagpur University and a women and Dalit rights activist, Mahesh Raut, anti-displacement activist from Bharat Jan Andolan and a former Prime Minister’s Rural Development (PMRD) fellow and Rona Wilson,  public relations secretary, Committee for the Release of Political Prisoners — were produced in court on June 14.

The Court extended their police custody for a week. They will now be produced in court on June 21.

The claims on which the police sought extension of the police costody include: one, “discovery of a leaflet” planning to organise a lecture series at Jawaharlal Nehru University (JNU) in memory of the late Maoist leader Navin Babu, who was killed in  2000 in a village near Visakhapatnam during a gun-battle with government forces aimed at “enticing and motivating” students to join the Naxalite movement; two, “recovery of 25,000 GB data” during the searches conducted at their residence and needed time to investigate that data and Rs. 80,000 seized from Rona Wilson’s house.

Advocate Surendra Gadling, general secretary, Indian Association of People’s Lawyers (IAPL), due to his cardiac ailments, was first admitted to the hospital and then transferred to the hospital ward of Yerwada jail of Pune, and for the second time was not produced in court on June 14. Thirty lawyers from Nagpur came to Shivajinagar court in Pune to offer legal help to the five accused and meet Advocate Surendra Gadling. With the permission of the court, three lawyers met him.

His lawyers had filed an urgent bail application yesterday (June 18) which was heard in the court today. Five lawyers appeared for his defence. He is remanded to the police custody up to June 25.

The five were arrested in the early hours of June 6 from Nagpur, Mumbai, and Delhi for allegedly being the “top urban Maoist operatives” in connection to an FIR launched in January for inciting violence in Bhima Koregaon — a town close to Pune in Maharashtra. Thousands of people gathered on December 31, 2017, in Bhima Koregaon to commemorate a 200-year-old obelisk situated where the Mahar regiment of the British army had defeated the brutal Peshwas. The Koregaon obelisk is a symbol of a historic Dalit victory over the high-caste Peshwas.

Ever since Dr B R Ambedkar visited the site on January 1, 1927, every year thousands of Dalits visit the place as a sign of victory and assertion. On January 1, 2018, a mob carrying saffron flags attacked the gathering, resulting in widespread violence across the state and a bandh across Maharashtra was declared against the attack on the January 3.

Allegedly, the violence was incited by Samabhji Bhide, leader of Shiv Pratishthan Hindustan, and Milind Ekbote of Hindu Ekta Aghadi, who are closely associated with the current ruling party, the Bharatiya Janata Party (BJP). The first FIR to be registered was against Sambhaji Bhide and Milind Ekbote. Whereas Sambhaji Bhinde is yet to be arrested, Milind Ekbote was arrested for few days and later released on bail.

Among the five Dalit activists arrested in the garb of being “urban Naxals”, only Sudhir Dhawle’s name is mentioned in the original FIR under Indian Penal Code (IPC). Others names and sections under Unlawful Activities (Prevention) Act were added later.

Susan Abraham, one of the defence lawyers for the accused told The Leaflet, “nothing is happening, it is a diversion to save Milind Ekbote and Samabhji Bhinde. If you paint a Maoist narrative and create this idea of a larger conspiracy than people like them can easily get away.”

She also said that in the remand application, there is no mention of the so-called letter on the “assassination of Prime Minister Narendra Modi”.

Allegedly, some “letters” were discovered from Rona Wilson’s residence which talks about taking “concrete steps to end Modi-raj” and proposed a “Rajiv Gandhi-type plot”.  The letters have been interpreted and reintegrated in the mainstream media despite their validity under question and now it is a matter of sub judice. Even before these pieces of evidence were produced in the court, a media trial to colour the accused has been undertaken, going against the proponents of natural justice and rule of law. 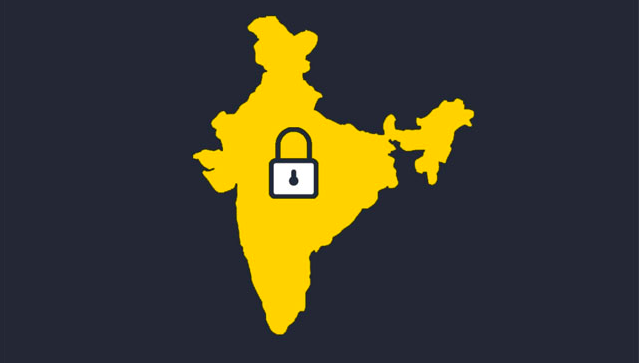