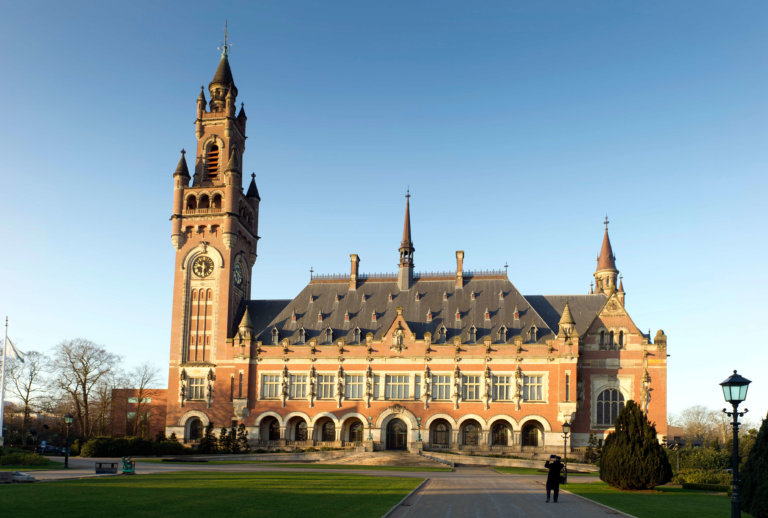 TOWARDS A UNIVERSAL JUDICIAL CONSCIENCE

The International Court of Justice recently passed the provisional order upholding the right to Counselor access for Kulbushan Yadav, a right recognized in Public International Law. We know that Pakistan disputed jurisdiction primarily on the basis of a bilateral agreement, which says that the cases of spies and terrorists will be examined on merits. Justice Dalveer Bhandari points out that far from derogating from the Vienna Convention, the bilateral agreement, even though not registered and hence not binding on the court, actually facilitates access.

What is the next big question? Pakistan could be intelligent and give access. Would the case then come to an end? Or would access open up another Pandora’s Box? I tend to think it will be the beginning and not the end of another, for reasons set out in the judgment of Justice Augusto Cançado Trindade of Brazil.

1. All persons shall be equal before the courts and tribunals. In the determination of any criminal charge against him, or of his rights and obligations in a suit at law, everyone shall be entitled to a fair and public hearing by a competent, independent and impartial tribunal established by law. The Press and the public may be excluded from all or part of a trial for reasons of morals, public order (ordre public) or national security in a democratic society, or when the interest of the private lives of the parties so requires, or to the extent strictly necessary in the opin ion of the court in special circumstances where publicity would prejudice the interests of justice; but any judgement rendered in a criminal case or in a suit at law shall be made public except where the interest of juvenile persons otherwise requires or the proceedings concern matrimonial disputes or the guardianship of children.

According to the judge, the case invokes the “Universal Judicial Conscience” and hence the execution cannot go through, during the pendency of the proceedings. As the press note points out,

“In his view, the “great legacy of the juridical thinking of the second half of the XXth century (…) has been, by means of the emergence and evolution of the ILHR, ( international law of human rights )  the rescue of the human being as subject” of the law of nations, endowed with international legal personality and capacity (para. 30). This was due — he proceeds — to “the awakening of the universal juridical conscience”, — the “recta ratio inherent to humanity, — as the ultimate material source of the law of nations, standing well above the ‘will’ of individual States” (para.30). And Judge CançadoTrindade concludes:

“That outlook has decisively contributed to the formation, inter alia and in particular, of an opinio juris communis as to the right of individuals, under Article 36 (1) (b) of the 1963 Vienna Convention, reflecting the ongoing process of humanization of international law, encompassing relevant aspects of consular relations. Always faithful to this humanist universal outlook, I deem it fit to advance it, once again, in the present Concurring Opinion in the Order that the ICJ has just adopted today, 15.05.2017, in the Jadhav Case. “

What is at stake here is much more than counsellor access. The true question is, why was he tried by Court martial and why not by a competent civil court?

The Indian Army Act, 1950 has no such jurisdiction, to try a foreign national by a court martial, neither a spy nor a terrorist can be court martialled. This sets the bar for fair trials. Will a trial by court martial of a foreign national be in compliance with Article 14 of the ICCPR? And what is more important is that the conviction seems to be based on a confession, nothing else. Given that the basic facts such as from where was he arrested and why are all disputed, Pakistan is going to have to satisfy the court on more than just denial of counsellor access.

Hopefully, the universal judicial conscience will demand a proper trial by a civil court with due representation so that justice is truly done and also seen to be done. This is one trial that the world should be monitoring. But then those who invoke the humanist and universal conscience must also live by it, India may well be called upon to answer for its own human rights record, if not in this case, then in some other cases.