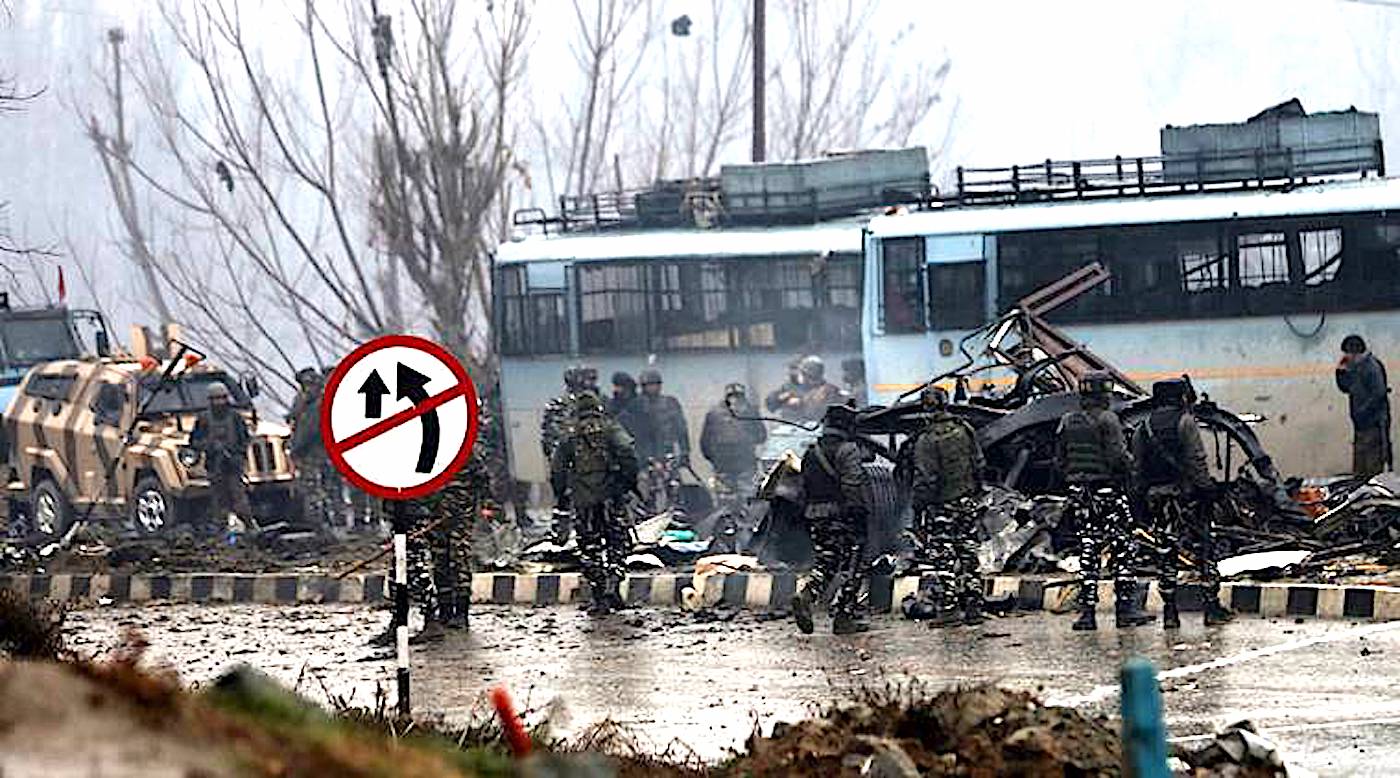 [dropcap]M[/dropcap]Y heart goes out to the families of all the CRPF personnel who lost their lives in one of the most audacious attack by militants on security forces. The suicide attack which occurred on February 14 in Pulwama in South Kashmir killed more than 40 CRPF troops. It also marks a shift in the militant tactics.

Shrill calls for retribution from self-proclaimed defence experts, sundry panelists and the anchors are drowning sane voices. Usual “unka balidan vyarth nahi jayega” or “iska hisab chukta hoga?” etc are being mechanically touted by important persons in the Government as happens after every such incident.

The self-sacrifice of these CRPF jawans will soon be overtaken by some other incident in the news cycle and they will be forgotten till the next such incident again forces our collective conscience to do similar drumbeating.

It is beyond contest that the leadership, the troops on ground, policy-makers, police and everyone else joined together to create this tragedy of errors and they were guilty of criminal negligence leading to loss of precious lives of trained soldiers. Worst part is that CRPF in particular and policy makers and others responsible for controlling the situation refuse to learn from past mistakes and such tragic loss of life keeps recurring with alarming regularity.

It is high time that those responsible for the humungous failure are taken to task and sacked for their incompetence. Let that be a lesson for future occupants of powerful positions that they are there to perform and not to procrastinate and pass the buck.

Starting with the action of CRPF in letting such a large body of troops to travel altogether in a large convoy of 80 vehicles.

I do not have even an iota of doubt that these imported leaders are not up-to the task entrusted to them in command of these specialised paramilitary forces. They must get the sack.

Second is the failure of intelligence. A wireless signal dated February 8 is being touted as proof of intelligence of likely incident being shared with CRPF. But that is a general signal address to everyone in the valley to be cautious against IEDs. This is no intelligence. Perhaps intelligence agencies could do a better job by being more specific.

Unfortunately, the intelligence agencies have started treating basic information as intelligence. They appear to have forgotten the art of collating and analysing information being received from different sources.

Assembly of such large quantity of explosive, purchase of the vehicle, planning for the operation would have taken a lot of time and would have left footprints for our intelligence personnel to identify. There would have been many communications between the suicide bomber and his handler. Why could these not be intercepted?

Is it that the interception apparatus is for use of intercepting the communication and persecution of political opponents only? Intelligence agencies must answer for that.

Failure of the Road Opening Party

The initial reports quoting a CRPF Inspector General of CRPF also had suggested that the explosion was accompanied by firing. If true, it is even bigger failure on part of ROP. This implies that the troops were not dominating the road effectively, task of ROP being to ensure that the road is clear of any threats including threat from small arms fire.

The incident also speaks poorly of the officers responsible to supervise function of the ROP. Had he been doing his duty properly, he would have ensured alertness of ROP and perhaps there was, even if remote chance of preventing the tragedy.

The tragedy also reflects poorly on the standards of training of the troops deployed for ROP. In fact, the training in Central Paramilitary forces has been a casualty for long. Continuous deployment, absence of any reserves including the training Companies and heavy intake of troops in recent past has played havoc with the training systems. Not the least, the IPS leadership assigns no priority to training.

I can recall that in BSF while I was in service, the post of Inspector General (Training) responsible for formulating training policies was used mainly as a parking slot for officers on verge of retirement or wanting a posting to Delhi for personal reasons. Merit was rarely a consideration for filling up this important post. Perhaps same would be the fate of training in CRPF.

The Prime Minister spoke of giving a free hand to the forces but then why did it have to be this massive tragedy for him to realise the seriousness of the situation in Kashmir? Why were the forces made to operate with their hand tied behind their back? Everyone knows that South Kashmir is the hotbed of militancy, then what prevented forces from operating proactively in these areas?

Even if it is conceded that the previous government in J&K was somewhat sympathetic to militants, they are no longer there. It is the Governor’s rule in Kashmir for a few months now, yet the operations did not commence!

The cacophony of voices both official and unofficial blaming Pakistan for the tragedy and illusion that the militants have carried out this operation in “hatasha” or despair smacks of immature understanding of the situation.

While role of Pakistan in fomenting trouble there is beyond doubt, it cannot be said that it is the only reason. Pakistan is exploiting the weaknesses of India’s Kashmir policy to the hilt. We need to urgently address our policies on Kashmir.

Secondly, militants don’t operate out of “hatasha”. They operate whenever they find that the forces have let down their guard. They attack forces at their weakest point after meticulous planning and preparation. The forces therefore cannot afford to let their guard down even for a moment and it is for the commanders to ensure that through adequate training and continuous supervision.

Last but not the least, the paramilitary forces soldiers have to be given their due. Treating them as second class soldier by treating them as civilian employees, depriving them of their pension, and other benefits besides not equipping them with proper equipment like the bullet proof vehicles and jackets etc. seriously compromises their efficiency and morale. This must change.

It is my earnest hope that at-least now the authorities concerned will learn their lessons.

May the departed souls rest in peace.

[Note: The views expressed are the author’s alone and do not necessarily reflect that of The Leaflet.]