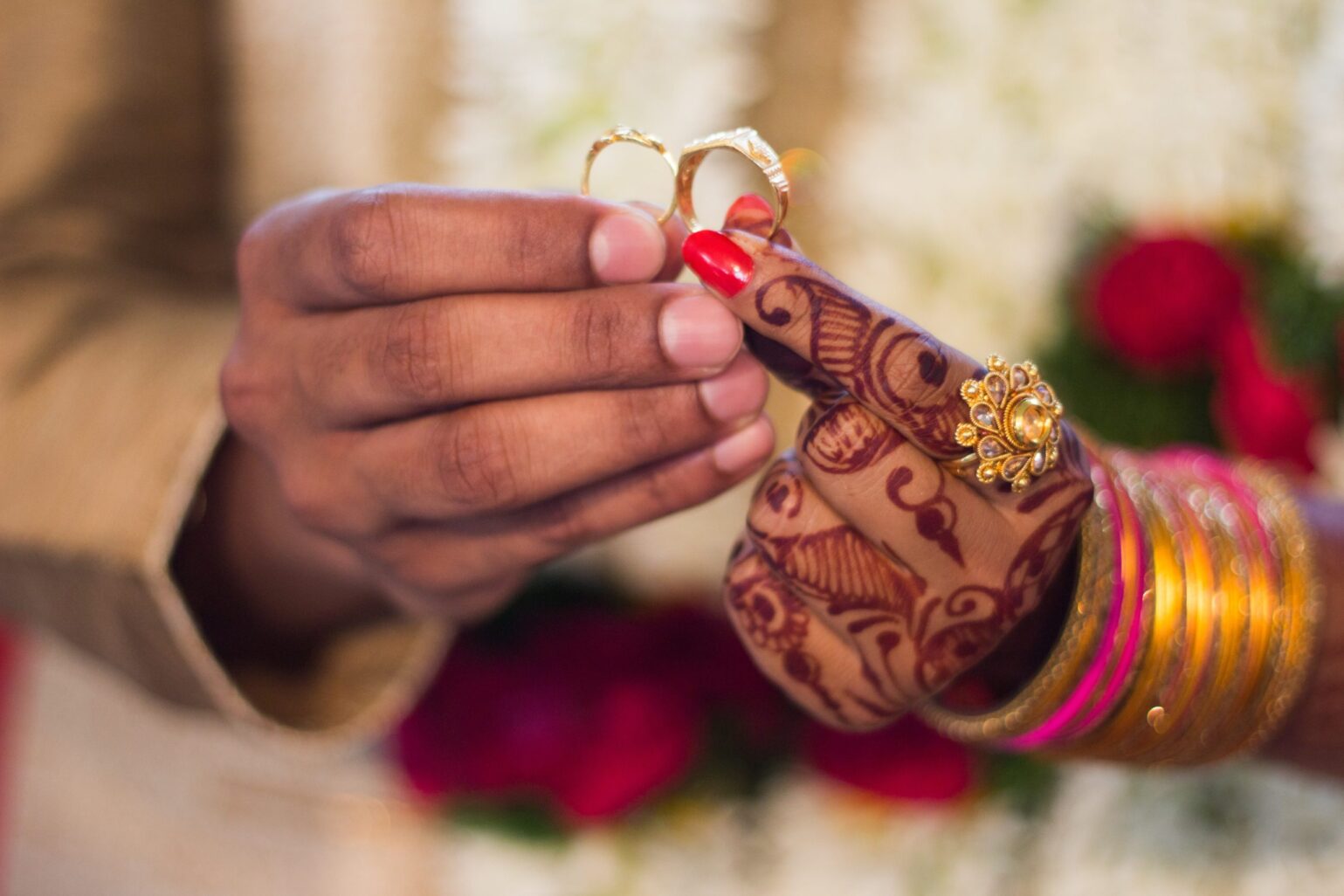 The Trouble with Indian Matrimony: Matchmaker, Make me a Match!

The following sentence by the author perfectly sums up the article “If getting married in India was not the expected way, if arranged marriages were not booming businesses, and if couples made the choice to commit without familial or state interference, we may stumble upon our very own homegrown feminism”.

In July 2020, the popular streaming platform, Netflix, released the reality-documentary show, Indian Matchmaking, to a global audience. The show follows the journey of a Mumbai-based matchmaker who arranges marriage alliances between wealthy families in India and the US. In one scene, Akshay, a Bombay boy, talks about a prospective wife: “If she’s busy with her work, who’s going to take care of the kids and all?”

It doesn’t take much scratching beneath glamorous outfits and sprawling homes to betray the misogyny and casteism that underpins the show. What is disconcerting is not simply the easy acceptance of social conservatism by the young and elderly, not the least by Indian diaspora in the United States. What stands out for Indians is the importance of marital status.

Arranged marriages, the norm in India, are tightly bound within the caste of the bride and groom. In crude forms like matrimonial websites, caste preferences are the main criteria, followed by physical appearance and salary potential. In covert forms, even individuals who choose their own partners, tend to self-censor their options within their own community and class. The focus on similar social background or family compatibility points in the direction of caste that governs our decisions – who we socialise with, who we hire, where we live, and who we marry.

“In covert forms, even individuals who choose their own partners, tend to self-censor their options within their own community and class.”

The notion of arranged marriage has long been considered intrinsic to Indian culture. However, the “marriage marketplace” and forms in which we see alliances brought to fruition are different from what they used to be. Matrimonial websites that are widely employed to find husbands and wives, both for Indians in India and the Indian diaspora, are tailor-made for specific communities, caste and sub-caste categories like Tamil Matrimony, Iyer Matrimony and so on. There are exclusive portals for wealthy patrons like Elite Matrimony.

The search for a suitable partner comprises a specific checklist – caste, community, salary, age, and height. In a study conducted by researchers at the University of Michigan (2019) with empirical data collected from 313,000 profiles from the popular matrimonial website, Shaadi.com, caste continued to form the single most important consideration. Noteworthy in this study is that Indians in the United States were far less open to intercaste marriages than Indians living in India (14% versus 23%).

What are we celebrating?

“Where society is already well-knit by other ties, marriage is an ordinary incident of life. But where society is cut asunder, marriage as a binding force becomes a matter of urgent necessity.”

The pressure on young Indian women and men to be married and consequently “marriageable” is significant.  The question is not whether marriage as an institution is obsolete; it is about what makes it so important in our society in the first place.

The heartwarming book Single by Choice: Happily Unmarried Women (2019) edited by journalist Kalpana Sharma addresses this through personal stories of 13 individuals. The essays written by scientists, journalists, authors, lawyers, academics, and entrepreneurs show women not in want of a husband. Far from the stereotypes associated with single women, the spectrum ranging from loneliness to promiscuity, these women describe fulfilling lives, financial independence, and nurturing bonds with family and friends.

Others have had a more difficult journey. A Revathi in her autobiography The Truth About Me: A Hijra Life Story (2010) written in Tamil and translated by feminist historian V Geetha, speaks about the violence she faced as a transgender woman and difficulty in building her own family life. The marriage that legally recognises only heterosexual couples, do injustice to those who do not conform to gender binaries, making them vulnerable to ostracism and harassment.

“In other words, could marriage, not being the norm, be the feminist balm to soothe age-old wounds?”

In other words, could marriage, not being the norm, be the feminist balm to soothe age-old wounds? Let us picture the best-case scenario of arranged marriages: unions that do not participate in dowry, violence, or coercion of any kind. In these too we find two factors that continue to unsettle feminist or liberal values: first, the need for one to be “married” for family respectability and not simply a choice to live with one’s partner, and second, the perpetuation of caste.

Even if one ignores the patriarchal rituals that sprinkle most weddings in India, one such being the kanyadaan (giving away the maiden) or changing the woman’s name to that of her husband’s, unions that may attempt at equality are compromised to fit into the traditional role of husband-wife, namely, provider and homemaker. This does not encourage the equal sharing of domestic responsibilities or child-rearing, equal importance to the woman’s career, or her free choice of childbearing.

The benefits of this can be profound. It is the way we raise girls and boys to think, question, and develop a wholesome sense of self. It is saving families from unnecessary expenses that see daughters as a burden.  It is equal importance given to the daughter’s education and career, not treated as one waiting to be wed or paraya dhan, not scrutinised and humiliated on account of their weight, complexion or ability to fit in, and men on their height, appearance, salary and so on.

” The relationship with their spouse is built on expectations of traditional duties, rather than the leveler that is a relationship that does not see marriage as the final goal. “

Further, young men in arranged marriages tend to imbibe notions of masculinity from their fathers, with little opportunity to question the merits of gendered responsibilities. The relationship with their spouse is built on expectations of traditional duties, rather than the leveler that is a relationship that does not see marriage as the final goal.

In other cases, single men and women find it difficult to adopt since they do not form the traditional family unit. In sum, looking at one’s wedding as a milestone or accomplishment is seductive especially when family and friends treat it as such. The question is less about whether such a celebration should take place and more about what is being celebrated.

In Seeing Like a Feminist (2012) academic Nivedita Menon argued that the family unit has been constructed by society and the state to mean a heterosexual man with wife and child, to the exclusion of all other loving and nurturing relationships such as one of the siblings, close friends, unmarried mothers and fathers, homosexual couples and so on.

In this light, two major concerns have been raised in disagreement with my own that warrants attention. The first is that individuals may agree to an arranged marriage because of the loneliness that may accompany being the single person amongst friends and the seeming stability of a marital partnership.

“It is instinctively understood, marital alliances founded on caste and community, do not prioritise love, respect, and trust. “

The assumption that underlies this is that a legally married spouse provides contentment and resolves loneliness. However, matrimonial websites and eager family members when suggesting alliances least consider personalities, emotional and intellectual compatibilities. It is instinctively understood, marital alliances founded on caste and community, do not prioritise love, respect, and trust.

This may be attributed in part to the stigma associated with divorce that compels women to continue in unhappy, even abusive marriages. This is also due to the logistical difficulties in obtaining divorce due to limited state, court, or family support. What affects also is the financial dependence of women, particularly those with children, whose careers were the collateral of the marriage. In sum, there is no evidence to suggest that marriage may address matters of stability and loneliness. And at the heart of it, what is important to dismantle is the idea of marriage as the gold pot at the end of the tunnel.

Let me conclude by daring to dream: if getting married in India was not the expected way, if arranged marriages were not booming businesses, and if couples made the choice to commit without familial or state interference, we may stumble upon our very own homegrown feminism.

(The author is a PhD candidate at the Department of History, McGill University. Views expressed are personal.)