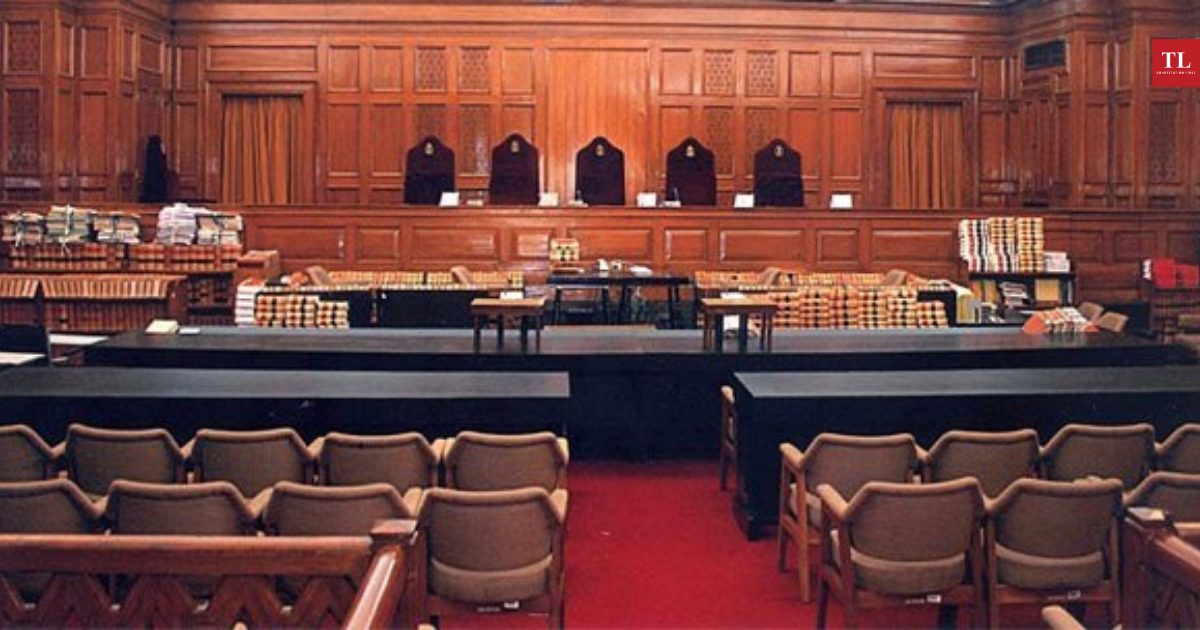 The Dilemma of registering a direction or circulating an order…

A single bench of the Madras High Court recently directed the court registry to circulate its judgment, but a division bench set aside this order. GAURAV THOTE examines the relationship of the court registry with the judicial functions of the court, and the roster system in light of this and other rulings.

RECENTLY, a division bench of the Madras High Court set aside the direction of a single-judge bench to the Registry to circulate its judgment. The division bench held that when a direction is to be issued to the subordinate judiciary or executive, the matter had to be referred to the Chief Justice, who would place it before an appropriate bench that deals with Public Interest Litigation.

Relying on a judgment of the apex court in State of UP v. Neeraj Chaubey, the division bench held that since the Chief Justice was the master of the roster, a direction to circulate a judgement issued without being referred to an appropriate bench first amounted to administrative interference.

The single-judge bench had issued directions related to documentary evidence obtained under the Right to Information Act, 2005, before the Motor Accidents Claims Tribunals (MACTs) and the liability of police officers under the Motor Vehicles Act, 1988.

The division bench upheld the judgment but set aside the direction to the registry to circulate it.

Chief Justice as Master of the Roster

No doubt the Chief Justice is the master of the roster and administrative control over the court lies with him. However, on the judicial side, he is the first among equals.

The Supreme Court has confirmed in a large number of judgments that the Chief Justice has the prerogative to constitute benches and allocate cases to them. Companion judges can only work as allotted cases by the Chief Justice or under his directions.

The administrative role of the Chief Justice, however, ends here. He has no control over the authority of the bench deciding the case. In case of default listings, the Chief Justice can intervene and transfer cases to benches as per the roster.

Nevertheless, in the instant case, it is not the petitioner’s contention that the single-judge bench of the Madras High Court incorrectly took cognisance of the issue. The petitioner did not question the correctness of the order but only contended that the directions issued were jeopardising roster allocation.

The role of the registry is to give effect to a judicial order or pronouncement of a court. Section 3 of Order I of the Supreme Court Rules, 2013, states that where, going by the rules or any order of the court, any step is required to be taken in connection with any cause, appeal or matter before the court, that step shall unless the context otherwise requires, be taken in the registry.

A registry, though not administratively subordinate, is judicially subordinate to a court. On several occasions, courts have sought explanations from the registry for its conduct.

On 16 June 2020, the Supreme Court directed the registry to explain why the petition filed by businessman Vijay Mallya, who had sought a review of its 2017 order holding him guilty of contempt for transferring US$40 million to his children, was not listed before the court for the last three years.

A three-judge bench headed by Justice Sanjay Kishan Kaul had also sought an explanation from the registry over the listing of an anticipatory bail matter after almost a year despite orders to list it in four weeks from issuing notice. These are clear indications of the registry being amenable to the court’s order.

In P. Surendran v. State, the Supreme Court observed that the registry was not empowered to exercise judicial powers. It set aside the order passed by the registry of the Madras High Court that had declined to number a petition based on doubting its maintainability. Directions were given to have the petition concerned numbered and placed before an appropriate bench of the High Court.

Directions to Circulate Judgments and Orders

It is a practice of High Courts to circulate judgments and orders to enlighten authorities on the law so that they are followed in letter and spirit. Courts have felt it their duty to ensure that the authorities are abreast of the law.

In a matter that this writer represented before the Bombay High Court (Nayantara Gupta v. State of Maharashtra 2020), the judge observed that a casual approach by the investigating officer and public prosecutor in discharging their statutory duties was detrimental to societal interest.

The judge deemed it necessary to direct the Additional Public Prosecutor to circulate a copy of the judgment to the Commissioner of Customs, Narcotics Cell on account of serious lapses and so that the concerned authorities fixed accountability and adopted corrective measures.

In State of Maharashtra v. Ajay Dayaram Gopnarayan and Anr, 2014, the Nagpur Bench of the Bombay High Court was amazed that despite a prescribed format to file a list of documents under Section 294(2) of the Code of Criminal Procedure, the prosecutor and accused had prepared a format and list as per their whims. The bench directed the Registrar General to circulate the judgment to magistrates and trial judges.

It also directed the Registry to forward a copy to the Principal Secretary, Law and Judiciary, who could supply the printed format of the list to the prosecutors in the courts and also publish it on the website.

In R. Venkataraman v. The Director General of Police, a single-judge bench of the Madras High Court, while dealing with a petition seeking transfer of investigation in idol theft cases, passed a spate of directions to several authorities and sought a compliance report. The government of Tamil Nadu appealed before the Supreme Court, which upheld the High Court’s order.

Article 227 of the Constitution says High Courts shall have superintendence over all courts and tribunals throughout the territories in their jurisdiction.

A direction issued by the High Court to appraise a court or tribunal about the applicable law can thus be construed as an exercise of supervisory jurisdiction under Article 227.

Given that MACTs in Tamil Nadu and Puducherry are subordinate to the Madras High Court, the single-judge bench was perfectly justified in directing the registry to circulate its judgment to the presiding officers of the MACTs to apprise them about the law. Therefore, the division bench ruling is far too stretched, and legally unsustainable.

(Gaurav Thote is an advocate practising at the Bombay High Court. The views expressed are personal.)