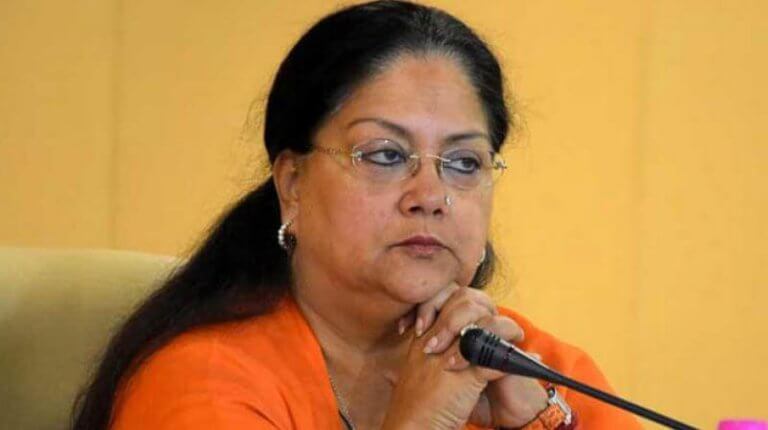 The Criminal Laws (Rajasthan Amendment) Ordinance, 2017 (“the Ordinance”) was promulgated on 06th September 2017. The Ordinance interalia prevents a magistrate from directing registration of an FIR against a public servant under Section 156(3) CrPC without prior sanction of the Government. The Ordinance also restrains the print and electronic media from reportage of names of the accused public servants.

The Ordinance raises interesting legal and constitutional issues. Firstly, whether mandating prior sanction at the stage of Section 156(3) CrPC could have the effect of stifling investigation at threshold and whether the same is in conformity with the law laid down by the Supreme Court. Secondly, whether the media restraint could be termed as a reasonable restriction under Article 14 and 19 and more importantly whether the stringent requirements of Article 213 were met before promulgating the Ordinance.

Section 156(3) empowers a Court to direct police investigation/registration of a FIR. The raison de etre of the provision is to take care of circumstances where the police fail in discharge of their statutory duties. In corruption cases where the action of a public servant is in question, the provision of Section 156(3) assumes crucial importance as the police (which is directly under the control of the executive) may not be desirous of setting the criminal law in motion against influential public servants. Thus, Section 156(3) is an important safeguard against the failure of the police machinery to set the criminal law in motion.

Whilst it cannot be gainsaid that criminal law has to be put in motion without any political influence, it is equally trite that honest public servants ought not to be prosecuted for actions in discharge of their official duties on frivolous and vexatious grounds. The requirement of sanction under Section 19 of the Prevention of Corruption Act, 1988 (“PC Act”) and Section 197 CrPC aim at providing a safety value against abuse of the provisions of criminal law.

The existing provisions of sanction attempt to maintain a delicate balance between two competing and contrarian interests. One, the need to ensure that an honest public servant is not hounded in performance of his/her official duties by frivolous complaints and the other that investigation into an allegation of crime is not stifled at the threshold due to power and influence of a public servant.

This balance is sought to be achieved by providing that “No court shall take cognizance of an offence, until prior sanction is obtained. Thus, Section 197 CrPC as also Section 19 of the PC mandate the requirement of sanction only at the time of taking cognizance of an offence by a Court and at not at any stage anterior thereto. The consistent view taken by the Supreme Court since 1950 was that if the magistrate directs an investigation under Section 156(3) it cannot be said that ‘cognizance’ is taken.

In Nand Ram Agarwala v. H.C. Bhariand AIR 1956 SC 44(1) a constitution bench held that ‘sanction was required at the stage of taking cognizance only and not prior to it. Similarly in State of Rajasthan V Raj Kumar (1998) 6 SCC 551, it was again held that there was no requirement for sanction before filing of a charge sheet under Section 173 CrPC.

The Courts had rightly taken the view that the concept of sanction cannot be attracted at the stage of investigation and would be attracted only on completion of investigation in a police case i.e after the charge sheet is filed under Section 173 CrPC and under section 190(1)(a) (in a complaint case) when the magistrate applies his mind to the contents of the complaint for the purposes of proceeding further i.e issuing summons etc.

This interpretation was a correct and balanced interpretation under which an investigation against a puboic servant was allowed to be carried on without nixing at a nascent stage by insisting on prior sanction. However once investigation was over ( in a police case) or where the magistrate decides to proceed further in a complaint case, the bar of sanction would get attracted. This could ensure honest public servants are not prosecuted on frivolous complaints. Thus, the requirement of sanction at the time of cognizance and not at any anterior stage secured and balanced both the interests of the complainant as well as the accused public servant.

However, two recent decisions of smaller benches (division bench) of the Supreme Court (which appear to be per incuriam) have upset this delicate balance between the contrarian interests of a complainant and the accused public servant.

In Anil Kumar vs. M.K. Aiyappa (2013) 10 SCC 705 a division bench of the Apex Court held that Section 19, PC Act applies at the threshold itself and that an application under Section 156(3)CrPC for investigation was not maintainable without obtaining prior sanction of the competent authority. This has recently been followed again in L. Narayana Swamy (2016) 5 SCC 598.

The Rajasthan Ordinance seems to give effect to the law laid down in Aiyyappa and Narayana Swamy cases by mandating that a magistrate cannot direct investigation under Section 156(3) without there being prior sanction.

Jurisprudentially speaking, there is absolutely no logic or rationale as to why a court should be precluded from directing an investigation by the police under Section 156(3) without sanction especially when there is no bar on the police itself to register an FIR and start investigation without waiting for sanction.

Aiyappa and Swamy fail to address fundamental policy questions. Are we to assume that a court cannot be trusted over the Police? Is a Court of law not competent enough apply its mind to see through frivolous complaints. More importantly, is the judiciary going to be a mute spectator when a complaint is not even investigated by denying prior sanction.

The practical consequence of the interpretation laid down in Aiyappa and Swamy would mean that a high-ranking public servant can influence the police not to set criminal law in motion and on the other hand if an aggrieved party was to approach the Court the hands of the Court would be tied to direct registration of a FIR in the absence of a sanction which again would be at the mercy of the political executive.

The Constitution bench in Subramanian Swamy v. Union of India (2014) 8 SCC 682, quashed the single directive under the Delhi Special Police Establishment which had required prior sanction for investigation into crimes committed by high-ranking public servants . It was held that if there is an accusation of bribery, graft, illegal gratification or criminal misconduct against a public servant, then the status of the offender is not relevant.

The law laid down in Aiyappa and Swamy is thus contrary to the decisions of larger benches in RR Chari (3 judges), Nand Ram Agarwala( 5 judges) and Subramanian Swamy (5 judges). It is thus imperative that the Apex Court clarifies the aforesaid anomalies and renders an authoritative pronouncement on the law of sanction so that Governments, such as Rajasthan, do not rely upon smaller bench judgments to justify the mandating requirement of sanction at the 156(3) stage.

On the second issue relating to media gag imposed by Ordinance, the Ordinance seems to be ex facie violative of Articles 14 and 19. Article 14 envisages a reasonable classification. Can it be said that the class of public servants require special protection from media scrutiny when they are accused of an offence? What about protection of a lay accused who gets tried by the media? Is he also not entitled to claim protection from a media trial? Thus the Ordinance when tested on the anvil of reasonable classification cannot be justified. Moreover, a black out mandate on reporting of pre sanction investigation does not appear to be a reasonable restriction under Article 19. In Sahara India Real Estate Corpn. Ltd. v. SEBI, (2012) 10 SCC 603, a constitution bench of the Supreme Court categorically upheld the right of the media to court reportage and held

Last but not the least, the Ordinance making power is an emergent legislative power to be used by the executive in exigent situations where the legislature is in recess and there is an emergent need to fill in a legislative vaccum. There was no pressing necessity to introduce an amendment to Section 156(3) CrPC by an Ordinance.

“The Governor is required to form a satisfaction of the existence of circumstances which makes it necessary to take immediate action. Necessity is distinguished from a mere desirability. The expression “necessity” coupled with “immediate action” conveys the sense that it is imperative due to an emergent situation to promulgate an Ordinance during the period when the legislature is not in session.”

The Ordinance thus appears to fail to pass the Constitutional muster under Article 213 as well.

Devadatt Kamat is Additional Advocate General, Karnataka and practices in the Supreme Court. Views are personal.