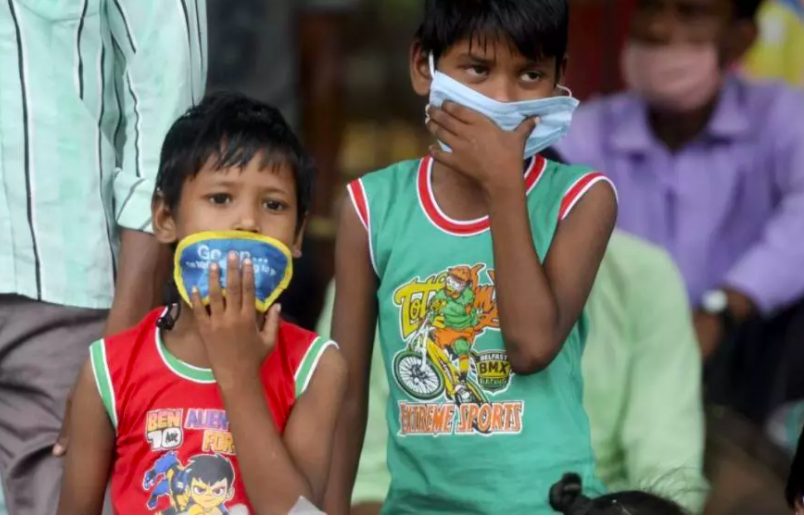 Representational use only.
Child RightsCOVID-19Governance

Staggering Number of Children Impacted by Parental Loss, Abuse Due to Covid-19

Ritika Upadhyay (name changed) from Sultanpur district, Uttar Pradesh, made a distress call to the Bachpan Bachao Andolan (BBA)’s helpline, about her neighbour, Guddu Srivastav (name changed), succumbing to COVID-19. He was the sole breadwinner of a family of five, including a wife and three children. The BBA team, through the NGO network in the district, provided the family with immediate assistance of dry ration, facilitated COVID-19 tests of the children (later the rapid antigen tests came negative), and wrote to the Child Welfare Committee (CWC) to produce the children before it so that they can be linked to government schemes.

This is the legal way to assist children in distress but there is little awareness on the due process.

The National Commission for Protection of Child Rights (NCPCR) recently informed the Supreme Court that till June 5, as per data submitted by different states, as many as 30,071 children were orphaned, lost a parent or have been abandoned primarily due to the pandemic. Out of the total, 26,176 children have lost a parent, 3,621 have been orphaned and 274 have been abandoned.

The NCPCR further stated that the children lost either their mother or father or both parents between April 1, 2020 and June 5, 2021, to COVID-19 and other causes.

Anurag Kundu, chairperson, Delhi Commission for Protection of Child Rights (DCPCR) under the government of Delhi, says that parental loss has both financial and psychological impact on children. “When a child loses parent(s), they lose their sense of comfort; they suffer from anxiety, mood swings, and loss of appetite. Children belonging to the middle and lower income classes are financially the worst affected as access to ration gets compromised, and in the long run, income drops and children are either forced to drop out of school or go to poorer education schools.”

The concern, therefore, is effective ways to supporting children who have lost parent(s) and children in distress.

Though adoption is romanticised, there is a stringent legal process for it. Swagata Raha, Head of Restorative Practices, Enfold Proactive Health Trust, clarifies the legal definition of an ‘orphan’: “Section 2 (42), Juvenile Justice (Care and Protection of Children) Act 2015, lays down that an orphan is a child who is without biological parents or a legal guardian or has a legal guardian but who is not able to or willing to take care of the child.”

Direct adoption and making appeals for the same are punishable offences. Union Minister for Women & Child Development, Smriti Irani, in a Twitter thread informed about the legal way to support children who have lost parent(s). “If you come to know of any child who has lost both parents to COVID and has no one to take care of her/him, inform Police or Child Welfare Committee of your district or contact Childline 1098. It is your legal responsibility,” she tweeted.

The Supreme Court had also recently directed the States and Union Territories (UTs) to take stringent action against individuals and NGOs who invite people to illegally adopt children orphaned by the COVID-19 pandemic.

Anubha Bhonsle, independent journalist and founder of Newsworthy, who has curated a comprehensive guide of resource lists for children impacted by COVID-19, says, “One cannot just go and adopt a child, as social media messages with even the best of intentions suggests. Adoption is a legal process under CARA, the Central Adoption Resource Authority. And a child who may have lost parents is not necessarily “up for adoption”. Widespread awareness on what people should do including calling 1098, the national child helpline number, if they see a child in distress is vital.”

Sonal Kapoor, founder-director of Delhi-based Protsahan India Foundation, at an online session organised by Dream A Dream on responding to children in distress due to the pandemic, observed that institutionalised care should be the last resort. “Every orphan child does not have to end up in a child care home/institute. A simple family with limited resources or extended family is preferable.”

Swagata of Enfold Proactive Health Trust adds that the law recognises that family and community responsibility has its place and therefore, there are only certain situations in which children should be brought into the legal system. “This includes children being exploited in violation of labour laws, children in exploitative situations, children who are being or have been trafficked, children facing violence without any support and children who are at the risk of being married off.”

Even as extended family is preferred, the concern is whether they can afford to ensure child care, from medical cost to education. Recognising this, Protsahan is working on the ground to support such families by providing dry ration support with high protein content, providing need-based scholarships to adolescents and children, especially those who have lost parent(s) to COVID-19, linking children to government schemes in collaboration with child protection officers and partnerships, and holding creative storytelling sessions, among other initiatives.

However, documentation can act as a roadblock to accessing such schemes. Anurag says, “Government schemes are designed in a way to prevent its misuse. But in the attempt to ensure non-misuse, such as insisting on documentation, it becomes difficult to access. The process should be simpler and liberal.”

Even as there is social media frenzy over adoption, the ground reality is far more complex. There are other vulnerabilities to consider. Sonal says, “From the cases we have seen, 5-8% children have experienced parental loss while the rest 95-92% are other severe cases of child labour, sexual abuse, and incest.”

She adds, “In the last three months, specific to the number of cases that is coming from the community, we have seen cases of child labour, using children (both boys and girls) for ‘transactional’ sex in exchange for food/ration, children being pushed into labour to supplement family income (there is no saying if they can get back to school even if the pandemic situation eases), and several cases of incest.”

Anurag says that among non-parental loss issues are children not being able to play, disruption in routine immunisation of children, and learning loss due to school closure.

Child and adolescent psychiatrist, Dr Bhooshan Shukla, says that children should be allowed to play while ensuring they are masked up and are supervised by an adult. He adds that there need not be fear-mongering. “We should be cautiously optimistic. Housing societies need to get out of their panic mode and allow children to play and interact with their friends for some time. Some children are outgoing and need socialisation, some children are okay staying at home, while some others are somewhere in-between these two–they like to stay home and socialise.”

As for the difficult task of breaking the news of the loss of a parent to a child, Dr Shukla says it must be done. “Adults often think that a child will go into pieces if told about a loss, but children are not so fragile. Children often suspect something is wrong and being in that state of limbo is painful. Also, the family will be able to mourn along with the child instead of hemming in their grief,” the doctor says. A child who has lost their mother should be handed over to a mother figure, for example, a grandmother, he adds.

The rehabilitation of children in distress needs long-term intervention from the government, NGOs, and civil society. As Sonal observes, “We are looking at a generation of children battling extreme distress and facing severe trauma who will grow up to be broken adults. Not every child has the privilege of safe home, loving parents and digital connectivity. Every day, the stories from the ground are becoming more heart-breaking even for civil society at large that has always worked in these spaces.” According to her, children sometimes tend to experience excessive guilt about a loved one’s death, or they may also believe that their behaviour somehow caused something bad to happen. “Grief counselling can help a child develop healthier core beliefs and sense of self worth,” she says.

“This is a child protection emergency,” notes Sonal, underlining that the society needs to understand that needs-based interventions would not be enough; rights-based thinking and policy need to be key on issues like safe and legal adoption procedures, tackling vaccination hesitancy in remote pockets and systematically addressing issues of vulnerable children. These issues are not unrelated but larger pieces of the huge system’s crumbling domino effect.

(The writer is an independent journalist.)