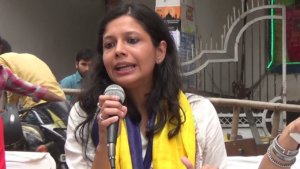 Warisha Farasat and Shadan Farasat were the lawyers of BMMA in the triple talaq case. In an interview with Ankita Ramgopal they narrate their involvement with the issue, the legal points raised and the judicial reasoning in the judgement.

How did you come to be associated with the issue of triple talaq?

We were representing two women who were founders of the Bhartiya Muslim Mahila Andolan (BMMA) in this matter- Zakia Soman and Noorjehan Safia Niaz. These women have done a lot of work through their organisations around women’s issues within the community. They have a long history of engaging with Muslim women while upholding Islamic rights, for instance, they have introduced concepts like women qazis. They work within the framework of Islam and the Quran and interpret the rights that are accorded to women and the discrepancy that has crept in over the years between the teachings of the Quran and what is currently being followed. They were impleaded as a party in the issue in 2016.

What were the main arguments on behalf of BMMA during the hearings?

Our main argument was that talaq-i-biddat or instantaneous talaq is un-Islamic since there is no mention of such a form of talaq in the Quran.

When you look at the sources of Islamic law there are 4 main sources. First is the Quran, which is the primary source. Second is Hadiths which comprises of the life and teachings of the Prophet Mohammed. Third is Ijma which can be understood as the consensus of the learned, experts interpret the Islamic law and their teachings become a source. Fourth is Qiyas which is deductive reasoning from the first three sources. One can say that what is in the Quran is the binding law.

Our main argument during the hearing for triple talaq was that in the Quran there’s no mention of triple talaq at all. Even within the Hadiths you can see that the Prophet Muhammad deprecated this practice- it was not something that was appreciated. It was under rare circumstances that the practice was introduced in the time of the second Caliph. Quran doesn’t provide for it. The modes of divorce that are provided in the Quran focuses on attempts at reconciliation as a necessary prerequisite. The very nature of triple talaq warrants immediate pronunciation of ‘talaq’ and it becomes effective immediately. It does not allow for reconciliation and, therefore, goes directly against the Quran.

Another one of our arguments was that when you are looking at a statute of any kind if it goes against validity of Islam then it can be revoked on that ground, you don’t have to test the constitutionality of such a statute. There are enough judicial precedents by Courts in the country where instantaneous triple talaq or talaq-e-bidaat has been set aside. Notable amongst that is the Masroor Ahmed judgment of the Delhi High Court, which had effectively set aside talaq-e-bidaat in one sitting. Even the Shamim Ara judgment of the Supreme Court in 2002 had necessarily mandated that efforts at reconciliation are a prerequsite to the talaq taking effect.  Thus, one does not have to go as far as testing the constitutionality since it’s not part of the tenets as already explained in these judgments.

What was your initial response to the judgment when it was pronounced?

There was quite a bit of confusion in the court room that day as Justice Khehar read out his minority opinion first and everyone assumed that this was the verdict of the court. Initially in the first 10 minutes everyone thought it had not been set aside. But then it was clarified once Justice Kurien Joseph and Justice Nariman read out their judgments. It was interesting for those 10 minutes in the courtroom.

Were you satisfied with the reasoning of the judgment?

Broadly yes. There are parts in Justice Khehar’s judgment where he has held that instantaneous triple talaq is an essential religious practise and protected under Article 25 of the Constitution. We do not think that is the correct analysis. Leaving that, all the three judgments make important legal points. Justice Kurien has quite closely adopted the reasoning that we presented in court and stated what is not prescribed in Quran cannot be part of Shariah (Islamic) law. Justice Nariman and Justice Lalit’s judgment also brings out certain aspects which are very relevant. The other majority of Justice Joseph and Justice Khehar and Nazeer has also held that uncodified personal law is not subject to fundamental rights under the Indian Constitution. The minority on this point of Justice Nariman and Justice Lalit disagrees with them.

With regard to the Court skirting the question of personal laws being amenable to Part III of the Constitution, do you think that will work in favour of tackling discriminating personal laws in the future?

It is a complex issue, with no simple answer. One needs to be slightly cautious when framing that question because personal laws, specially in the current political context, have been subject to motivated political attacks and we don’t think one can be unmindful of that. We don’t want to say that it should not be amenable to constitutional challenges, but once you open that door within a political context like ours currently where everything is sensationalised and Muslims are unfairly projected to be only regressive as a community. As we have said earlier, for the purposes of this particular case, the legal position adopted was that there is no need to go as far as constitutionality, as the question could be answered in favour of the women on sharia grounds alone.

With regard to this judgment opening the doors of personal laws being challenged in court, it would be difficult to play up a constitutional challenge based on this judgment because a majority of three judges seemed to have ruled that out.

Plurality of religion on the Bench was lauded, but with regard to gender there was marked absence in representation. What do you have to say about that?

We do think there could have been a woman judge on this bench. However, the problem of representation of woman on the bench is much broader and at the Supreme Court level and can be applied across all types of cases and not just this one as there is only one female judge on the Supreme Court right now.

Has this judgment furthered the cause of Muslim women towards getting equality?

Absolutely. It’s a positive step forward in that effect. It is a victory of Muslim women who have been fighting for decades and groups like the BMMA who have done a lot of organic work with the community and have been raising these issues for a long time. We would also like to add that no political party should appropriate this judgment for political gains. There’s been a lot of debate and discussion regarding this issue. There is a narrative going around that Muslim women need saving which is deeply wrong, and it needs to change. Muslim women need no saving. No one else should claim their victory, particularly not the government. The plurality of arguments presented on behalf of the Muslim community proved that there is a lively discussion and debate on all issues of personal law, and Muslim women can defend their own rights effectively.

Ankita Ramgopal is Research and Advocacy Officer at Lawyers Collective.