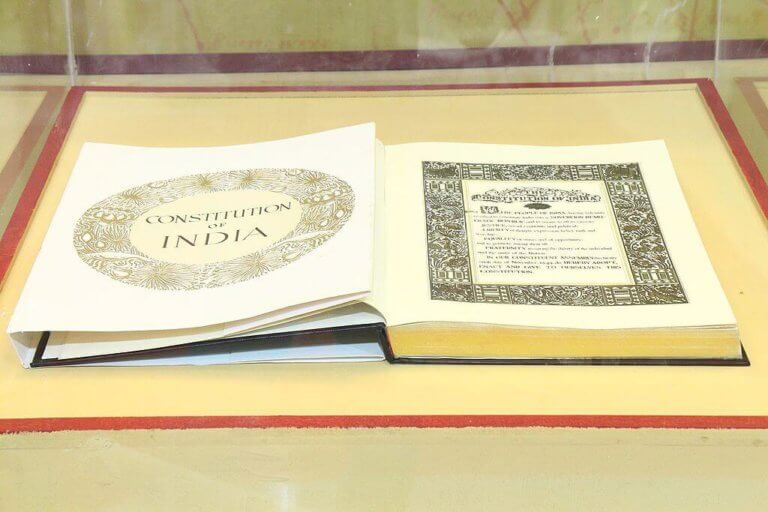 Uncovering the Silences in the Constitution

Through the use of purposive interpretation the goal should be to preserve equality, freedom, dignity, and personal liberty through every legislation

Through the seventy years of the Indian Supreme Court, despite the Indian Constitution being one of the most detailed constitutions in the world, the accepted modes of interpretation of legal documents, especially the constitution has moved beyond simply following the literal approach of abiding by the letter of the law. To get a wholesome picture, it became important to keep in mind the intent of the drafters of that law, along with an understanding of the object and reasons for that particular law.

In the theory of statutory interpretation, the doctrine of literal as well as purposive interpretation are well known. Purposive interpretation was employed as the mischief rule, i.e., to be used by the courts to understand the intent of the Parliament when the statute to be interpreted was meant to remedy certain mischief. The judgment of the nine judge bench on right to privacy is an example that can illustrate the tussle of the Supreme Court with literal and purposive interpretation when deciding on the status of right to privacy as in the Constitution of India. It has been clearly adduced in the opinion of Justice Chandrachud that the difference in these decisions owe much of their reasoning to the ongoing interpretational trends and precedents at that time, and can be demarcated into the Gopalan Era, and the RC Cooper and Maneka Gandhi era. Gopalan era is a reference to the judgement of A.K. Gopalan v. State of Punjab in 1950 where it was held that fundamental rights are to be interpreted as separate, and not overlapping with each other. However, this judgement was overturned by RC Cooper v. Union of India in 1970, and the judgment of Maneka Gandhi v. Union of India in 1978 detailed the holding of RC Cooper that fundamental rights are a bundle of rights and do not exist in isolated watertight compartments, and also introduced a newer threshold that the legality of every law should be tested on the basis of the golden triangle of Article 14, 19 and 21, i.e. equality, freedom, and personal liberty.

When looking at the Indian jurisprudence of right to privacy, it can be noticed that the 8 Judge Bench in M.P. Sharma v. Satish Chandra categorically refused to grant a constitutional status to right to privacy holding that it isn’t necessary to carve this right through a strained construction if the constitution makers have left it out. This is an example of the textualist school of interpretation which can be attributed to the judgment in AK Gopalan. Even in Gobind v. State of Madhya Pradesh, in 1975, the Supreme Court did take a step forward in assuming that if right to privacy was a fundamental right, it could be restricted only on compelling state interest, but was tied down due to the precedent set in previous cases. However, Justice Subba Rao’s dissent in Kharak Singh v. State of UP (1963), has been lauded for its foresight in holding, one, that personal liberty is a comprehensive right, and second, that privacy is an essential ingredient of personal liberty.

Due to purposive interpretation, it became possible that Article 21 was expanded to include right to livelihood, right to food, right to portable drinking water, that were read into the fundamental right of dignity and personal liberty. Right to privacy, was similarly granted the status of fundamental right by various benches of the Supreme Court in cases of differing contexts, such as PUCL v. Union of India (1994), R. Rajagopal v. State of Tamil Nadu (1994),  Selvi v. State of Karnataka (2010), to name a few. The doctrine of purposive interpretation is often accompanied by the doctrine of constitutional silence and abeyance, and the doctrine of constitutional implication. The doctrine of silence holds regard for the unwritten portion of the constitution that evokes the power of understanding the text in a specific context. On the other hand, that of constitutional implication seeks consideration for an interpretation that would give the provision in question a particular meaning after examining the constitution scheme and the language of other provisions in the Constitution.

The Supreme Court in the judgment of Manoj Narula v. Union of India (2014) quotes Michael Foley from his treatise on The Silence of Constitutions (Routledge, London and New York) as,   “abeyances are valuable, therefore, not in spite of their obscurity but because of it. They are significant for the attitudes and approaches to the Constitution that they evoke, rather than the content or substance of their strictures”. (P. 10) Despite the absence of any documentary or material form, these abeyances are real and are an integral part of any Constitution. What remains unwritten and indeterminate can be just as much responsible for the operational character and restraining quality of a Constitution as its more tangible and codified components.” (P. 82)”

“When the judiciary uses the cannon of purposive interpretation to understand the underlying silences, or implications in the constitution, the goal should be to preserve equality, freedom, dignity, and personal liberty through every legislation.”

In the recent judgment of K.S. Puttaswamy v. Union of India the usage of purposive construction, and the furtherance of the constitution as a living document was acknowledged and elaborated in determining right to privacy as an inalienable and inherent fundamental right that exists by the virtue of being a human.

Justice Chelameswar articulated the need for purposive interpretation in this judgment as follows:

“If a right is recognised by the express language of a statute, no question of implying such a right from some provision of such statute arises. Implications are logical extensions of stipulations in the express language of the statute and arise only when a statute is silent on certain aspects.  Implications are the product of the interpretative process, of silences of a Statute.  It is by now well settled that there are implications even in written Constitutions. The scope and amplitude of implications are to be ascertained in the light of the scheme and purpose sought to be achieved by a statute.  The purpose of the statute is to be ascertained from the overall scheme of the statute. Constitution is the fundamental law adumbrating the powers and duties of the various organs of the State and rights of the SUBJECTS and limitations thereon, of the State.  In my opinion, provisions purportedly conferring power on the State are in fact limitations on the State power to infringe on the liberty of SUBJECTS.  In the context of the interpretation of a Constitution the intensity of analysis to ascertain the purpose is required to be more profound.

To embrace a rule that the text of the Constitution is the only material to be looked at to understand the purpose and scheme of the Constitution would not only be detrimental to liberties of SUBJECTS but could also render the administration of the State unduly cumbersome.”

The Constitution is a living document that cannot be interpreted in the single context in which it was first written. It does demand to be interpreted through the ages, and as per the changing needs and contexts of the people it governs, albeit remaining firm on the preambular principles of ‘equality, liberty, fraternity, justice.’

Justice Khanna, in his opinion in Kesavanada Bharati v. Union of India referred to the Constitution as “the vehicle of the life of a nation”, and emphasised that “Constitution is not a gate but a road.” These metaphors point to how the Constitution is the life and blood, the underlying of the foundation of the legal system in our country- it is intended to be a document that evolves with the growth and development in the society it tends to govern. A static constitution would be a gate, enclosing our country, rather than letting it lead forward.

Like many other rights, right to privacy became a part of Article 21 through the means of purposive interpretation, but it was taken a step forward by calling it an inherent inalienable right. It will be quite interesting to see that on the basis of this fundamental right, the court may be called to look into the validity of various laws that seek to infringe upon the personal choices, or interfere with the private realm of the citizens. How strongly the court guards this inalienable right of its citizens will only be determined in the years to come.

As it is to purposive interpretation and the ability of the judges to embrace the aspirations of our times that we owe this judgement, quoting Justice Nariman’s opinion in K.S. Puttaswamy, on the need for moving beyond the textual and literal interpretation of the Constitution would be a befitting conclusion to this piece:

“Never must we forget the great John Marshall, C.J.’s admonition that it is a Constitution that we are expounding. [(see: McCulloch v. Maryland, 17 U.S. 316 at 407 (1819)].  Indeed a Constitution is meant to govern people’s lives, and as people’s lives keep evolving and changing with the times, so does the interpretation of the Constitution to keep pace with such changes.”

Nehmat Kaur is a Lawyer at Lawyers Collective