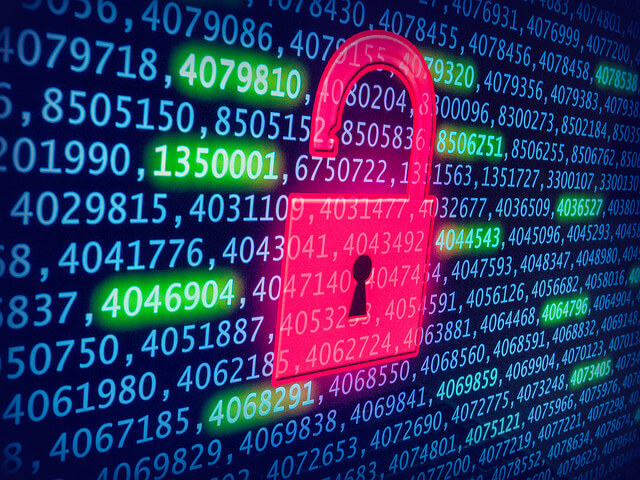 Right to Privacy in the United States of America

Right to privacy in a digital age has led to difficult challenges in the court rooms where they are asked to balance the interests of national security on one hand, and individual privacy on another.

“Various judicial authorities over time in the US have interpreted the right to privacy in varying contexts, but the seminal text for right to privacy can always be traced back to the essay written by Justice Louis D. Brandeis and Justice Samuel D. Warren on the Right to Privacy, that expands it to the right to be let alone.”

This text outlines the importance of the right in terms of unwanted intrusion, and consequently one’s own freedom and liberty. The United States Supreme Court has also laid down tests, like the test for ‘reasonable expectation of privacy’ that have been used in other jurisdictions as well to scrutinize an infringement of privacy.

In the United States, the right to privacy has been carved out of various rights, including the Fourth Amendment, Fourteenth Amendment, and the Ninth Amendment. The US Supreme Court upheld an illegal search and seizure as violative of the indefensible right to personal security, personal liberty, and private property in Boyd v. United States in 1886. Although this was primarily based on the principle of trespass, where the right to privacy was limited to the unwanted interference in a person’s private property. However, when Justice Bradley held in Boyd, “The principles laid down in this opinion affect the very essence of constitutional liberty and security… they apply to all invasions on the part of the government and its employees of the sanctity of a man’s home and the privacies of life. It is not the breaking of his doors and the rummaging of his drawers that constitutes the essence of the offence, but it is the invasion of his indefeasible right of personal security, personal liberty, and private property, — it is the invasion of this sacred right …” he linked such trespass to the personal security and liberty, thus, expanding its scope.

“This judgment upheld the right to access to contraceptives for a woman, and stated that the right to privacy is an intrinsic part of an individual’s private and personal life, and hence, the State should not interfere in such private matters of family and reproduction.”

This stance was elaborated in Roe v. Wade in 1973 where the Supreme Court held that a woman has a right to terminate her pregnancy, and an absence of such a right would be violative of the Fourteenth Amendment, and right to privacy as enunciated in Griswold v. Connecticut.

In a landmark judgment of 2015 in Obergefell v. Hodges, the Supreme Court of the United States remarked in relation to ‘sexual orientation’ that the state has no position in invading upon the ‘foundations of the family life’ of an individual. With this judgment, the Supreme Court granted the right to same sex couples to marry and upheld the cardinal and core principle of right to privacy.

The Supreme Court in the context of surveillance, did not hold wiretapping as an invasion of privacy in Olmstead v. United States, in as early as 1928. Where the majority held that ‘only hearing of such conversations’ would not constitute the search and seizure, Justice Brandies in his far-sighted dissent, hinted at the wrong precedent it would set. He poignantly wrote that, “Subtler and more far reaching means of invading privacy have become available to the Government. Discovery and invention have made it possible for the Government, by means far more effective than stretching upon the rack, to obtain disclosure in court of what is whispered in the closet. Morevoer, in the application of a constitution, our contemplation cannot be only of what has been, but of what may be.” It is pertinent to note that this was in an age when search and seizure, along with privacy was accorded the definition of private property and trespass, and it had not evolved into an understanding of privacy with respect to people instead of property. However, in 1967, the supreme Court overruled Olmstead in Katz v. United States, and laid down the test of ‘reasonable expectation of privacy’. This two part test was elaborated as “first, that a person has exhibited an actual (subjective) expectation of privacy, and second, that the expectation be one that society is prepared to recognize as reasonable.” This moved the scope of privacy from places to people, and also marked a generation of cases that were determined on the threshold of this test.

The theme of balancing privacy rights of an individual with the duty of the state to ensure public order can be seen through all the different circumstances in which these cases were decided by the US Supreme Court. In Stanley v. Georgia, in 1969, the US Supreme Court decided that a law cannot prosecute people for being in possession of obscene material in their own house, and emphasised on the fundamental right to be free from unwanted governmental intrusion into one’s privacy, except in very limited circumstances. It was differentiated in the case of Paris Adult Theatre I v. Slaton, where the Supreme Court held in 1973 that the playing of an obscene movie in a public theatre would not qualify as right to privacy of the individuals who were watching the movie.

With the advancement of technology, the contours of right to privacy were also developed further by the United States Supreme Court to adapt to the invasion of privacy that may take place through such technological mediums. In Kyollo v. United States, in 2001, the Supreme Court held that the use of thermal imaging by the state to ascertain the growth of marijuana in an individual’s house constitutes an invasion of the right to privacy, and was therefore, held as invalid. Justice Scalia pondered over the difficulty of distinguishing between intimate and non intimate activities, and   there is no surety that the thermal imaging will only pick up non intimate details.  The validity of a search and seizure by the use of technology was challenged in United States v. Jones in 2012 when the Supreme Court held that the use of GPS technology on a car, would be an invalid search, violative of privacy, and Justice Sonia Sotomayor rightly opined that “physical intrusion is now unnecessary to many forms of surveillance.”

Furthermore, in Riley v. California, in 2014, the search of an individual’s cellphone during a warrantless arrest was also deemed as an unconstitutional search and seizure of the digital content. In a unanimous decision, the Court focused on the importance of privacy changing its meaning in the digital world and held, “Modern cell phones are not just another technological convenience. With all they contain and all they may reveal, they hold for many Americans “the privacies of life”… the fact that technology now allows an individual to carry such information in his hand does not make the information any less worthy of the protection for which the Founders fought.”

Right to privacy in a digital age has led to difficult challenges in the court rooms where they are asked to balance the interests of national security on one hand, and individual privacy on another. The newer concepts are difficult to put in one strait jacket category, and their fluid character, does require a higher and stricter threshold for violation of an individual’s privacy. The cases such as the Apple encryption case where the FBI sought backdoors inside Apple’s encrypted systems for investigative purposes are an indication that with the digital revolution, balances will have to be maintained between privacy and interests of law enforcement. Moreover, a change in discourse, when talking about privacy, shifting from the current discourse of extreme national security to that of protecting privacy would lead to a better balancing of interests. The narrative should shift from how stronger privacy frameworks further stronger security for the data as well.

Nehmat Kaur is a Lawyer working for Lawyers Collective