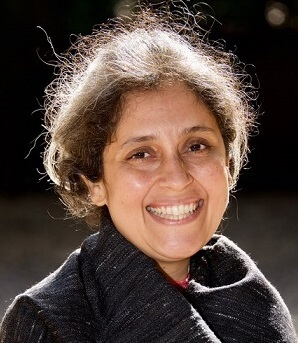 “None of the problems in the implementation of NREGA can be fixed by Aadhaar. On the contrary, Aadhaar is the source of some problems”, says Reetika Khera

Reetika Khera, Associate Professor of Economics at the Indian Institute of Technology Delhi, in conversation with Nehmat Kaur, sheds light on the ineffectiveness of Aadhaar in public welfare schemes (MNREGA, PDS)

NK: What are your reflections on the privacy judgment?

RK: The privacy judgment will be a great defence in the hands of ordinary citizens against state abuse of power. Over the years, there has been an increasing tendency for the state to enter the personal and private sphere of our lives. Be it our sexual orientation (section 377 of the IPC), who we marry (Hadiya case), what we eat, and so on. The nine judges have served us well.

Even for the pending Aadhaar challenge in Court, the privacy judgment will be crucial. Though some observers feel that the judgment (especially Justice DY Chandrachud’s) leaves the door wide open for Aadhaar, I don’t think that is the case at all. First, the Aadhaar project also undermines the right to life.

Second, the privacy judgment outlines how even the collection of personal data (say, as the Aadhaar project does) is potentially a violation of our rights and carefully outlines privacy concerns that arise in the age of information. While highlighting the importance of consent or data protection, the judgment suggests that they are aware that consent and data protection laws may not be adequate to address the concerns arising from data generation.

Consent is a weak point (some would even say, non-existent) in Aadhaar’s architecture. The Aadhaar “eco-system” demands high tech, digital and legal literacy. To foist such a system in a country like ours, where levels of education are low, where according to the 2011 census, nearly 30% of the population was not even literate, would be incredibly irresponsible.

Let me give an example. After enrolling NREGA labourers and PDS ration card holders into the Aadhaar database, they are now being asked to sign off on consent forms. Who is explaining to them the meaning of consent in this context, what its implications are etc? We have even seen forms where the consent form is pre-ticked! If they don’t, they can no longer get their entitlements (work and ration). They have no choice. Instead of “informed consent”, we have “forced consent”.

Returning to the potential of data mining in a digital economy, elaborating on the state’s ‘justifiable reasons for the collection and storage of data’ (prevention and investigation of crime and protection of revenue), Justice Chandrachud writes: “Digital platforms are a vital tool of ensuring good governance in a social welfare state. Information technology – legitimately deployed is a powerful enabler in the spread of innovation and knowledge.” This needs to be unpacked a bit.

“One, digitization has indeed contributed to better implementation of programmes such as NREGA and PDS, but that was digitization not Aadhaar. Digitization does not need Aadhaar. The two should not be conflated because from the available evidence, the addition of Aadhaar has hurt these programmes.”

Two, as far as information technology as enabler of innovation and knowledge is concerned, again, the judgment contains a slightly rose-tinted view of the role of information technology. I too shared this rose-tinted view of the digital economy and the potential for improvement using, for instance, big data techniques. The scales fell upon reading a widely-acclaimed booked “Weapons of Math Destruction” (WMD) by Cathy O’Neil, a mathematician who worked with a hedge-fund. Her work documents how data mining is actually being used not for enhancing welfare, but rather to seek out people’s vulnerable spots and to exploit them (e.g., to push payday loans down their throats, use their health information against them, etc.).

Any judge who sits on the Aadhaar benches in the coming months, absolutely must engage with this scholarship. Why? As a review in Scientific American puts it, “an insidious aspect of WMDs is the fact that they are invisible to those of us with more power and privilege in this society. As a white person living in a relatively affluent neighborhood, I am not targeted with ads for predatory payday lenders while I browse the web or harassed by police officers who are patrolling “sketchy” neighborhoods because an algorithm sends them there. People like me need to know that these things are happening to others and learn more about how to fight them.” The vulnerabilities O’Neil highlights will be magnified manifold in India due to low levels of tech and digital awareness.

NK: Do you think privacy is an elitist concept? (In reference to various comments that the disadvantaged don’t care about privacy, but rather better dispersal of welfare schemes)

RK: Not at all. In July this year, I had questioned this sort of understanding of privacy in an article published in The Wire. Privacy has many dimensions (including bodily integrity, data security etc.). Justice Chandrachud’s judgment has a really cool discussion of its importance for a democracy (pp. 217-221). Everyone should read those pages in full – in fact, it should be in school textbooks!.

One dimension of privacy is ‘personal integrity’, the discomfort from information about our lives being available to people or institutions with whom we do not wish to share it. It is this dimension that some feel is elitist. But even in this limited sense to label it an elitist concern is not right. As I’ve written earlier, everyone – rich or poor, man or woman, rural or urban – sets boundaries regarding what they share with others about their lives. These boundaries may vary by person (in Delhi’s buses and in the metro, for instance, I often blush when I hear young college students openly discussing their love interests). What is seen as a privacy concern varies from person to person (financial matters, food preferences, shopping habits, sexuality, medical history and so on) and over time too. People may not have the same language as us to articulate their privacy concerns. This is presented as a proof that privacy may not matter to Indians.

But can this really be interpreted as a lack of concern with privacy? On a recent shared taxi ride with two friends, the driver received a call and he felt uneasy continuing his conversation, because we were around. He said he would call back. To me that is nothing but an expression of valuing one’s privacy.

NK: Aadhaar is projected as the panacea for all evil surrounding the targeted service delivery system – preventing leakages, duplicates, ghosts.

RK:Even the government has become more careful about making these claims for the implementation of Aadhaar. This is because we have exposed that the only form of leakage that Aadhaar could have prevented was what we call ‘identity fraud’ (e.g., duplicates, ghosts) but in fact, the bulk of the leakages are due to ‘quantity fraud’ (under-selling, taking cuts), which biometric authentication or unique IDs cannot solve.

This is why both the UPA-2 and NDA-2 governments have been forced to rely on propaganda, and keep reinventing the purpose of the Aadhaar project. It started as a ‘game-changer’ for welfare and inclusion, then it became ‘transformational’ for financial inclusion (narrowly defined as opening of bank accounts – as if we didn’t have zero-balance no-frills bank accounts before Aadhaar!); along the way, sometimes prevention of tax evasion, terrorism, etc are mentioned. Most recently, Aadhaar will allow India to ‘leapfrog’ for future development, and drill into the ‘data-is-the-new-oil’ economy! There was also something about Aadhaar and a ‘whatsapp moment’ in finance, somewhere along the line.

According to you, what are the major challenges that are faced in a targeted delivery system, especially MNREGA?

MNREGA creates a universal (not targeted) entitlement for all adults in rural areas who are willing to work at the minimum wage. The main challenge to the programme since around 2010-11 has been a technocratic approach to implementing it, including over-centralization. Everything is sought to be controlled from Delhi, which is creating problems on the ground. Aadhaar is just one, but an important, aspect of this technocratic approach.

What ails NREGA at the moment is that demanding work has become a huge struggle as more and more hurdles are created in demanding work. (Earlier, if a worksite opened in their village, people could join in, even if they had not demanded work.) The next struggle is getting wages in a timely manner (the Act prescribes 15 days). Delays of 2-6 months are being reported. In this, the government is using technology (the Management Information System) to hide delays and to avoid payment of compensation for delays (also in the Act). What works should be undertaken, instead of being decided at the Gram Panchayat level (as required by the Act), are being decided by the PMO (at one time in UPA-2, there was a push for Bharat Nirman kendras, now its toilets or ponds). There are even reports that the dimension of the ponds are being decided in Delhi! Such is the over-centralization of controls.

Is Aadhaar capable of addressing those challenges?

“As you can see, none of the problems in the implementation of NREGA can be fixed by Aadhaar. On the contrary, Aadhaar is the source of some problems – e.g., workers can only be paid if they link their bank account and their job cards with their Aadhaar numbers. This is not a trivial exercise – as they have to rely on middlemen (data entry operators) to do this and there might be errors in the process, which means their wages get credited into the wrong person’s account.”

Figuring out where things went wrong is not trivial either – it can take one-two years to figure out that it was a wrongly-seeded Aadhaar number that is the source of the problem!

NK: With the implementation of the Aadhaar project, what is its cost benefit analysis with respect to MNREGA?

NK: What do you expect to be the future of Aadhaar project now that the Supreme Court has declared that right to privacy is a fundamental right?

RK: There is much in the privacy judgment that will help contain, if not entirely destroy, the Aadhaar project.

NK: Are there any other comments you would like to make?

RK: The poor have been suffering, largely in silence, the fallout of the Aadhaar project for months, if not years. They have nowhere to go. Getting an aadhaar number, linking it to various databases, ensuring that their biometrics work, etc., their woes are unending. In Andhra Pradesh and Telengana, according to government data, even after people have jumped through all these hoops, between 7-17% do not get their pension and/or NREGA wages due to failures of one or other aspect of this technology. Pensions provide dignity to the elderly; NREGA does the same by providing work and wages for the able-bodied. PDS rations, too, by ensuring that people don’t have to sleep hungry or beg, allow the disadvantaged a life of dignity.

The project was allowed to proliferate in spite of its weaknesses and early warnings about the disruption it would cause. Probably because the urban upper-caste and upper class were unaffected by it. It is only when Aadhaar’s cancerous spread began engulfing us (linking with PAN cards, mobiles and bank accounts and its attendant problems) that those with a voice in Indian society began to take an interest.

When the hearings resume, I feel that the ‘right to life’ challenge arising from the Aadhaar project, which is denying people their legal or other entitlements – work under NREGA, rations under the National Food Security Act (NFSA), pensions – must be become central to the arguments in Court. Justice Chandrachud’s judgment clearly states that “dignity of the individual”, among other things, are the “foundational pillars of the Indian Constitution.” The use of Aadhaar in welfare delivery is the anti-thesis of dignity.